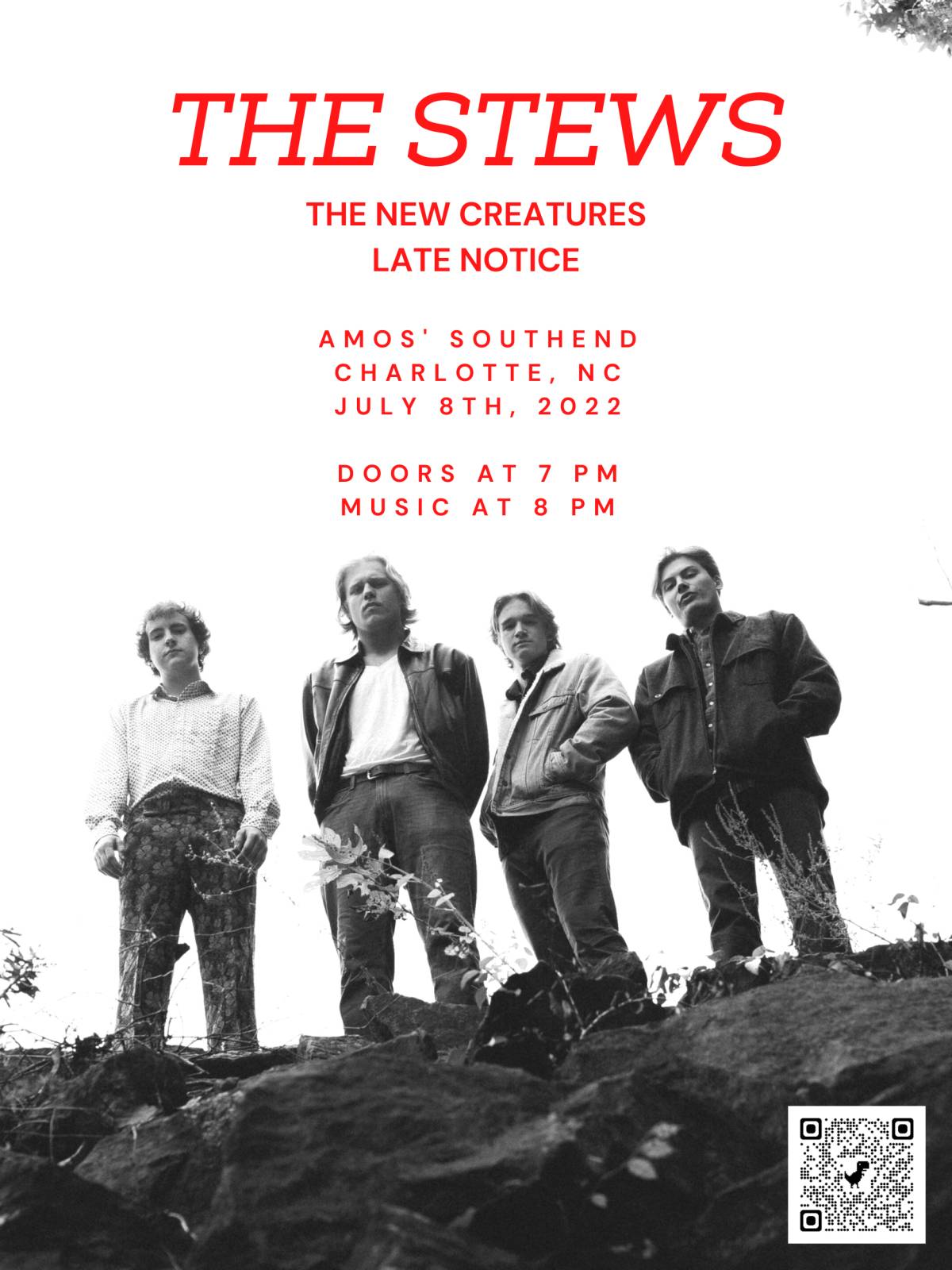 No Refunds All Sales Final

THE STEWS - The Stews’ sound takes inspiration from many different genres, styles, and moods across a wide range of music. Consisting of four members, Preston Hall (Lead Vocals, Lead Guitar), Blake Dobbs (Rhythm Guitar), Bennett Baugus (Bass Guitar), and Wyatt Griffith (Drums and Backing Vocals), the band formed in the fall of 2020 in Auburn, Alabama. With very diverse influences, the music created by this group of young, creative musicians is enjoyed by people of all walks of life. On April 15th, 2021 The Stews released their first collection of music: a five-song, self-titled EP, recorded at F.A.M.E. Studios in Muscle Shoals, Alabama. It was well-received by listeners, leaving the band excited for what the future has to hold.

THE NEW CREATURES - The New Creatures are a rock band that brings energy to whatever room they are playing in. Their music is influenced by a wide array of musical genres from garage, surf, and psych rock which all come together to create an exciting and memorable performance.  The boys try to keep it simple and play music that makes you want to move and enjoy the moment you are in with the people around you. Stay spicy!

LATE NOTICE - Six piece band, Late Notice, consists of two guitarists, a bass guitarist, keyboardist, drummer, and lead singer. They play a wide range of music from rock and indie rock to hip hop and even some freestyle rap. The band was brought together in August over a mutual love for music and a passion for performing. The six band members, Aidan Flynn, Yates Weaver, Chandler Kosterman, Madi Schoninger, Emerson Bruno, and Jared Marino are all current students of NC State