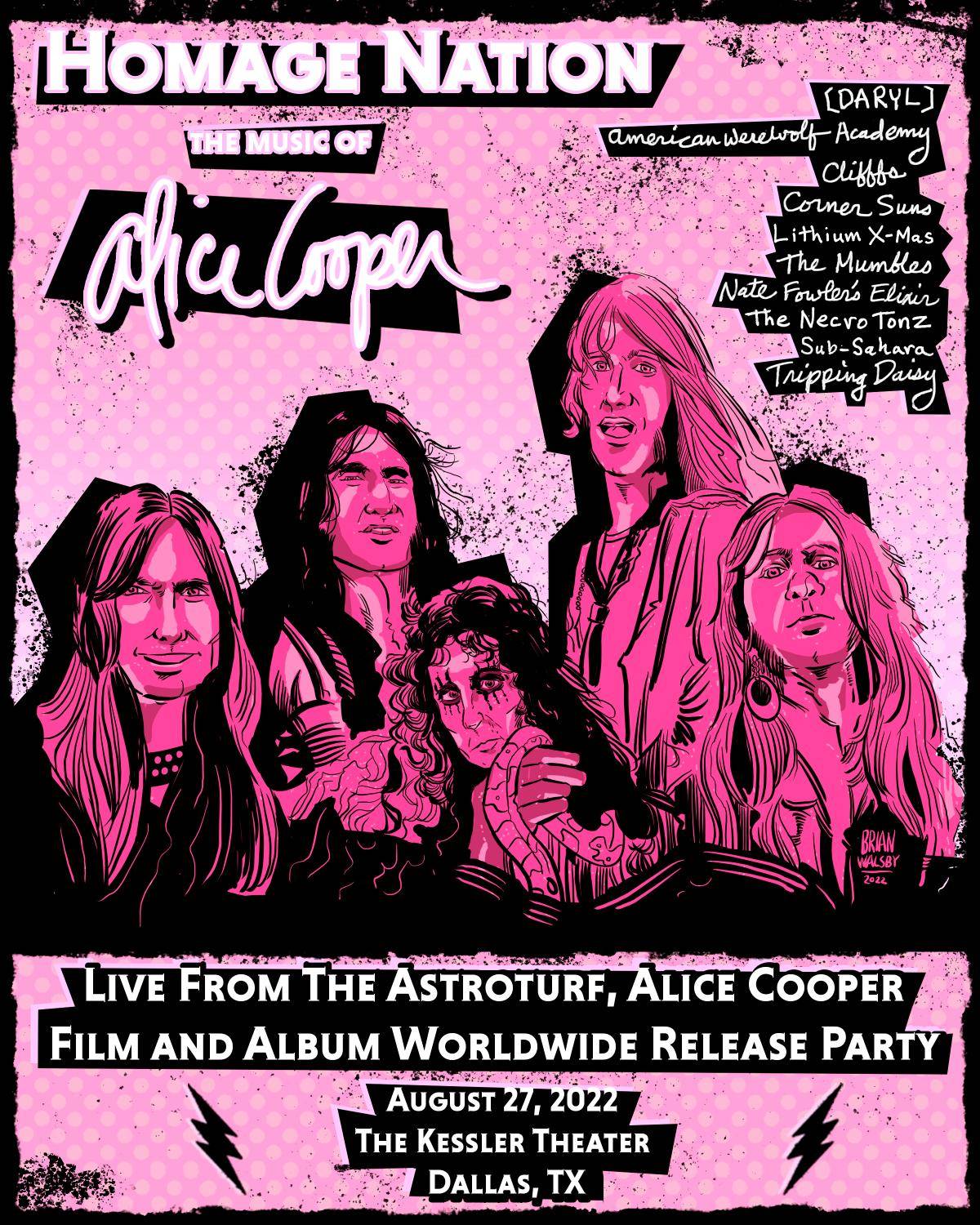 **Please note the bands on the Homage Nation bill will be performing the music of Alice Cooper exclusively.**

The Kessler Theater & Good Records have joined forces in the next installment of the Homage Nation series.  August 27, 2022 will be a celebration of the music of the original Alice Cooper group.  It was also serve as the worldwide release party of the award winning film and album Live From The Astroturf, Alice Cooper.

The evening will begin with a screening of the documentary followed by a Q+A with Chris Penn, Steven Gaddis, Aaron Thedford, Patrick Cone, & other folks associated with the film moderated by Robert Wilonsky.  The Mumbles will then perform the 1971 classic "Love It To Death" in its entirety.  The evening will close with DFW music scene stalwarts performing their takes on Alice Cooper classics and deep cuts.  American Werewolf Academy, Clifffs, Corner Suns, Tripping Daisy, Lithium X-Mas, The Necro Tonz, Sub-Sahara, with more acts & surprises to come.