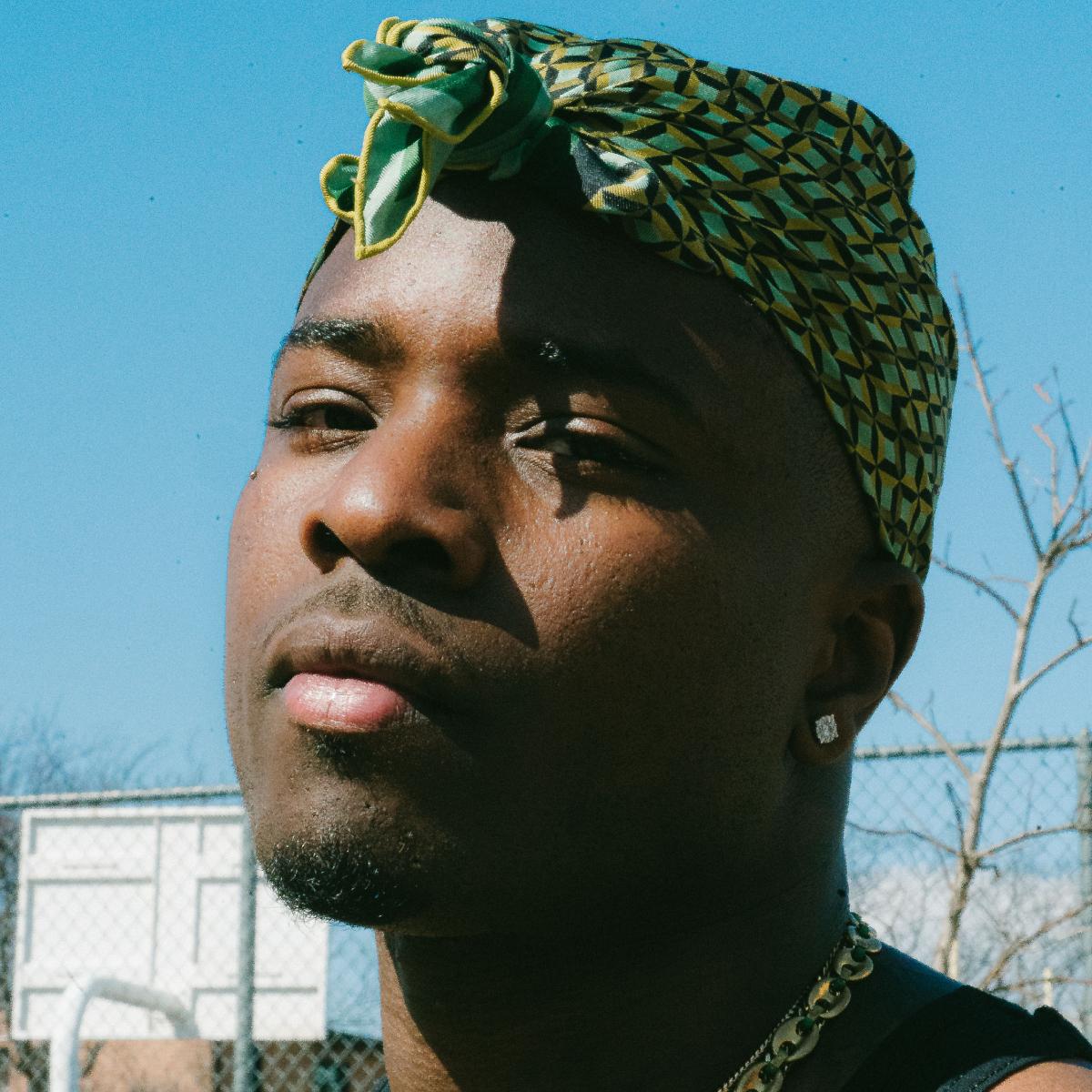 Short for Ignorantly Delivering Knowledge, IDK is as much a moniker as it is a mission. The Prince George’s County, Maryland, artist has long dedicated his life and art to presenting big ideas in accessible ways. Using witty lyricism, percussive flows, and a chameleonic musicality, IDK turns life lessons and philosophical musings into utter bangers. In the process, he’s become one of rap’s most conceptually inventive practitioners. His latest album, USEE4YOURSELF, is his richest work yet, a sprawling meditation on love, materialism, masculinity, and the layered emotional effects of a troubled upbringing. Loaded with unpredictable features and recollections from his childhood, it’s a character study framed in fierce beats and blockbuster productions. “I need people to know that I'm a producer first,” says IDK. “It’s one thing to produce a song. It's another thing to produce an artist, meaning understanding what you need for a particular song and putting it together, and then crafting that into an album.” Laced with features from Young Thug, Slick Rick, Offset, and others from wildly different worlds, USEE4YOURSELF is an exhibition of stylistic cross-pollination. For the Thug-featuring “Pradada Bang,” IDK unloads quickfire flexes over chirping trap synths. On “Red,” he enlists Westside Gunn, Jay Electronica, and the late legend MF DOOM to spit over an orchestral beat amid a clever reimagining of Big Tymers’ “Still Fly.” It’s a free-wheeling, but contemplative track that underscores the overall aims of IDK’s music. “I wanted to make what hip-hop heads would want, but make it more contemporary and more futuristic and make it an anthem for girls,” says IDK, as if that’s a simple aim. And yet, with an eclectic set of guests and ambitious genre-hopping instrumentals, USEE4YOURSELF easily and imaginatively links disparate musical worlds, an idea that feels connected to his mission of sharing knowledge with listeners of various stripes. Born Jason Mills, IDK began his musical journey after he was convicted of armed robbery about a decade ago. While behind bars, he would write raps and spit them for fellow inmates to pass the time. After being released in 2012, he found someone who’d let him use his studio for free. While he’d enrolled in community college, he eventually stopped attending classes and began focusing on a rap career he wasn’t yet convinced would work. He unloaded his debut project, Sex, Drugs & Homework, in 2014. That same year, he unleashed “Hungry,” a boom-bap track laced with bars about a fractured suburban upbringing and the hunger for rap game dominance. By the time he released 2015’s acclaimed Subtrap—a portmanteau for “trap with substance”— he’d begun to crystallize his approach, delivering stark depictions of gunplay and grim street realities while also unloading innocuous tales, like one about him having crush on a bartender, and unraveling his personal journey. While his subject matter and animated vocal inflections led to Kendrick Lamar comparisons, IDK, then known as Jay IDK, was already an artist all his own. When Hot 97’s Peter Rosenberg told him he’d played his music on the station, it appeared that he could be on his way to a sustainable music career, even if that pressure to support himself didn’t subside until years later. “There's a lot of things I had to figure out still,” IDK admits. IDK has been making increasingly introspective music—like Is He Real?, the 2019 album on which he ponders the potential existence of God. And in the lead up to USEE4YOURSELF, he took even more time to evaluate ways he can improve as a human being and artist. Some of his explorations led him to an imagined conversation with his late mother, one he’d been running from for years. “This entire album is essentially that conversation,” he says. After taking time to reflect on his own ideas and the ways he can change himself, he says the result is a new and improved IDK. “I think I'm a lot more mature in the way that I think about things,” he shares. Earlier this year, IDK launched Radio Clue, an Apple Music radio show that examines the relationship between music and memory. And this fall, almost a decade after he quit community college, he’s set to teach a 10-day music business program for primarily BIPOC students at Harvard University. It’s a continuation of a mission he’d been on since he began helping inmates get their GEDs in jail years ago. “I have a level of knowledge and understanding of how to do things better that we can't afford for me to keep to myself,” he says. “The way that we build our legacies, the way that we build our communities, that knowledge is important to pass on.” Of course, that’s a thread IDK also weaves into running his record label, Clue Records, a Warner Records joint venture he announced two years ago. Last summer, in his producer mindset, his label released IDK & FRIENDS 2, a soundtrack full of DMV-area artists that he made in support of Kevin Durant’s Basketball County: In the Water documentary. IDK has long made a habit of outdoing himself, dreaming bigger with each passing project and track. Upon its release in April, his Offset-assisted single, “Shoot My Shot,” became his biggest debut to date. And with the subsequent “Peloton,” he laced a bouncy, soul-inflected beat with a splash of falsetto for a song that’ll surely become a summer playlists staple. After years pairing insightful bars and personal reflections with luxe, insistent instrumentals, IDK’s learned to relish his victories—to celebrate how far he’s come. But he’s not ready to rest on his laurels just yet. “I'm in competition with myself and only me,” he says. “And I'm whooping my ass every time.”