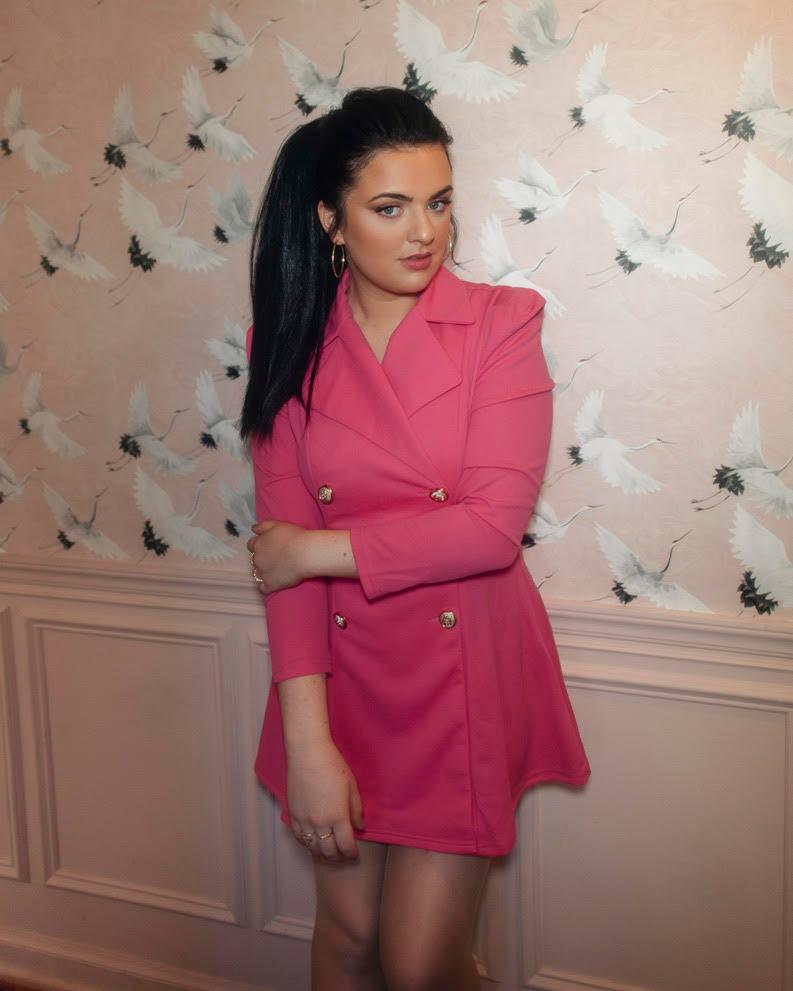 Unless you’ve experienced it firsthand, there’s no way to understand just how dramatically instant fame can mess with your head. Maddie Poppe went through all kinds of emotions — from elation to self-doubt — after winning American Idol in 2018, releasing her debut album Whirlwind the following year, and then ultimately watching in amazement as many of the people in her creative orbit dropped away. Despite the momentum from a pair of hit singles, “Made You Miss” and “Not Losing You,” Maddie found herself alone, and her future as an artist uncertain. “There were so many times I felt I had the rug pulled out from under me. Like the minute any momentum had built up, it came crumbling back down. From losing team members to seeing crucial opportunities fall through, I found myself feeling so helpless and thinking, ‘How am I going to do this on my own?’ It felt like I was standing at the bottom of a mountain I was too afraid to climb,” Maddie says. “It took some time, but I finally realized I didn’t have a choice, my fate was in my own hands. I had to face my fears, rise above. The Iowa native, who captured the attention of fans with her folksy singer-songwriter style, did exactly that by giving herself the grace to evolve. While Maddie, now 24, can still very much bowl over a crowd with only her honeyed voice and acoustic guitar, she’s upped her game by tapping into a modern sound that blends R&B, pop, and Americana, and by committing herself to writing her own songs. On her irresistible new single “One That Got Away,” Maddie writes about the dissolution of a friend’s longtime relationship, predicting that the guy who foolishly dumped her will realize he threw away something great. But the song — a soulful jam with shades of Bruno Mars and Maroon 5 — can also be seen as a commentary on Maddie’s own experience in the music industry. Working with L.A. producer Scott Robinson and Nashville’s David Spencer, along with hit songwriters like Molly Reed Grayson, Bryan Simpson, and Thomas Finchum, Maddie has been constantly coming up with new ideas, both lyrically and musically. The deceptively upbeat “Good Soldier” is about the expectations and rules you’re supposed to adhere to in life and why it sometimes pays to not fall in line. “Good Enough to Let You Go,” meanwhile, begs an addiction — be it a lover or a vice — to break your heart and set you free. Unlike the tracks selected for her on her debut LP, each new song is rich in Maddie’s own voice. “I’m very proud of Whirlwind, but I feel like this new project speaks truer to me and my story,” she says. “When you’re just starting out like I was then, it can feel like 100 different people are trying to tell your story. Now, I’m finally telling it in my own voice.”

Maddie has a lot to tell. Hand-in-hand with her American Idol victory, she won a People’s Choice Award for her turn on the show, had Whirlwind hit Number 2 on the iTunes Pop Charts, and went on to become a hot guest on The Kelly Clarkson Show, Jimmy Kimmel Live!, Live With Kelly & Ryan and Good Morning America. All of this in addition to touring the country opening for Ingrid Michaelson and headlining her own tours, including a Christmas run that has become a seasonal “must” for Maddie’s fans. With a newfound momentum and passion for music, Maddie is ready to play her new material onstage. She’s plotting a tour to introduce fans to the sound she’s created, one shaped by the diverse artists she’s been listening to: Lily Allen, Sheryl Crow, and Corinne Bailey Rae are all in rotation. “I’m thrilled to be releasing new music, but I’m even more excited to play these songs live,” Maddie says. “Almost everything I’m writing is upbeat and will be so much fun to perform with the energy of a live audience.” “It’s so important to be true to yourself and in doing so, the right audience will find you,” she adds. “For a long time, I simply thought of myself as the singer-songwriter, hometown girl from Iowa. But along the way I learned to spread my wings and branch out. I truly feel I’ve become the artist I was meant to be.