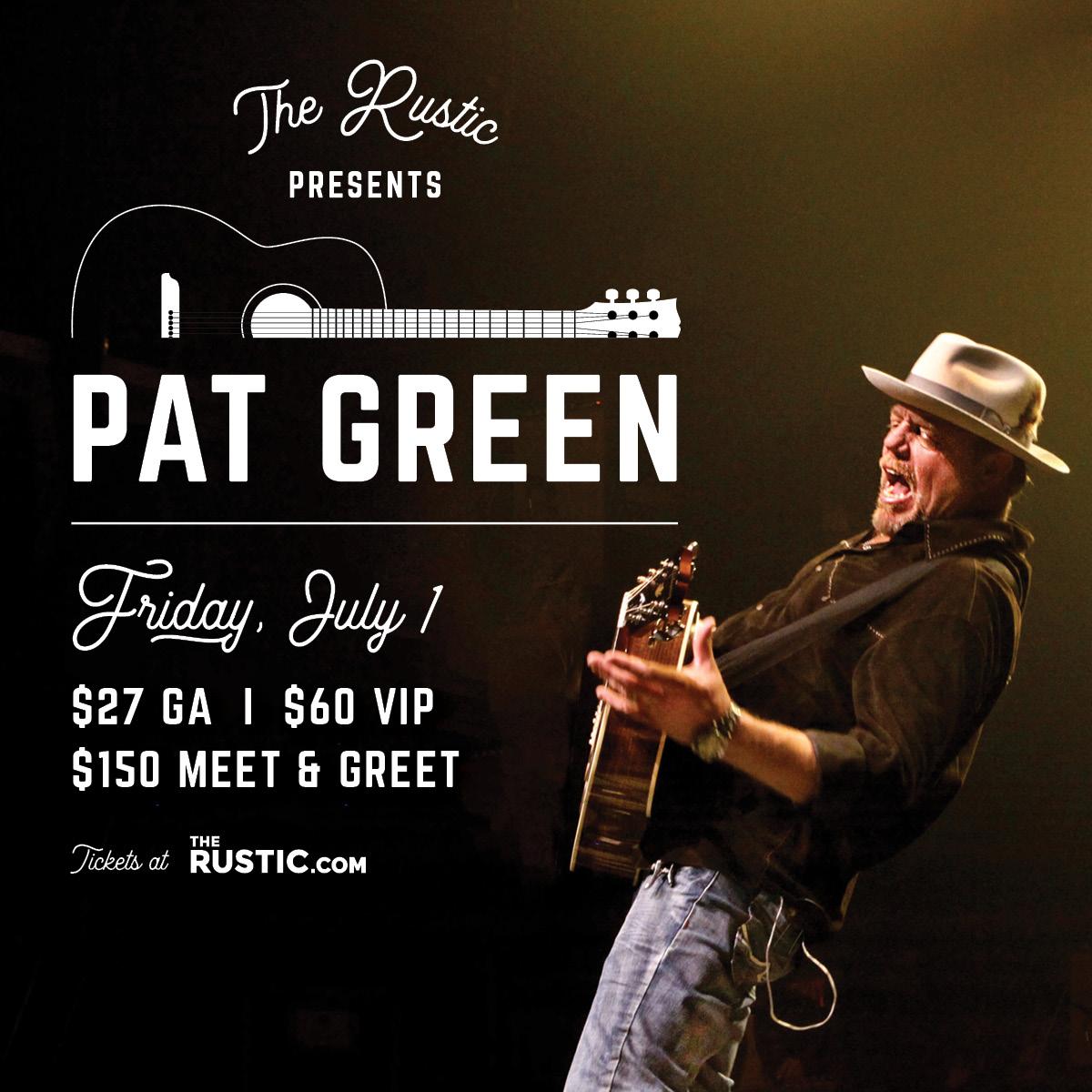 Join us for a special evening with Pat Green!

About Pat Green:
Pat Green has finally come full circle -- and all the way back Home. After rising through Texas' college-town and dancehall scene years ago, Green earned himself major-label support in Nashville and became the poster child of Texas music for a whole generation of fans. His list of achievements includes over 2 million albums sold, three Grammy nominations and a sold out Houston Astrodome.

TIPS for the show
-- ARRIVE EARLY: This event is majority standing room throughout the facility.
-- RAIN OR SHINE: This event is happening rain or shine, we have fans and misters ready on our patio!
-- TICKETING QUESTIONS? Contact Prekindle Online Ticketing at www.prekindle.com.
-- PARKING: Parking is available at the Discovery Green lot (1500 McKinney) – first 3 hours is complimentary with validation from The Rustic. There is limited $10 valet parking available at The Rustic.
-- RIDE SHARING is strongly suggested. Don't drink and drive!
-- ALL AGES are welcome!

Meet and Greet with Pat Green Rules:
The in-house photographer takes the M&G photos only (no cell phone photography will be permitted).
Photos will be taken in groups the tickets were purchased in
Meet & Greet photos will be posted to The Rustic Facebook page one week after the show!﻿﻿