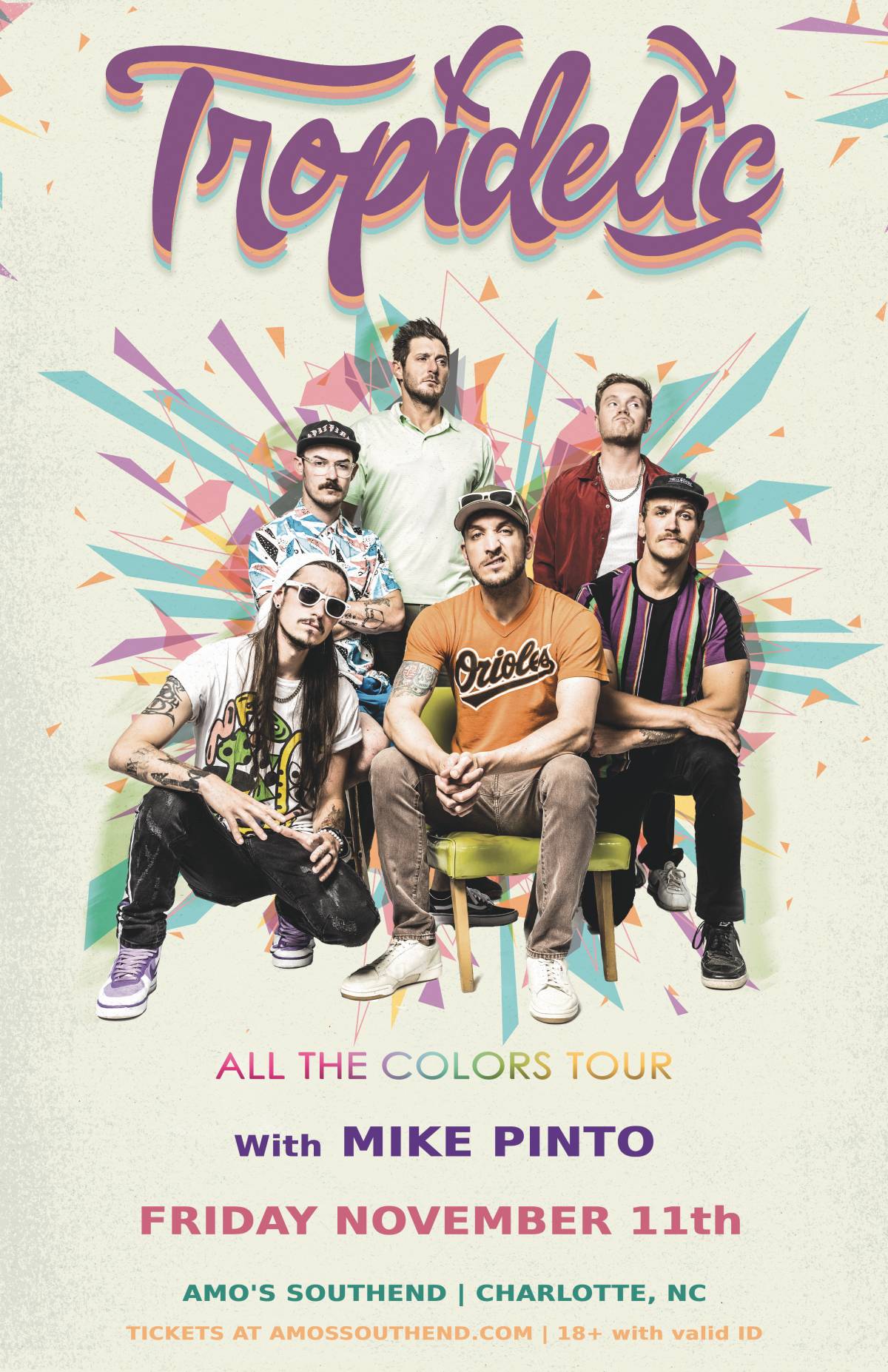 Tropidelic - The six-piece band from Cleveland, Ohio may be far from any tropical islands, but that doesn’t stop them from dishing out an interesting mix of reggae, hip-hop, and high energy funk for audiences across the country. Unapologetically original, Tropidelic has a deep and widespread appreciation for music that can be heard in each note. Some of the members are hip-hop heads, while others are into metal, funk or reggae. Each of these genres lends something to their collective sound. “We pride ourselves in being original in our musicality and personality as a band,” says Roads, “but also in not taking ourselves so seriously that it ruins the fun.”

Mike Pinto - With the release of his debut album (Little District, 2005), Pinto began his attack on the Philadelphia music scene as a solo artist. By 2006, underground success and a fervent, exploding fan base empowered him to expand westward with two nationwide solo acoustic tours. After the second tour Pinto relocated to San Diego, where he immersed himself in the thriving Southern California music scene and quickly gained notoriety. His infectious sound garnered so much attention that Insomnia Radio included his single "One More Time" on a hard hitting compilation of the SoCal sound’s brightest groups, including DI and Slightly Stoopid. In very short order, Mike Pinto transitioned from a kid from Philly playing acoustic in coffee houses and tiny bars to a prominent fixture on the SoCal music scene