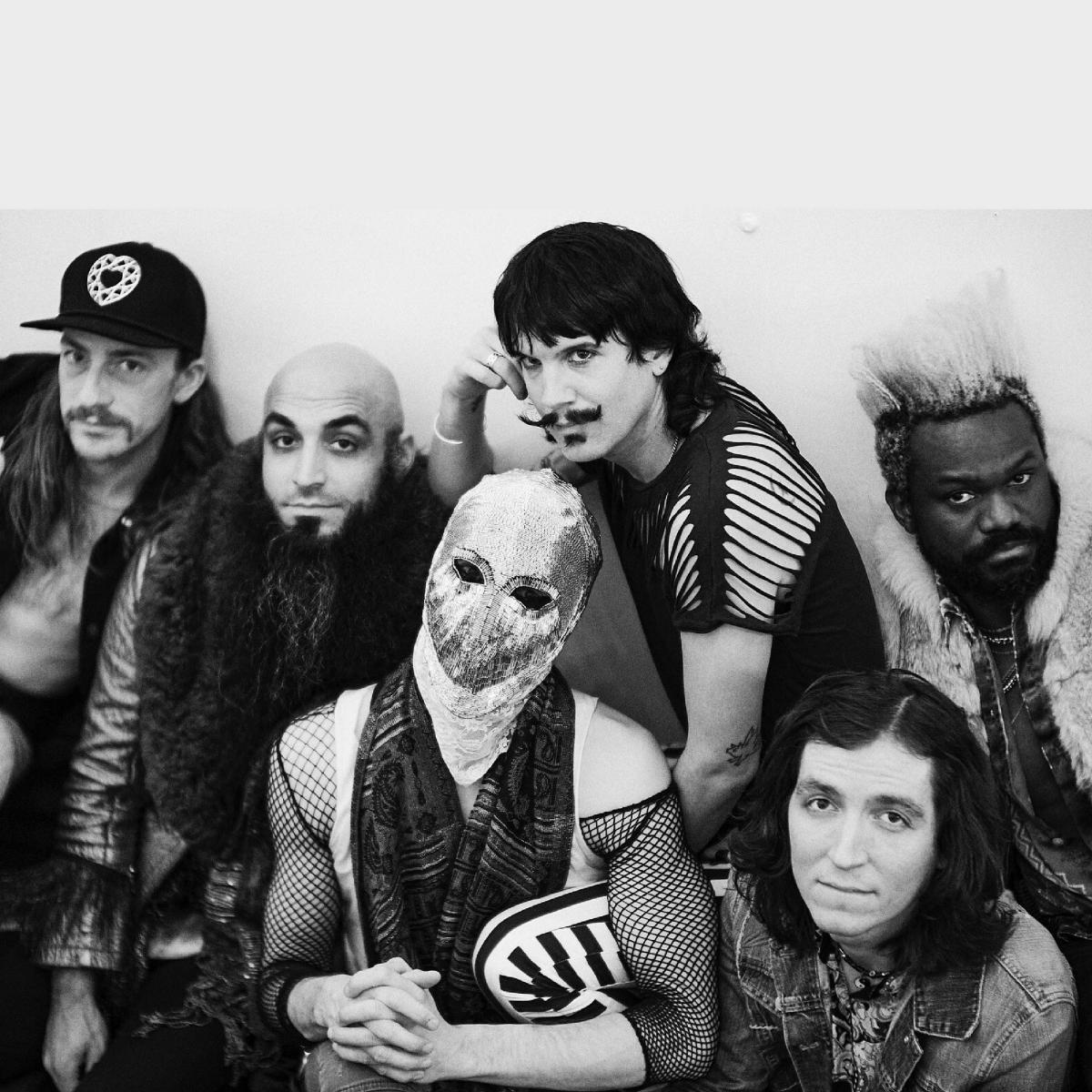 They’re the chills that ran down your spine in that basement club where you lost your wallet, got kicked
in the head and had the best night of your life. They’re the taste of the lemonade you were drinking
when the traffic jam hit but that song you love came on your radio. They’re the drool bouncing off your
sneakers when your jaw drops because you’ve NEVER heard a band like this before. Foxy Shazam are a
memory you haven’t even made yet.
They’re puddles of sweat on hot festival stages. They’re buttons on your denim and ink under your skin.
They’re cheap thrill you drink on your best friend’s roof and the moon you howl at when you’ve polished
it off. They’re a hundred blown tires, a thousand broken microphones, a million chewed up cigarettes
and not a single fuck given. Foxy Shazam are the brightest shade of lipstick you’ve ever worn in your life.
Foxy Shazam were then and are now, back from a trip they never took. What isn’t Foxy Shazam? That’s
what you think.