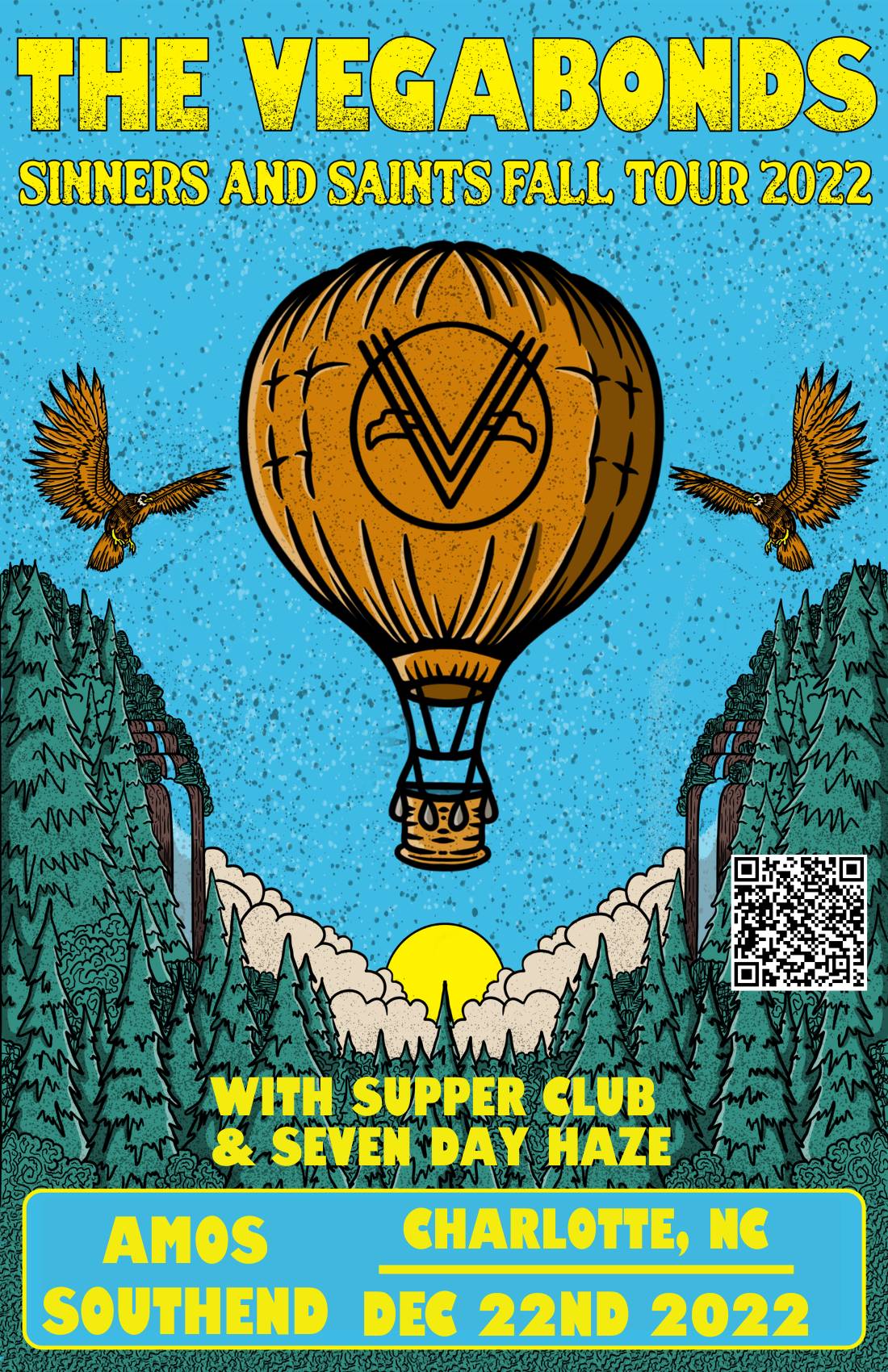 THE VEGABONDS LIVE AT AMOS' SOUTHEND THE VEGABONDS are ready to get back to what they know – releasing kick ass new music and touring around the country, having logged more 400,000 miles over their ten-year history. Their new full-length studio album, Sinners and Saints, was released on September 24, 2021 through Blue Élan Records.

While several of the songs were written pre-COVID, the tenor of Sinners and Saints is about not just survival but thriving in the midst of an unforeseen event. “Can’t Deal” is the perfect example, inspired by keyboardist Beau Cooper’s fascination with Yacht Rock, with his whirring Wurlitzer carrying the song into Atlantic Rhythm Section “Spooky” territory. Said Cooper, “The song is basically the nicest way to tell someone you care about to back off for a second. It falls under the ‘Sinners and Saints’ mindset. You can give bad news and tell the hard truth, but still be kind while you do it.” 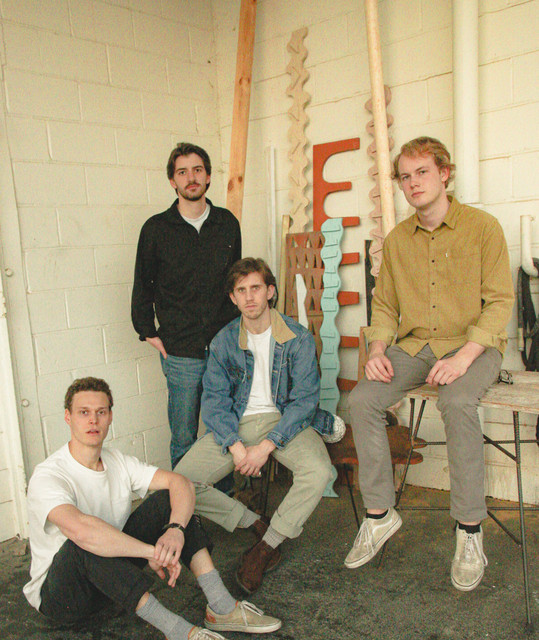 From an expansive land of pines, Supper Club’s sound howls like wolves through day and night. The collective ritual of bassist Jackson Durkee, drummer Billy Prewitt, and guitarists Griffin Smiley, and Robert Cowen translate a unity by freedom dating back to childhood. Effortless Alabama rock & roll that galvanizes a universal spirit.

There is a guiding light in the boys’ stories that is curiously novel. Supper Club institutes invitations to a table full of life, wild and precious, to gather, and howl at the moon 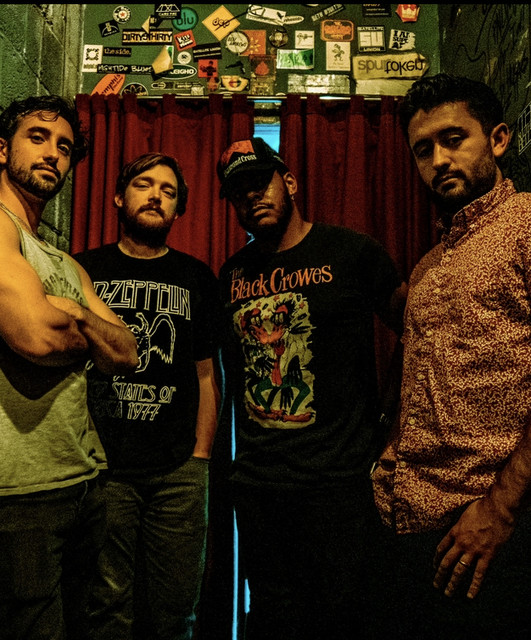 Seven Day Haze began in Charlotte, North Carolina. Lead singer and guitarist Austin McNeill formed the band in 2019 with good friend and bass player Paul Dandison. The 4 piece band offers a powerful wave of rock n’ roll combined with soulful southern roots. The band can hit listeners with grungy vintage rock tones or switch things up to southern rock feel. Seven Day Haze provides a diverse sound for audiences that will surely keep folks on their toes. The band currently has 5 singles released on all platforms. Their debut single from 2019: Darkest Night combines classic rock tones with grungy vibes from the 90’s. Influences of the Seven Day Haze sound are bands such as Lynard Skynard, Chris Cornell, AC/DC, Alice In Chains and many others.