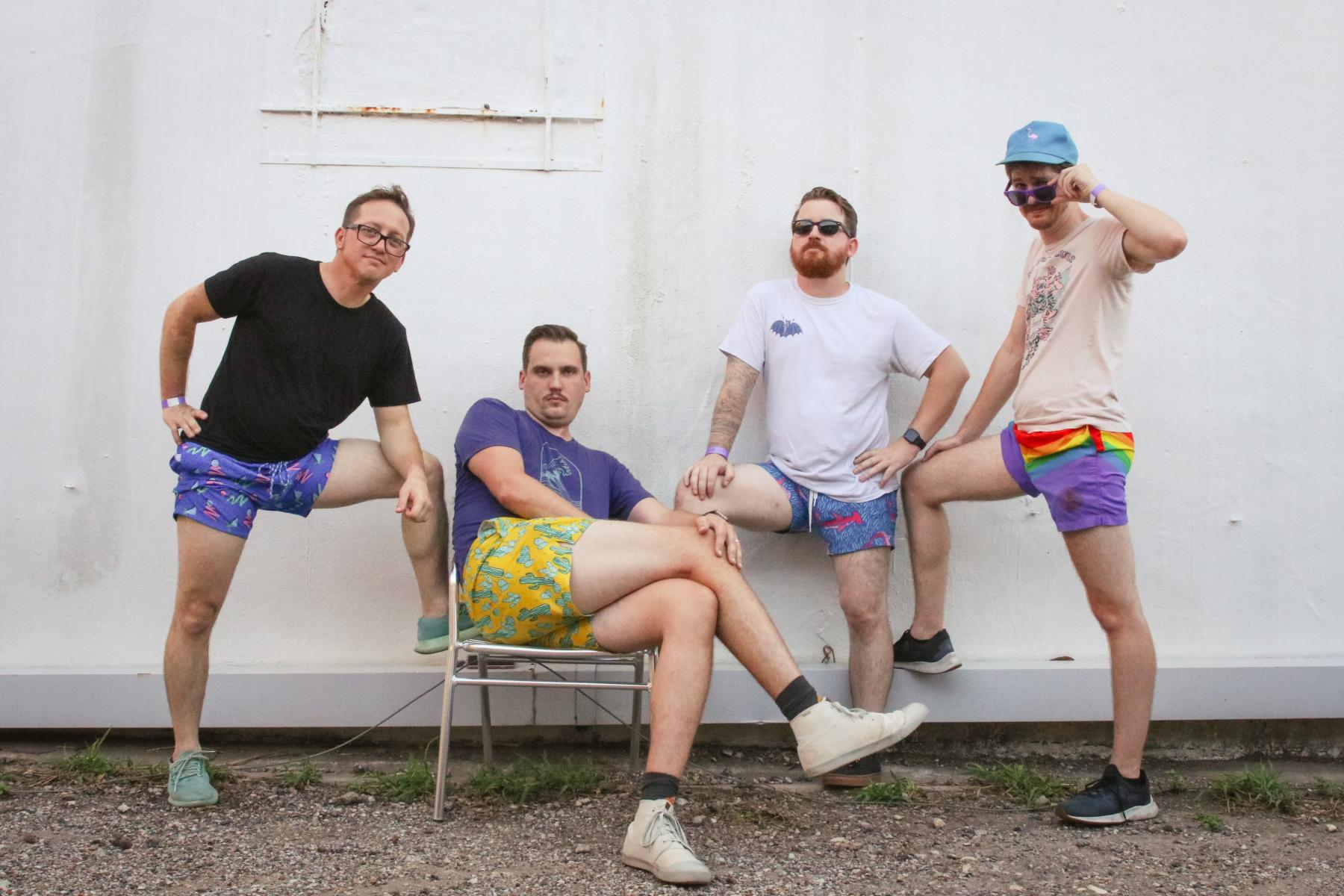 Swimwear Department is a dance-punk band from Houston, Texas. All their songs are about swimming pools, shopping malls, and sometimes both.

In summer 2017, Ned Gayle challenged Matt Graham to create a band based on a band name. “It was kind of a dare, just something fun, like a writing prompt. Neither of us expected anything to come of it.”

Five years later, Swimwear Department continues to gain momentum. The band is known for its frenetic live shows. They bring the party energy of The B-52s, DEVO, and their Houston predecessors, The Judy's. At shows, fans join in enthusiastic shout-alongs and improvised line dances.

Matt Jensen of Divide and Conquer calls Swimwear Department’s music "...refreshingly frivolous...proof that you can take subject matter that on the surface level may seem a bit silly and provide emotionally satisfying and even profound experiences."

Graham says, “I stay true to the whole malls and pools thing, but I can’t help writing about what’s going on with me personally. Yeah, we want people to interact, to dance. Yeah our songs are about malls and pools, but at the same time, they’re about what matters to us.”

The band’s NPR Tiny Desk Contest entries have been showcased on the NPR All Songs Considered Blog. These videos featured a 150-year-old tallship and a cameo by Houston legend Mattress Mack.