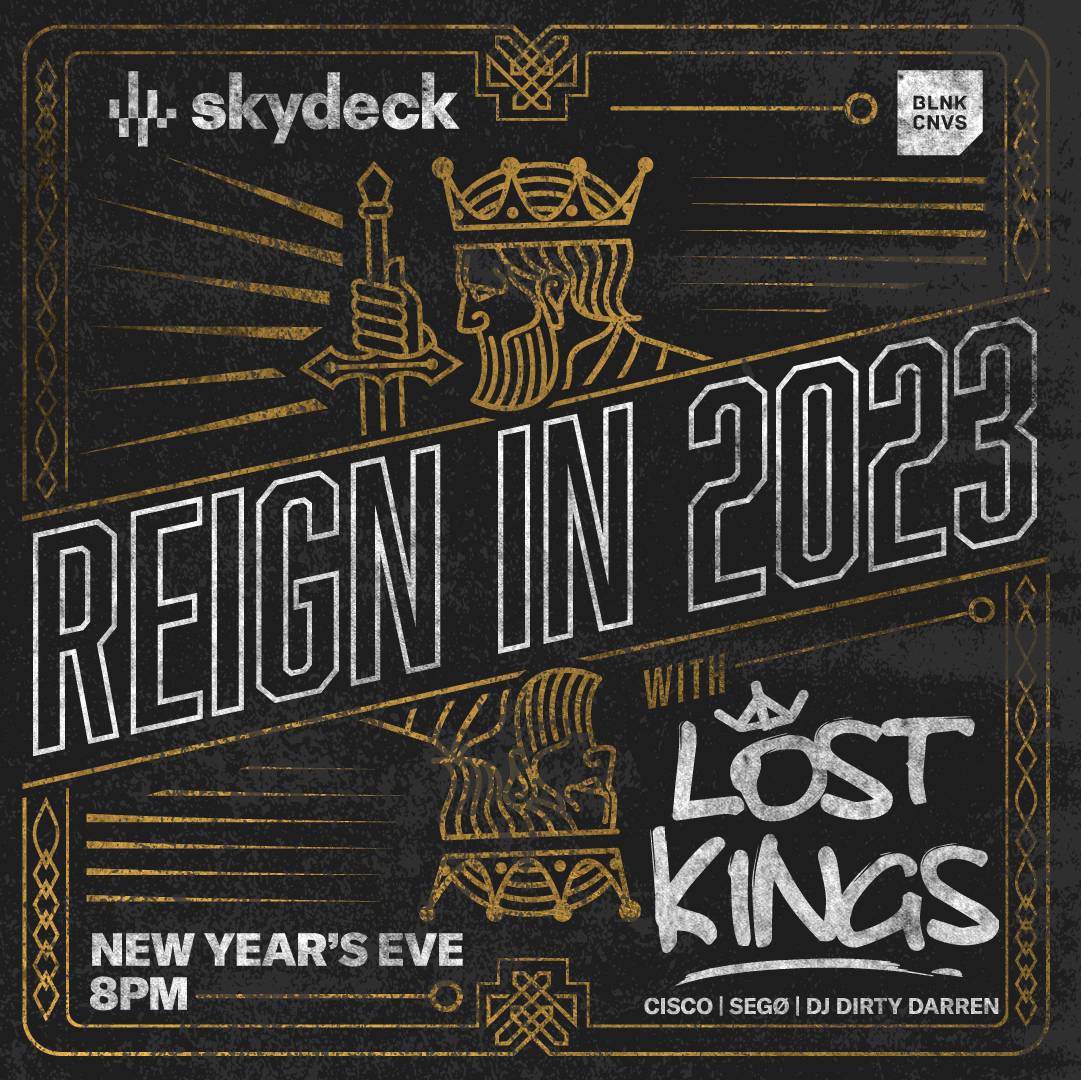 Purchase your ticket now to be a part of this intimate experience during the city’s biggest annual celebration!

Drink packages start at 8pm-12am. Cash bar after 12am.

ABOUT LOST KINGS
Lost Kings consists of Los Angeles based duo Rob Gainley and Nick Shanholtz. The two have risen up through the ranks of new producer talents gaining over 800 million combined streams worldwide.  In the process, they have released various original music and remixes, released two EP’s, Paper Crowns and Lost Angeles and sold out major markets across the US including New York’s Webster Hall and Chicago’s Bottom Lounge.  The group’s EP’s featured artists from all genres of music including Wiz Khalifa, Ally Brooke, A$AP Ferg, Marc E. Bassy, Loren Gray, Social House, Anna Clendening and more.  After making their mainstage debut at the Life Is Beautiful Festival and playing some of the biggest music festivals across the globe, Lost Kings secured their slot to make their debut at Coachella in 2021.

Event by
Skydeck on Broadway
Calendar