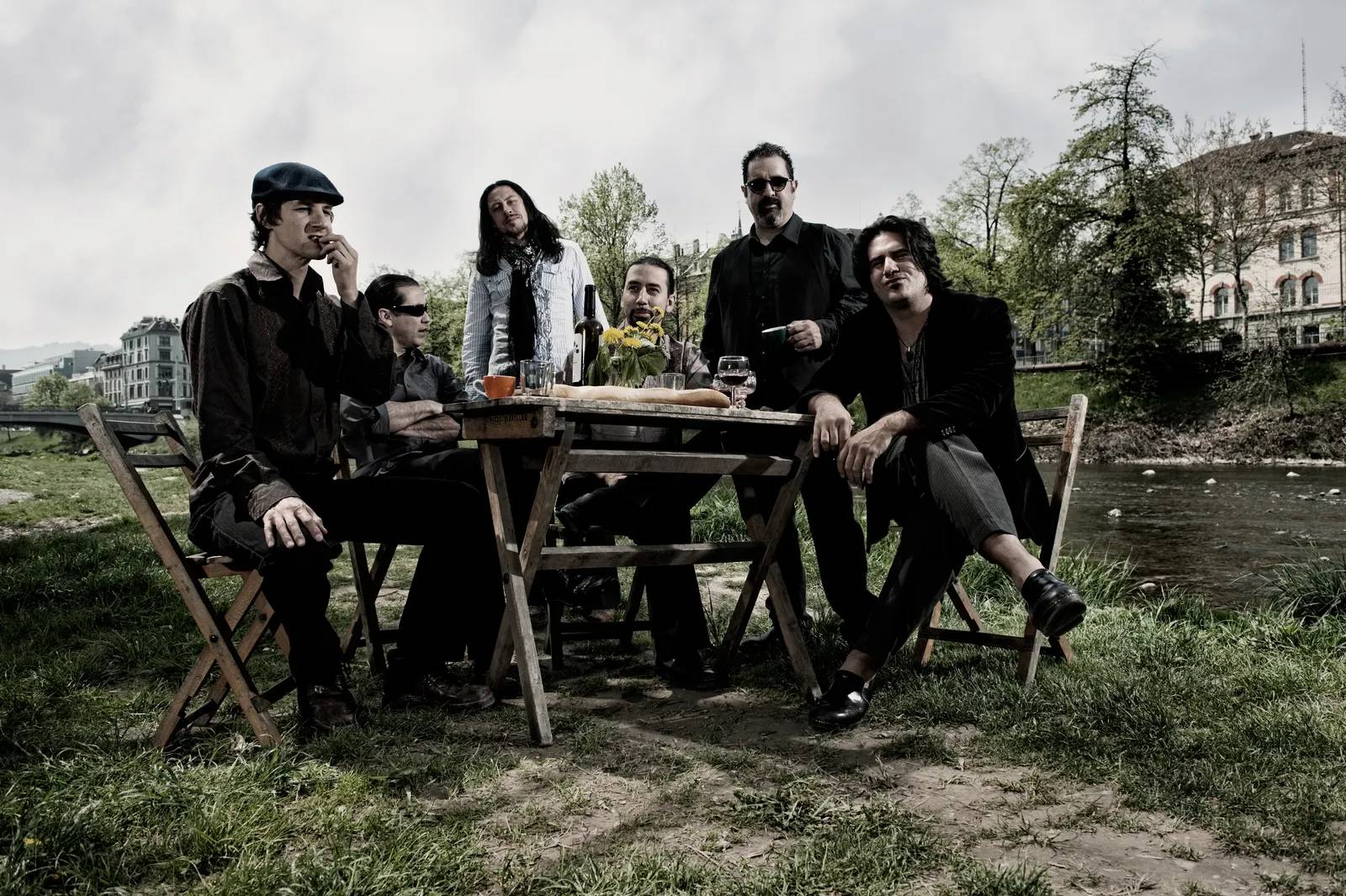 It started with two brothers, Mark and Rick del Castillo collaborating on a recording project that was initially intended as a gift to their parents and family members for the holiday season. As accomplished electric guitarists in different bands and not having played together, they decided to join forces on acoustic nylon string guitars, creating a rich, romantic, more traditional sound in honor of the Spanish music they grew up listening to at home.  The brothers invited their long time, home-town musical friends to also play on the songs and the music soon came to life. Once the album was finalized, it was titled after their namesake, “Brothers Of The Castle” (2000) and they performed their first public concert for family and friends to celebrate the release.

Their plan was to perform “one night only.” However, the very positive turnout was unlike any of their other bands. From their inception, Del Castillo became something uniquely special and soon the word spread about the new band. The more the band played, the more their audience grew.  They continued writing and recording music, building their repertoire, making more fans and quickly becoming one of Austin’s most recognized bands. One of the instrumental songs from the first album, “Spanish Castle Tango” was later hand picked by Robert Rodriguez and fueled the inspiration for, “Mexico and Mariachis” (2004). Another track from their first album, “Dias de Los Angeles” was placed in the film and soundtrack for “Once Upon A Time In Mexico” (2003) starring Johnny Depp, Antonio Banderas and Salma Hayek.

Film director Robert Rodriguez first attended a Del Castillo concert in 2002 and a great friendship quickly developed.  Rodriguez enlisted the group to contribute music for the soundtracks to “Once Upon A Time In Mexico”, “Spy Kids 3D”, “Sin City”, “Grindhouse” and “Machete”, and then perform the music live at the premieres. He was so impressed with Del Castillo that he wanted to record with them, so together they formed the super-group, “CHINGÓN” and recorded an electrifying rendition of the Mexican mariachi classic, “Malagueña Salerosa”.  Quentin Tarantino loved it so much that he edited the ending sequence of “Kill Bill Vol. II” to fit the song into his film. Their live performance can be seen on YouTube and has over 4 million views.

“Watching brothers Rick and Mark del Castillo take the stage and throw down dazzling nylon-string runs, in unison and in harmony, made me a big fan…infectious Latin rhythms with mind-boggling solos.” says Guitar Player magazine.

Willie Nelson enjoyed Del Castillo so much he re-recorded his song “I Never Cared For You” with the full band (featured on “Brotherhood” 2006) and says it’s his "favorite version”. Willie has continued to be a good friend of the band and also appears in the music video for “Anybody Wanna” (“Del Castillo” 2009) and have discussed another music project for the future.

In 2005 the band made an appearance with Robert Rodriguez as the band, “CHINGÓN” for the George Lopez show on ABC-TV.

In 2008 Rick and Mark del Castillo were chosen (two guitar players out of six world wide) by Gibson Global to launch their state-of-the-art Dark Fire Gibson Les Paul guitar line.
From 2008-2010 the band played major festivals across the US and Canada expanding their audience and fan base at a more rapid rate, earning even more recognition and becoming established as a touring musical act among their musical heroes and peers.
In 2010 Del Castillo recorded on a collaboration with Willie Nelson, Carlos Santana and Los Lonely Boys on a song called, “Claro Que Se Puede” found on the album titled “Proyecto De Amor” benefiting the non-profit Hermes Music Foundation who provides musical instruments to the indigenous people of Mexico.

In 2014 Del Castillo’s instrumental track, “Las Seis Cuerdas de Tony Montuno” was a featured song for a scene on ABC’s crime/drama series “Killer Women” and the band makes a brief appearance performing during the second episode.

In 2015 Del Castillo was recruited to appear in the “From Dusk Till Dawn” the TV series. They transformed into vampires, playing the killer house band for the first two seasons, produced by Robert Rodriguez and Miramax for his new television network, The EL REY Network.  That same year the band also made an appearance on the radical wrestling show, “Lucha Underground” performing with Robert Rodriguez as “CHINGÓN” for the EL REY Network.

“I want to bring the most exciting and authentic content possible”, said Robert Rodriguez when announcing the TV series. “Chingón and Del Castillo have been part of my experience providing this kind of entertainment to audiences since the beginning.”

Del Castillo took a brief hiatus from touring to work on different recording projects and new musical collaborations. After a couple of years off the band eventually began writing and recording new music once again, this time expanding their sound to incorporate more electric guitars in the mix. The band has started performing live again and are playing new songs at select shows. There are plans to release a new single as the band continues working to finalize a new album. Del Castillo is also looking forward to playing more European tour dates in 2020. Stay tuned for more details.