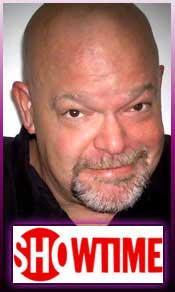 Turning down a drama scholarship to Pepperdine, Ben opted instead for the rewarding life as a traveling road comic, starvation, eviction, disconnection, collection. After three years of hammering out sets to late night drunks from Loserton to Obscurityville, he hocked everything he owned and pooled the money with what he had earned on the road, took that eighteen dollars and headed out to New York City. The grim meat-hook reality of New York helped to sharpen Ben’s comedic edge and hone his sarcastic wit (and we all know how painful it is to be honed).

He quickly became a fixture in the city clubs such as Dangerfields, where he became the house comic for the next sixteen years sometimes performing up to five shows a night for the ’Blood & Whisky’ crowds who, having sat through two hours of hack impressionists, poop jokes, and ’The Hands Bit’ found Ben’s original material and unique stage presence a welcome relief. Ben has appeared on Comic Strip Live, Comedy Tonight, A&E’s Comedy on the Road, Showtime, The Playboy Channel and in the film ’Comedy’s Dirtiest Dozen’.

Here are some of the things the New York Press has to say about Ben, "Creed’s sarcastically intelligent, wise guy material and dynamic stage presence make him a stand out among New York Comics. With sharp insightful writing and strong performing skills, smart-aleck delivery and raspy resonance of Bill Murray, plus the tough yet sensitive magnetism of Bruce Willis, Creed seems destined for film." —New York Post

"I was recently blown away by edgy comic Ben Creed at Dangerfields, I highly recommend him." —New York Times