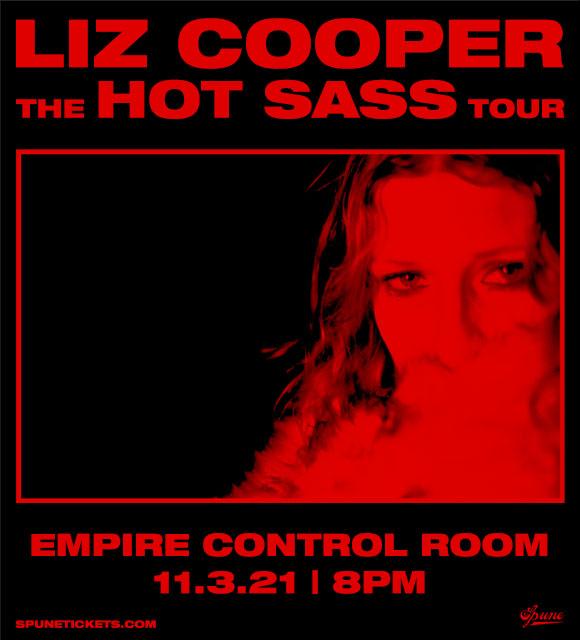 In Burlington, Vermont, Cooper and her cohort -- Ryan Usher, Joe Bisirri, and Michael Libramento -- recorded Hot Sass at Little Jamaica, the personal studio/private residence of producer Benny Yurco (Michael Nau). The intimacy of the space and the players' provided a wide-open approach to Yurco's live setup for rolling forward with minimal takes, a sensibility abetted by a whole lot of psychedelic mushrooms consumed in the process. Cooper recorded her guitar parts from the kitchen and living room while Usher played drums in a bedroom.

Completing Hot Sass, Cooper realized she needed a change of scenery from her longtime home of Nashville, where she'd lived in a freewheeling house of itinerant artists known as the Pennock Palace. She settled in Brooklyn at the beginning of March 2020 and found herself confronted with the new challenges of staying still as touring ground to a halt.

"I'm learning more about how to take care of myself -- just facing the darkness head on that I've been running from by being on tour and being so busy my whole life. It's taught me more about what kind of artist I want to be and what kind of person I want to be," she says.

But now, Hot Sass is crackling into public life, charging forward with Cooper's revitalized creative energy. Her Nashville confidant Daniel Yocum, a painter, and friend who collaborated with her on the music videos for Hot Sass, first encouraged Cooper to pick up the practice for herself. She's finding new mediums to explore in paints and pedals, discovering even more exciting, untamed space to be herself.