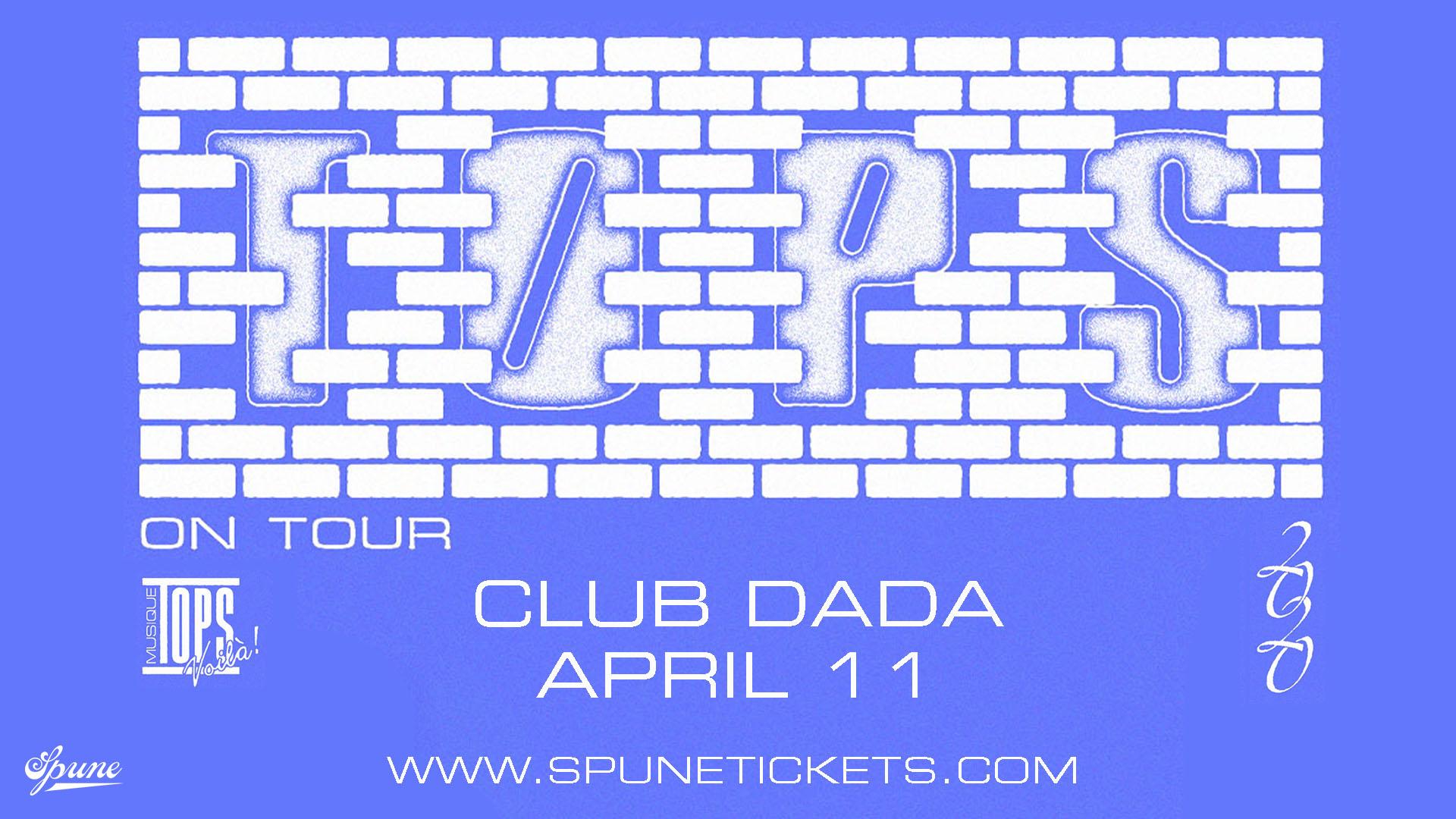 Due to circumstances out of our control, TOPS at Club Dada on April 11th has been postponed until further notice. We are currently working to reschedule the show. We hope to have information regarding a new date as soon as possible. Thank you.

TOPS were formed in Montreal in 2011 when song-writing duo David Carriere and Jane Penny decided to join forces with drummer Riley Fleck. Since then they have become one of the most influential underground bands of the past decade, creating a space for sophisticated pop music in the indie world.

Within the vibrant community surrounding Arbutus Records at the time of their formation, TOPS forged a unique sound. The only traditional ‘band’ on the label’s roster, they’ve built a significant following of fans, a dedicated audience at their live shows and a musical connection that continues to deepen as the years go by. With their newly minted label - Musique TOPS -  the band is poised to release their best work to date.

Their tendency to opt towards making straight-forward, stripped down and honest recordings lets their pop songwriting shine out in the open. With a heart firmly attached to their sleeves, their songcraft delves into the emotional intricacy of personal relationships, asking questions about power and desire. Riley Fleck’s measured drumming and David Carriere’s trademark guitar licks mesh with Marta Cikojevic’s lush keyboards. All these elements work in tandem and in service of Jane Penny’s unmistakable, wistful voice.

The result of this mixture is a collection of three self-produced records and a handful of singles that cover a range of moods and a complex emotional realm while maintaining a groove and musicality. Soft rock infused pop hits flow easily, surrounded by their signature moody ballads.

TOPS are celebrating the launch of their own record label, Musique TOPS, by sharing two unreleased songs, taken from the recording sessions of the band’s most recent LP, Sugar at the Gate. The haunted 70’s folk elegance of “Echo of Dawn” is paired with the energetic “VII Minutes”, a classic example of the band’s uptempo, breezy sound.