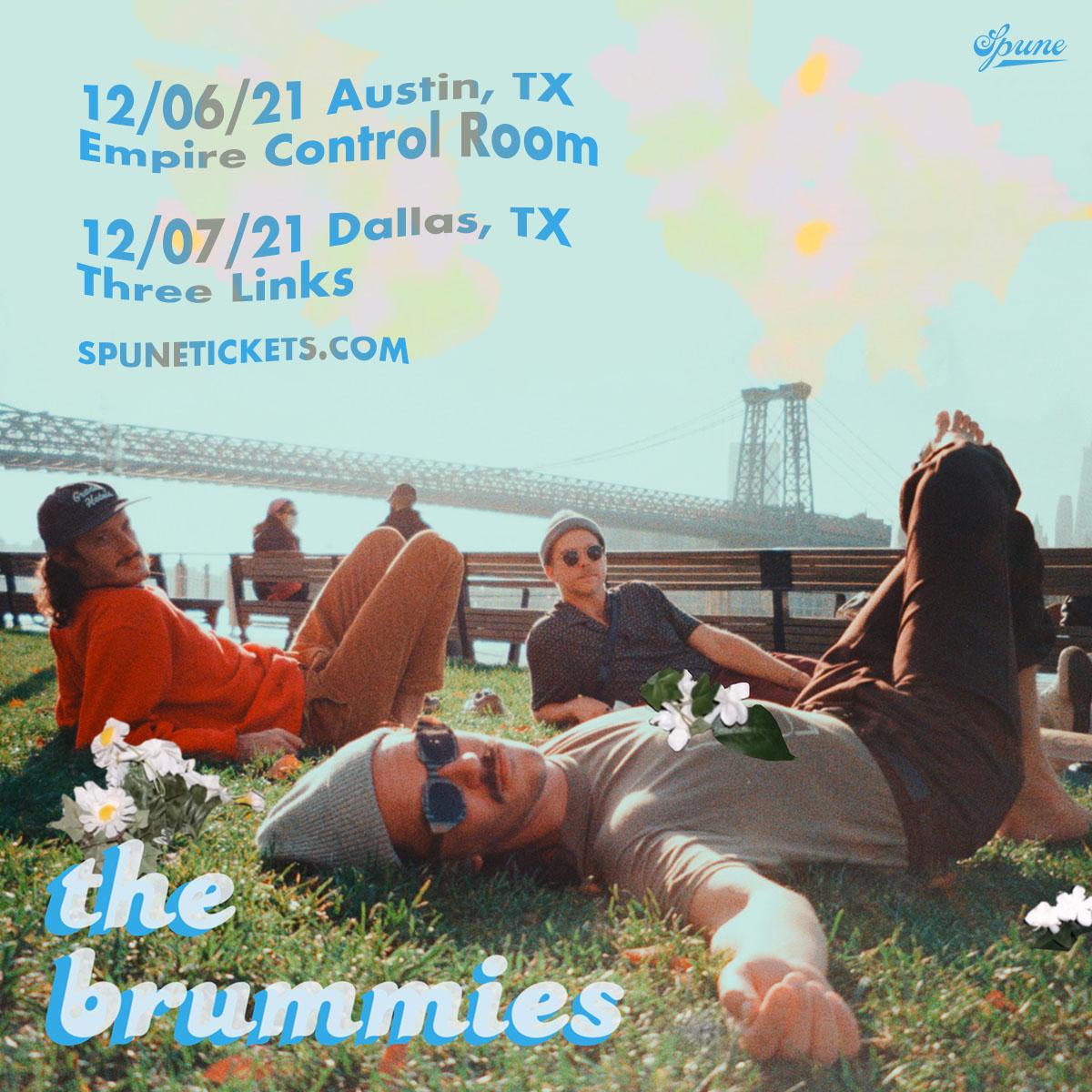 When Nashville trio the Brummies released their debut album Eternal Reach in
2018, they pulled off the rare feat of creating something timeless. With its blend of
urgent rock & roll, dreamy indie-folk, and piercing songwriting, the LP could just
have easily been recorded in the Sixties or Nineties as in the last decade. Almost
three years later, the group continues to defy the elastic boundaries of time on their
new album Automatic World. It's a record built around the theme of déjà vu — but
the songs contained therein are like nothing you've heard before.
Tracks like the ethereal "Fever Dream," the vibey "After Midnight," and the
searching "Cherry Blossom" resonate with a crisp and effortless freshness, the result
of three players in possession of an almost telekinetic musical shorthand. In the
studio or in the writing room, the Brummies (who wrote or co-wrote every track on
the project) don't try; they just do.
"Have we been here before?/Because we're talking without speaking," they
harmonize in the New Wave-y "Been Here Before," a song whose message sums up
the inherent chemistry of core members John Davidson, Jacob Bryant, and Trevor
Davis.
"When we started recording these songs, we were all on the same page, with
everyone focused on the grooves that moved us. We locked into that," says singer
and multi-instrumentalist John.
"Déjà vu, futures past, all of that comes together in this record in a musical way,"
says vocalist and multi-tool musician Jacob. "There are future sounds, but they are
mixed with the old. Eternal Reach was all about recording to tape and capturing the
vintage vibe. We recorded a lot of this the same way, but we expanded it sonically —
there are a lot more synthesizers and production."
"We all wanted to expand and do different things," says Trevor, the band's
percussionist and background vocalist. "We didn't make the same record twice."
Produced by the Brummies along with Jarrad Kritzstein (Ruston Kelly) and Austin
Jenkins (Leon Bridges), Automatic World exists in those atmospheric notes that
seem to soundtrack our subconscious. There are rhythmic guitar riffs straight out of
the Seventies, hypnotic Moog passages that evoke the electronica of Giorgio
Moroder, and even the bright tones of soul music. In "After Midnight," the Brummies
— originally from Birmingham, Alabama, their name is U.K. slang for a resident of
Birmingham — revel in what they call "dark disco."
"We had an old vintage keyboard in the band room, and we were down there
smoking and jamming and hanging out," John says. "We hit on this 'bump bump

bump' vibe and it made us want to move. It was born from us just getting together
and playing parts that sounded natural."
"It's a dark and vibey song," says Jacob, who coined the "dark disco" phrase, "but it
jumps out with a happy chorus."
"Call Me," a pleading offer of help to a friend, came out of another spontaneous jam
session, with the members each picking up a different instrument. Its intro and
lyrics call to mind Eternal Reach's "Drive Away," the band's celebrated collaboration
with Kacey Musgraves. "It started off with Jacob on the drums and this piano pad
thing," John recalls. "Each song has a different process in how it evolves, and that
one went through many different steps."
"Fever Dream," with its slow-building tension and funky keys, sprung from John
plucking a gut-string guitar. Like "Call Me," it grew into something larger when the
band began preproduction. "We love that part of the process. You figure out what
works and what doesn't pretty quickly," John says.
Sometimes inspiration would hit them square in the head. After being awoken every
morning by sunlight creeping through a crack in his blinds, Jacob sat down and
wrote the funky "Sunshine." Ebullient, joyful, and full of hope, it owes a debt to late
soul singer Bill Withers. "He definitely inspired the beat to that song," John says.
Still other sounds on the project appeared as happy accidents. While Jacob was
working on the harmony-rich relationship tune "Tomorrow," his guitar amp failed
and began to emit a single droning note. He loved it and incorporated it into the
track. "It's a sad song that we made into a love song," he says.
But it's the mystical, unexplainable feeling of being somewhere before that defines
Automatic World. The songs "Fever Dream," "Cherry Blossom," and "Been Here
Before" all allude to déjà vu. For a group whose members have been playing
together in various bands since high school and spent the past few years on the
road, it makes perfect sense: They have shared musical memories and a clear
consensus about where the Brummies are headed.
"We do whatever comes natural to us. There is nothing overly intentional. You think
about bands that you listened to as you grew up, and when they came out with
something completely different than what they did before, you wondered why they
didn't do the same thing," John says. "But bands have to follow whatever that thing
is that's pushing them forward or inspiring them. You live for those moments."
Automatic World is one of those moments. And just like its déjà vu theme, it's one
that music fans will want to experience over and over.