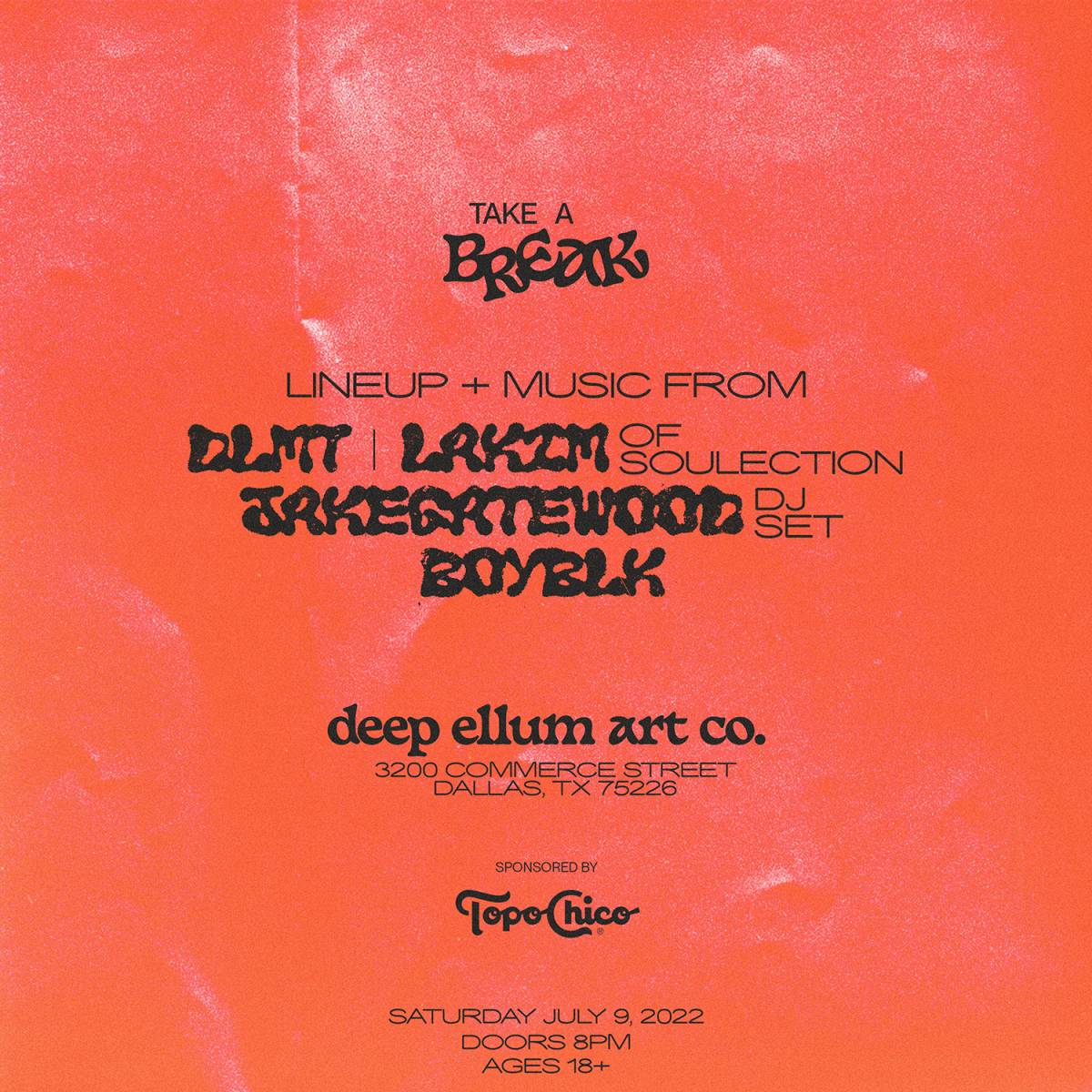 Over the last few years, DLMT has been making his mark on the house music scene. With hard hitting bass lines fused with euphoric and melodic vocals, his sound has become a staple in the industry. Since debuting his breakout hit “So Cold” on Armada in early 2019, it has seen tremendous success and set the benchmark for his future sound. The record spent 15 weeks on the Billboard Dance/Mix Show Airplay Chart eventually claiming the #1 spot, while concurrently hitting #1 on the US Dance Radio Mediabase Chart. The record also claimed the #4 most played song on Sirius XM BPM in 2019.  In the years to follow, DLMT has continued to make his stamp on the house music scene with hallmark records like “One Drink” on Tchami’s Confession label as well as his hit collab with Afrojack “Wish You Were Here” featuring Brandyn Burnette on Spinnin' Records.

Combining his massive streaming success in both the commercial and club lanes with a plethora of touring history including support for: Tchami, DVBBS, Elefante, and several others; DLMT is continually evolving into a worldwide phenomenon. Coming off his signing of a global deal with Ultra Records, DLMT has some big plans lined up for 2022, kicking off with his smash single “Take Me Somewhere”.

Hailing from Virginia, LAKIM has steadily made a name for himself in the electronic scene. Bridging the gap between dance and hip-hop with style and finesse, his sound is an ever-shifting blend of crisp drum patterns, dreamy synths, and lush vocal chops. Following several years of independently self-released projects, LAKIM made waves in 2012 when his stellar remixing skills caught the attention of the renowned forward-thinking beat collective, Soulection. His introductory EP for the label, “Esoteric”, was released in 2012. Following its debut, the label executives wrote in a press release that the body of work “not only displays his growth as an artist but also implements his signature style of chopping dusty soul records into the undeniable form of bass music that has been dominating the world’s sound of tomorrow.”. Since then, he has continued to expand and evolve his style over multiple featured releases with the label and successful collaborations with fellow Soulection artists like Mr. Carmack, Sango, & Esta. He’s turned a song into a movement (originator of Future Bounce - i.e. GoldLink), has been the focus of the first Soulection’s White Label Series, and has remained on the tips of tongues with his remixes of popular artists and upcoming producers alike. Since the release of his first full-length album on Soulection, “This is Her”, in 2014, LAKIM has released several DJ sets (Broccoli City, Dancing Astronaut, etc.) and remixes, including his remix of Janet Jackson’s “BURNITUP!” featuring Missy Elliot, Banks’ official remix to her 2016 single, “Fuck with Myself.”, and his gracious remix of OVO artist Plaza’s single, “Personal”. He has also further developed his production credits for various major label & indie recording artists, including Wale’s BYGPW (Colors) (Warner), Yung Gravy & Lil Baby’s “Alley Oop” (Republic), and Logic’s “Tokyo Nights” (Def Jam). LAKIM has received universal praise from publication outlets such as The Fader, Mass Appeal and Complex, while gaining traction in radio on platforms like BBC Radio 1, Beats 1, and Shade 45. Collectively, his music has amassed millions of downloads & streams and has garnered support from heavyweights such as Questlove, Just Blaze, and A-Trak. LAKIM has consistently performed and toured around the globe since 2013, with astounding displays across North America (Afropunk, Boiler Room, etc.), Asia, Africa (Rocking the Daisies), Europe and Australia with standout performances alongside artists such as Nas, Kendrick Lamar, & Lauryn Hill. LAKIM embodies a sound that is truly unique and his energetic live performances shouldn’t be missed.

JAKEGATEWOOD
JAKEGATEWOOD, formerly "JG" is a House Music Producer Artist / DJ. Hailing from DFW, TX he has traveled the world touring with Rap acts like XXXTentacion, 21 Savage, Playboi Carti & many others. Jake decided to start creating House Music in 2019 & hasn't looked back since. With the successful release of his 2020 single, "Eyes On U", Jake was able to tour 15 states in the USA & perform at multiple world-renowned Music Festivals. Jake's music can be described as a fusion of Disco, House, R&B & Rap, there's really no boxing it in. Seeing him live is as if you're jumping into his brain & creative thoughts for the next hour.
BOYBLK
Sterling aka Boyblk is a DJ from Fort Worth, TX with over 10+
years of DJ experience under his belt! With a focus on
displaying the rich culture of house music threw his sets, and
elevating the energy of any room, or club he plays at! Boyblk’s
focus is house music, but he sets can be compared to artist
from Soulection, and NTS Radio!
Apart from the music Boyblk also focus on teaching and
sharing his knowledge of the culture of house music as well as
DJ. Hosting workshops, and creating video for his 40k+
audience on Tiktok!