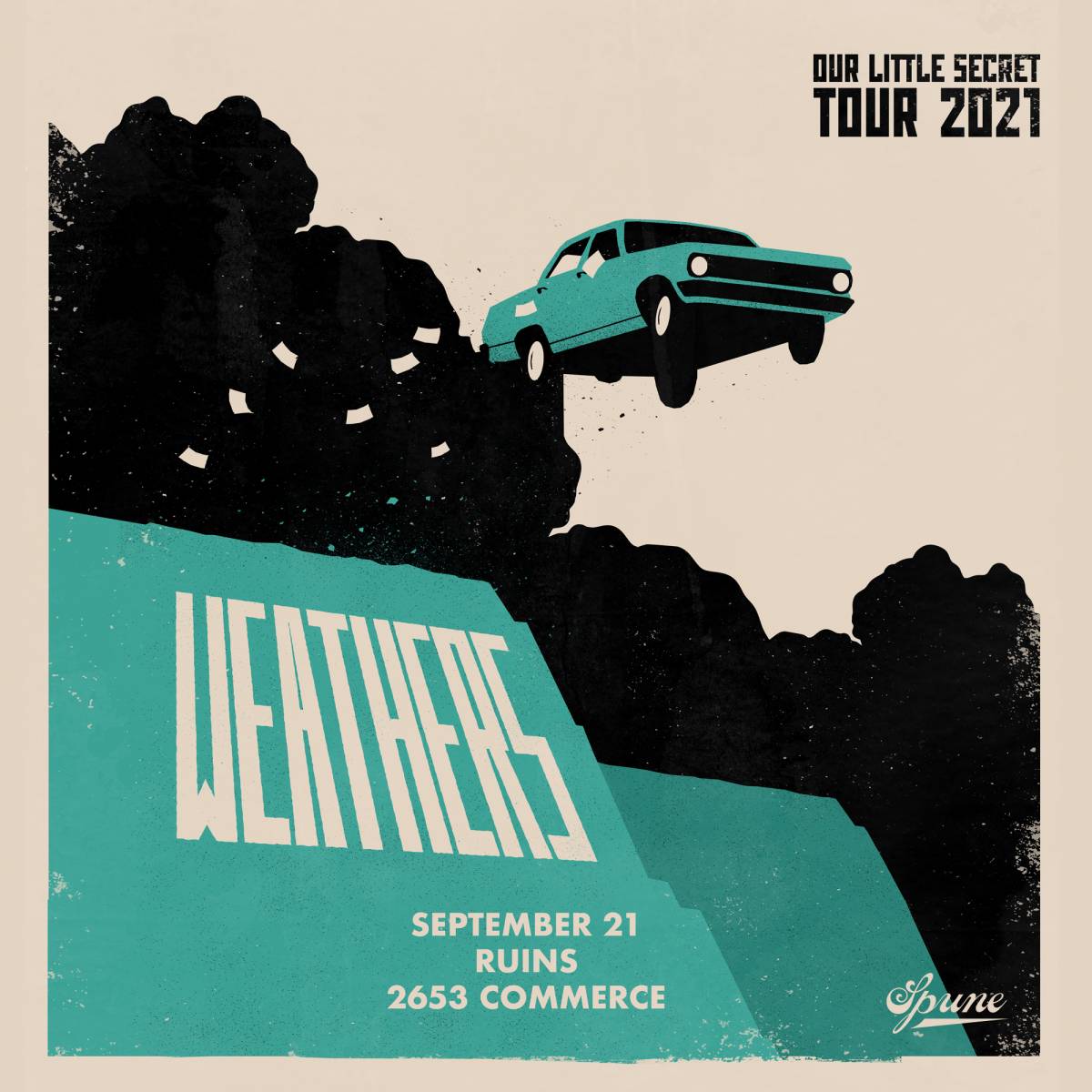 WEATHERS FEBRUARY 9th SHOW HAS BEEN RESCHEDULED FOR SEPTEMBER 21, 2021. ALL TICKETS FOR FEBRUARY 9th WILL BE HONORED FOR THE RESCHEDULED DATE. TICKETS WILL BE REISSUED AT POINT OF PURCHASE.

Weathers is Cameron Boyer, guitarist Cameron Olsen, bassist Brennen Bates, and drummer Cole Carso. Having gone through some challenging events over the past two years, Boyer wanted to process his struggles through songwriting.

He felt compelled to make feel-good songs about self-value, self-discovery and about being betrayed and moving on. When Boyer and Olsen began writing new songs in January 2017, what emerged was “this messy, glitchy sound”, Boyer says, adding that a 1958 Silvertone guitar bought from a garage sale is played on nearly every song, and gave the music what the album’s producer Tim Pagnotta (WALK THE MOON, Neon Trees) called a “ratty, acoustic” feel.