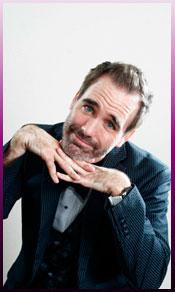 People always ask comics... "How did you get into comedy?" Todd's answer isn't a simple one. Although somewhat of a class clown in his teen years, he didn't find his comedy legs till his late 20's. After the death of his mother followed shortly after by a bad break up (I know, women!?!) he found himself in a stand-up comedy workshop. Todd's thinking... "Well things can't get much worse, let's try stand-up". After the 4-week class and a showcase show, that's all it took. He was hooked.

Since then, Todd's outspoken personality and acerbic delivery has made him an audience favorite wherever he performs. After honing his comedy skills over the last 10 years, Todd has made it to the wild-card finals in The World Series of Comedy in Las Vegas and won first place in the Funniest Person in South Texas Comedy Competition. He now resides in Los Angeles where he is 'livin the dream'... when he isn't bitching about the traffic.