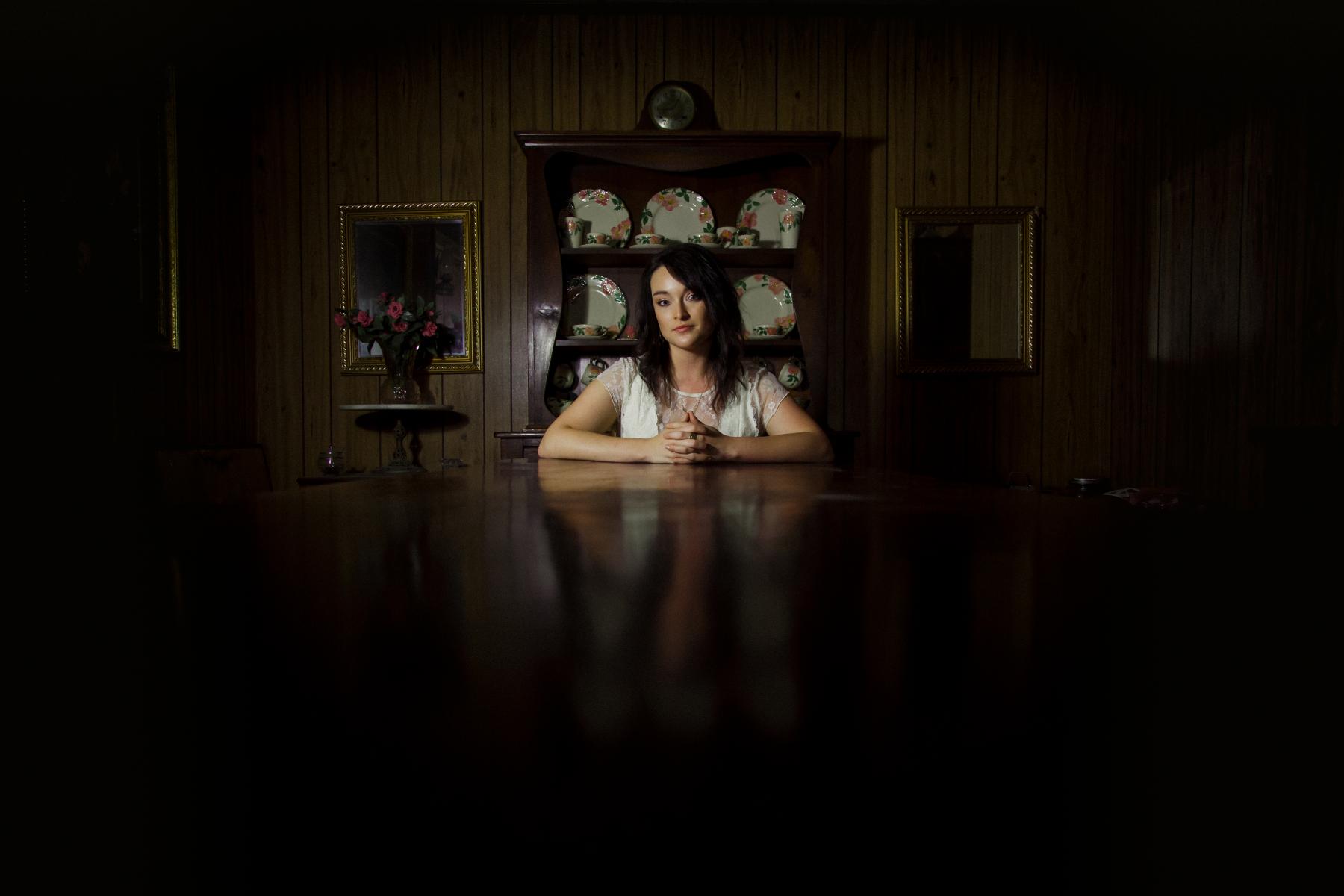 Kayla Ray delivers country music with rawness and honesty. Kayla was raised around worldly experience and heartache, and this rings loud and clear in her genuine delivery of pure country music. With her grandmother’s musical tastes a strong influence, growing up Kayla surrounded herself with music from our past. She poured over the work of country music giants such as: Patsy Cline, Loretta Lynn, Tammy Wynette, Tanya Tucker, Merle Haggard, George Jones, and Willie Nelson. Although the influence of these artists is prominent in her strong delivery and original truth filled lyrics, she has developed a truly unique and captivating style that is all her own.

Growing up in the Waco,Texas area, Kayla began seeking any opportunity to perform. Kayla played off and on with the legendary fiddle player Johnny Gimble and his family band simple called, “The Gimbles”. Johnny’s son Dick Gimble remains one of Kayla’s strongest mentors.

It is also worth noting that, Kayla played her first paying gig at Papa Joes in Lorena, Tx where as she puts it, “Billy Joe Shaver shot that guy in the face and got away with it.”.

In 2012 Kayla began tour managing and performing artist Jason Eady and his full band. Certainly you can imagine the kind of fire it takes a young woman in her budding twenties to manage touring male musicians twice her age. In this role, Kayla did not disappoint. It seems as if she thrives in adversity, loving every moment and singing with conviction, every mile.

In August 2014, Kayla released her first full length album “Love and Liquor”. This album, produced by her then employer Jason Eady, is a collection of all original country songs, not the new wave “country music” that exploits marketing tactics, the kind of country music that sticks to your ribs and involves the human design.

“Love and Liquor” was reviewed by countless bloggers and industry professionals. A few mentions are :

“Kayla embodies everything that was and should still be country music. Kayla is a sweet spirit with a love of music and the songwriting and performing ability to let the good times and the tough times of her upbringing shine through.” -Brian Strickland Music of New Braunfels

"Kayla Ray is a breath of fresh COUNTRY air. In music genre filled with people trying to sound like other people, Kayla forges her own sound. Much like Loretta and Tammy, before her, she writes and sings from her HEART. Real life is what Country Music is all about, and Kayla Ray sings and writes REAL Country Music, and that's hard to find in this day and age." -Jim Nash 106.9 The Ranch

Outside of her time with Eady, Kayla began her performing in the Central Texas regions and has now grown to national touring. Opening for a conglomerate of acts, as well as headlining many of her own shows, despite her youth, has lifetimes of experience.

In 2014 Kayla left the Eady camp to tour independently. Since then she has has tackled legendary venues such as Billy Bob's Texas, Luckenbach Texas, and Knuckleheads in Kansas City, Mo. Kayla stays busy touring nationally at the pace of 150 plus dates a year. And in fall of 2019 Kayla plans her first overseas tour exploring England and its surrounding areas.

May 4th of 2018 Kayla’s sophomore album “Yesterday and Me” released. This album is a collection of hard lived truths set to moving melodies. From honky tonk dance tempos, to sit you down and contemplate life ballads this album does not disappoint.

Critically acclaimed this album has had success in both the United States and the UK. Among this albums accolades Kelly Gregory critic for “Country Music People Magazine” listed “Yesterday and Me” as the #1 ALBUM OF 2018!

August 23rd, 2019 Kayla releases a new original single “The Jameson Waltz”.
Recorded under the watchful ears of Pat Manske at The Zone studio in Dripping Springs, Tx “The Jameson Waltz” shows both growth and consistency in the quality of Kayla’s craft.