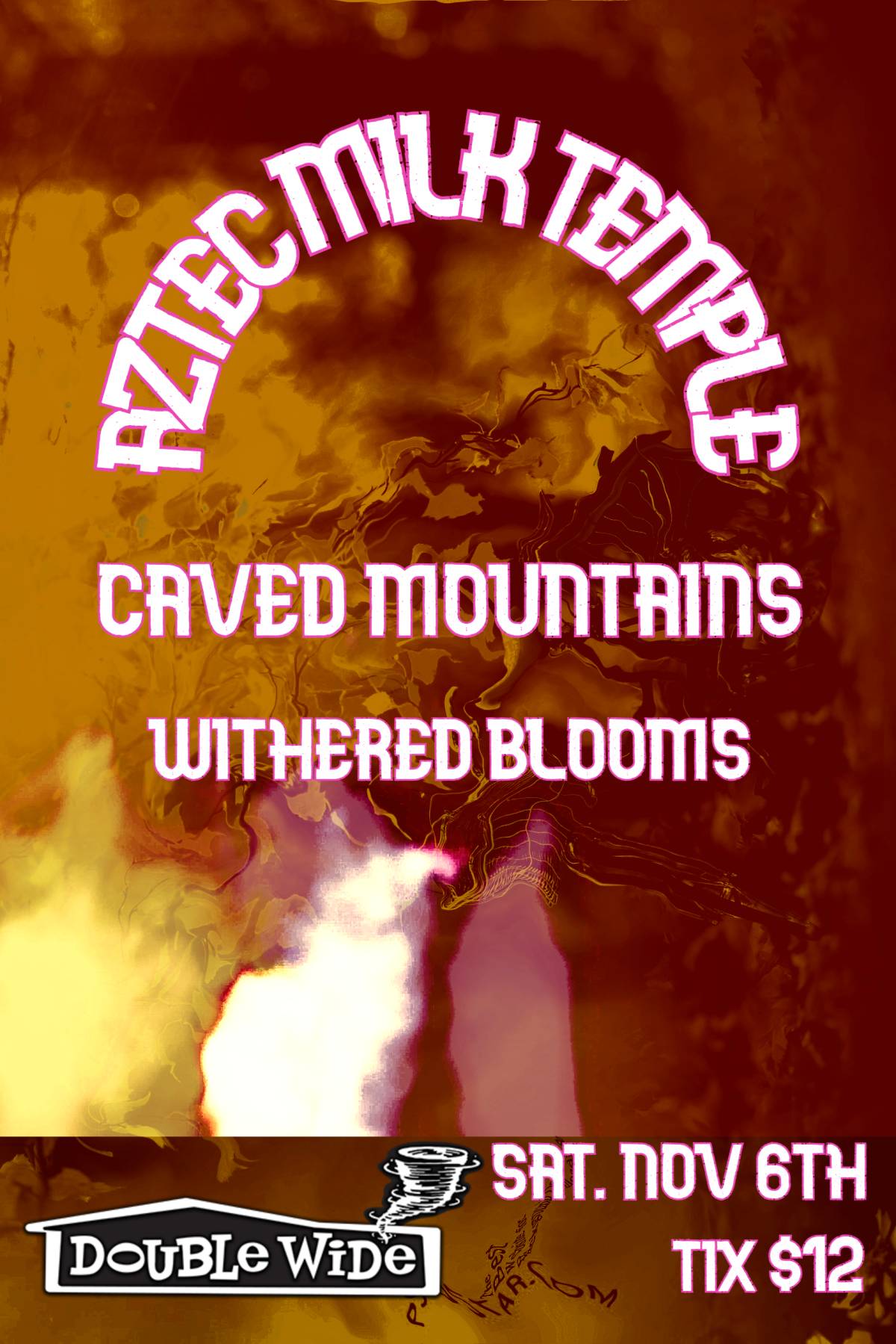 Texas based Neo-Grunge band featuring Scott Tucker, Vincent Martin, and Braxton Fugate. Debuting to a sell out crowd in Dallas, TX in the Winter of 2019, this young band quickly became known in Texas independent music circles for their artful songwriting and captivating live performances. Throughout 2019, the band toured the Texas music markets, refining live performances, and writing new material, before eventually catching the attention of Grammy-nominated producer, Chris "Frenchie" Smith. They then signed a recording contract with current label Idol Records.

Caved Mountains are an Alternative Psych band from Texas. They will be releasing their full length self titled album on vinyl for this performance.

If BRMC, the Jesus and Mary Chain, and the Dandy Warhols move the needle for you, this four piece probably will too. Led by Mark Randolph on guitar and vocals, Bryan Desosa on drums and vocals, Aaron Longoria on bass and Michael Mckinley on lead guitar, Withered Blooms sound like a relic from another era.