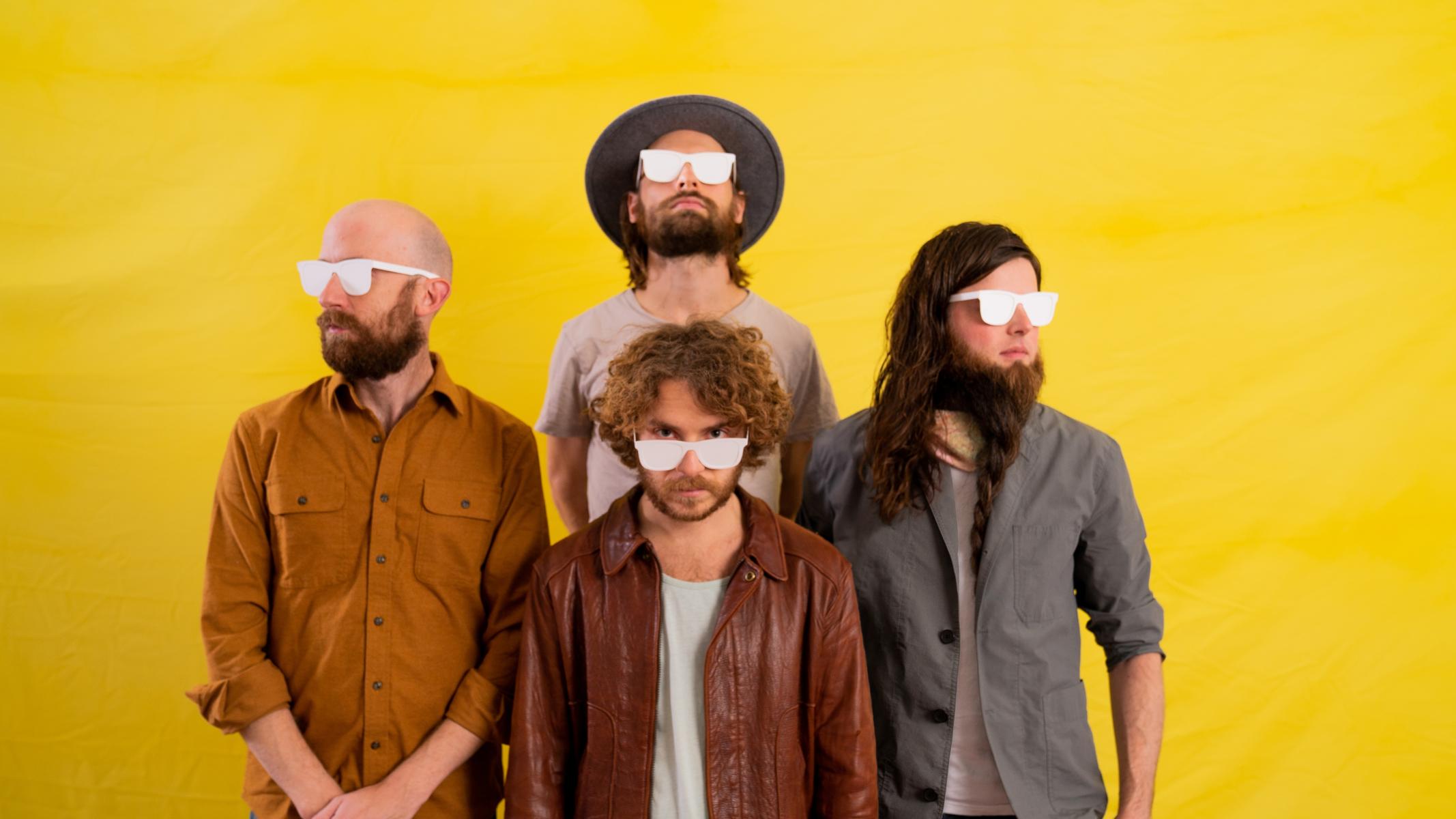 Six years after coming together as a band of high-energy musical misfits—too rock for folk, too folk for punk, too punk for bluegrass—Parsonsfield found themselves standing at a crossroads. The critically acclaimed five-piece was down to just four members, and while the obvious solution may have been to simply replace their departed comrade, the group instead made the bold choice to completely reimagine their lineup and their catalog, carrying forward as a quartet with an ambitious new approach to writing and recording. The result was a genuine sonic rebirth, a wild musical awakening that brought Parsonsfield closer together than ever before and yielded their most exhilarating and adventurous record yet: Happy Hour On The Floor.

“Recording this album marked our first time working in the studio as a four-piece, and it was really liberating,” says lead vocalist Chris Freeman. “Once the lineup changed, we realized that there weren’t any restrictions on what we could do. It came with this boundless sense of musical freedom where anything felt possible.”

Produced by Benjamin Lazar Davis (Joan As Police Woman, Okkervil River), Happy Hour On The Floor fuses Parsonsfield’s rustic instrumentation and timeless sense of songcraft with dreamy synthesizers and vintage drum machines. The arrangements here are broad and spacious, often built off spare, hypnotizing loops that fuel the songs’ mesmerizing drive, and the band’s performances are deliberate and economical to match, substituting lean, careful construction in place of the strummed exuberance that defined much of their early work. The result is a record all about finding happiness in simplicity, a captivating collection more reminiscent of modern indie pop than old-school string bands that pushes the group far beyond the perceived boundaries of its sound even as it shines a spotlight on the heart and soul of what’s always made them such a joyous revelation.

Hailed by Folk Alley as “the most jubilant and danceable indie roots music this side of the Carolinas,” Parsonsfield—Freeman, mandolinist Antonio Alcorn, guitarist Max Shakun, and drummer Erik Hischmann—first emerged in 2014 with Poor Old Shine, an ecstatic acoustic collection that prompted The New York Times to praise them as “boisterously youthful yet deftly sentimental” and No Depression to rave that they’ll “give you rich five-part harmonies one minute [and] sound like bluegrass on steroids the next.” The band grew more experimental on their 2016 follow-up, Blooming Through The Black, and the collection earned them both glowing reviews and dates with everyone from Josh Ritter and The Jayhawks to Mandolin Orange and The New Pornographers. That same year, the group saw their music featured in the hit AMC series “The Walking Dead” and teamed up with the prestigious FreshGrass Festival to compose a score for the 1922 silent classic Nanook of the North, which they performed live alongside the film at the Massachusetts Museum of Contemporary Art.