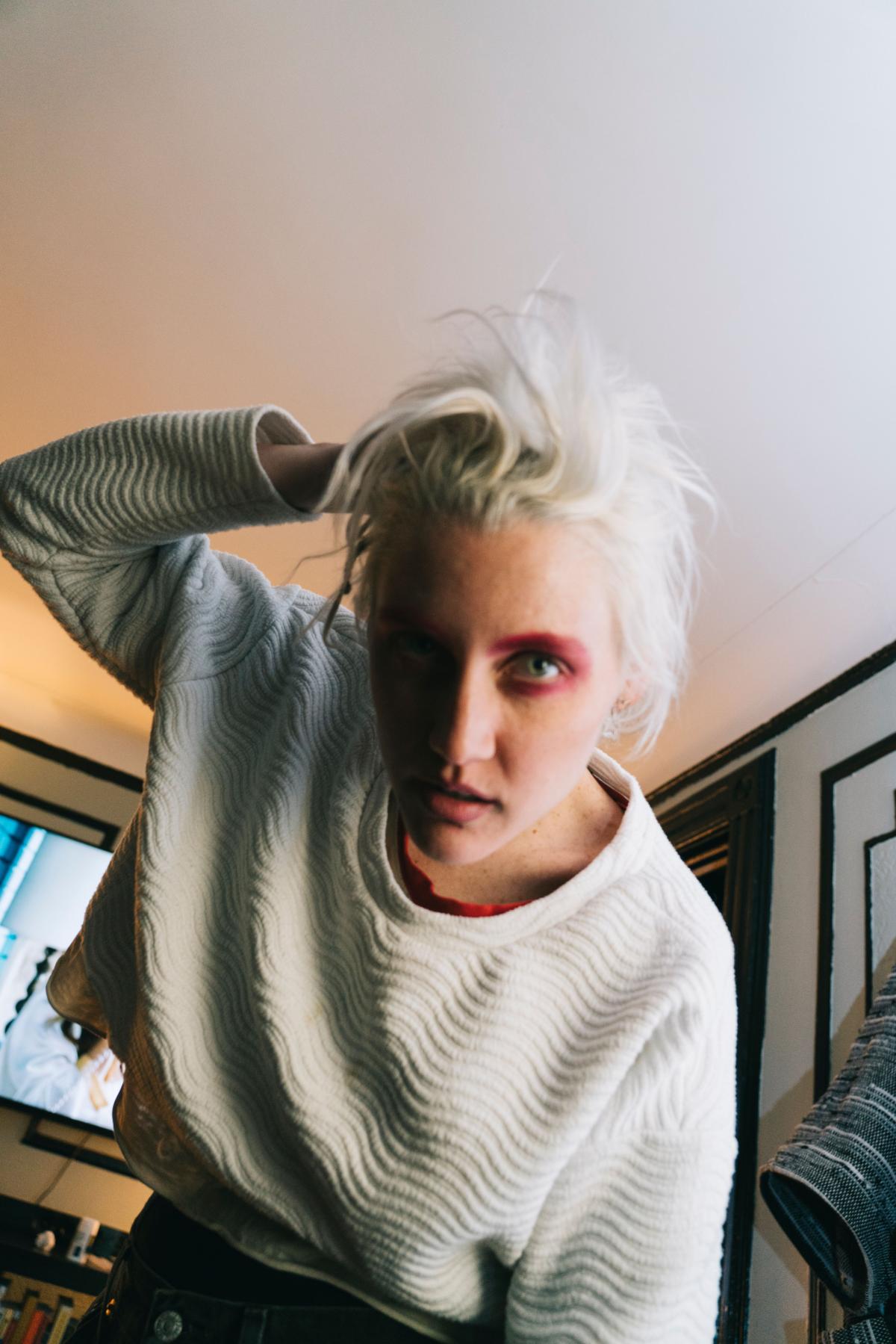 Jaffe’s newest release, SMUT, follows the July release of her companion EPs This is Better Pt.1 & This is Better Pt. 2, which ultimately saw Jaffe embrace the grieving process of an intense heartbreak. SMUT on the other hand, was born from the newfound freedom, confidence, and self-exploration Jaffe found at the hands of being single.

The writing of the two “This is Better” EPs was DEEPLY cathartic for me. Outside of my family and my friends, creating in the studio with (producer) Aaron Kelley and writing those songs propelled me to the light at the end of the tunnel. Before those eps came out, I found myself, once again, in a very different head space.

I was having a lot of fun being single again. I hadn’t been single since my mid-twenties. I was traveling a lot. I was living alone for the first time in my adult life.“SMUT” is another group of songs that were written to capture this time. The title came about in the middle of recording it all though. My girlfriend’s roommate got this voicemail from a stranger years ago that ended up in my inbox THANK GOODNESS. It was a lil’ shooting star that I had to catch so I asked if Aaron and I could sample it. And in the making of that track, I just thought SMUT was such a satiating word. A word that feels good to say but carries some raunch with it. – Sarah Jaffe

With stand-out tracks like “Small Talk” and “Important,” SMUT leans into more upbeat territories – the spatial and ambient electronics are ever-present, but the melodies, lyrics and instrumentation across the EP are uplifting and energized. After teaming up on This is Better Pt.1 and Pt.2, Jaffe and Dallas-based producer Aaron Kelley continue to evolve their collaborative sound, utilizing vocal samples as instruments and letting cascading synth lines drive the rhythm on SMUT. Press outlets have already taken notice of the duo’s unique production and ability to encapsulate raw emotion and heartbreak, with NYLON stating Jaffe’s music is the “Self-Care Reminder We Need” and Refinery29 saying it “nails the feeling.”