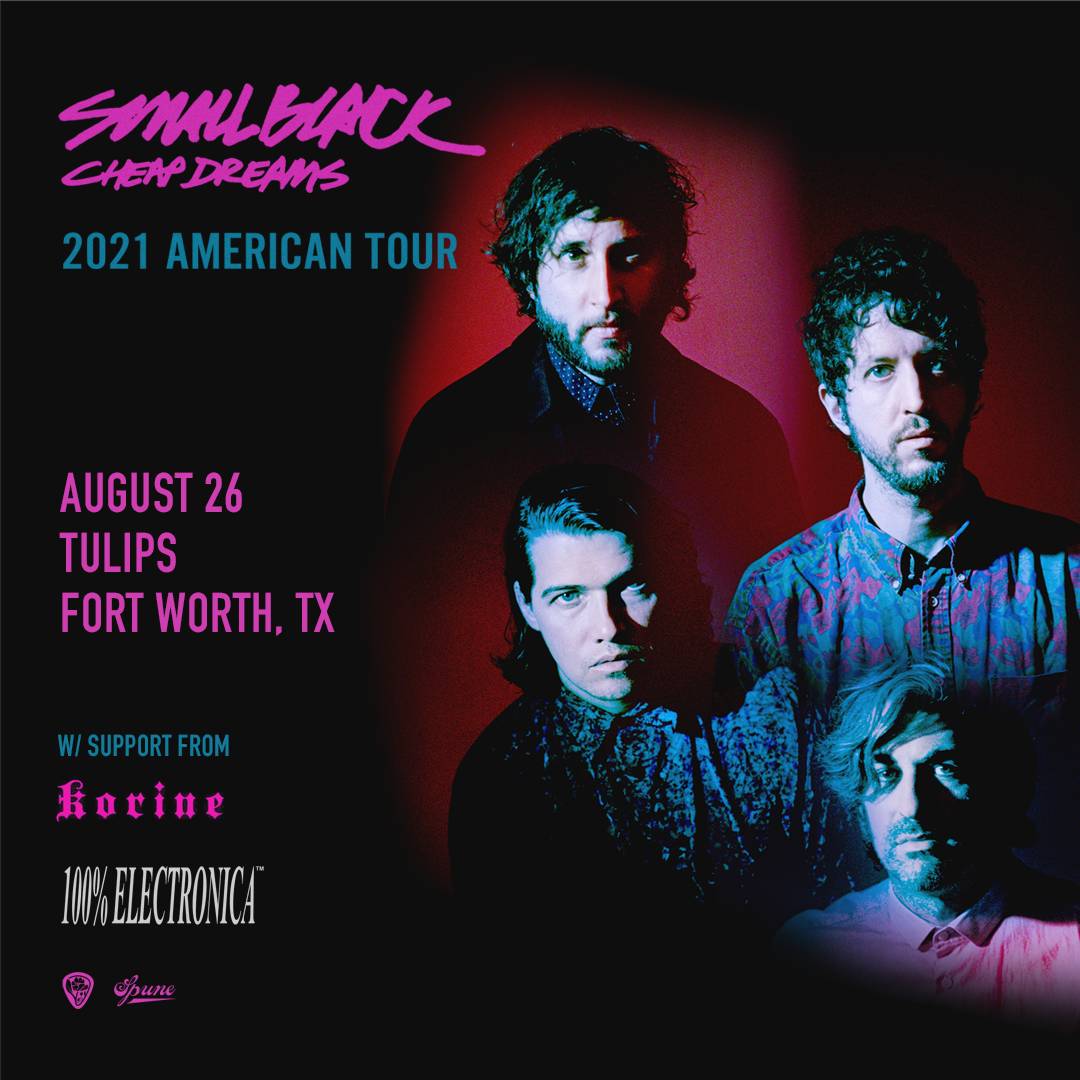 Formed in 2009 as a bedroom recording project, Small Black first made waves with their eponymous debut EP. Recorded in the attic of singer Josh Kolenik’s uncle’s remote Long Island beach house/surfboard workshop, the EP served as an introduction to the group, with its pulsing patchwork of vintage synths and casio beats culminating in the breakthrough single "Despicable Dogs." This track cemented them as pioneers of Chillwave, the sound of which seemed to get its hooks into so much music across the 2010s.

The project evolved into a fully-fledged touring act, consisting of Kolenik (vox/keyboards), Ryan Heyner (guitar/keyboards), Juan Pieczanski (bass/guitar), and Jeff Curtin (drums), and this live influence showed up in their debut LP on Jagjaguwar, 2010's New Chain. The loopy, weeded-out album found the band messing around with hip hop drums & samples, which they further explored on 2011's Moon Killer mixtape, collaborating with rapper Heems & remixing their own material through this kaleidoscopic lens.

Years of hitting the road hard sent the band after a brand new sound & aesthetic with 2013's beloved Limits of Desire. Chasing the 80s pastiche of The Blue Nile & Talk Talk, SB upped their production chops, writing, recording & mixing the record from scratch, with the anthemic "No Stranger" & "Breathless" leading the way. Punctuated by the incredible visuals of directors Nick Bentgen and Yoonha Park, it was a huge step forward for the project. 2015's Best Blues, led by "Boys Life," followed further down this sophisti-pop path, adding more organic flourishes, choral samples & a little goth energy into the mix.

2020 finds Small Black back in the game with a brand new label, the vaporwave upstart 100% Electronica. New single "Tampa" harks back to monster pop of Tears for Fears, through the lens of a vacation gone wrong on the coast of Florida. Working again with mixer Nicolas Vernhes, the band’s new record, Cheap Dreams is due on April 9th.