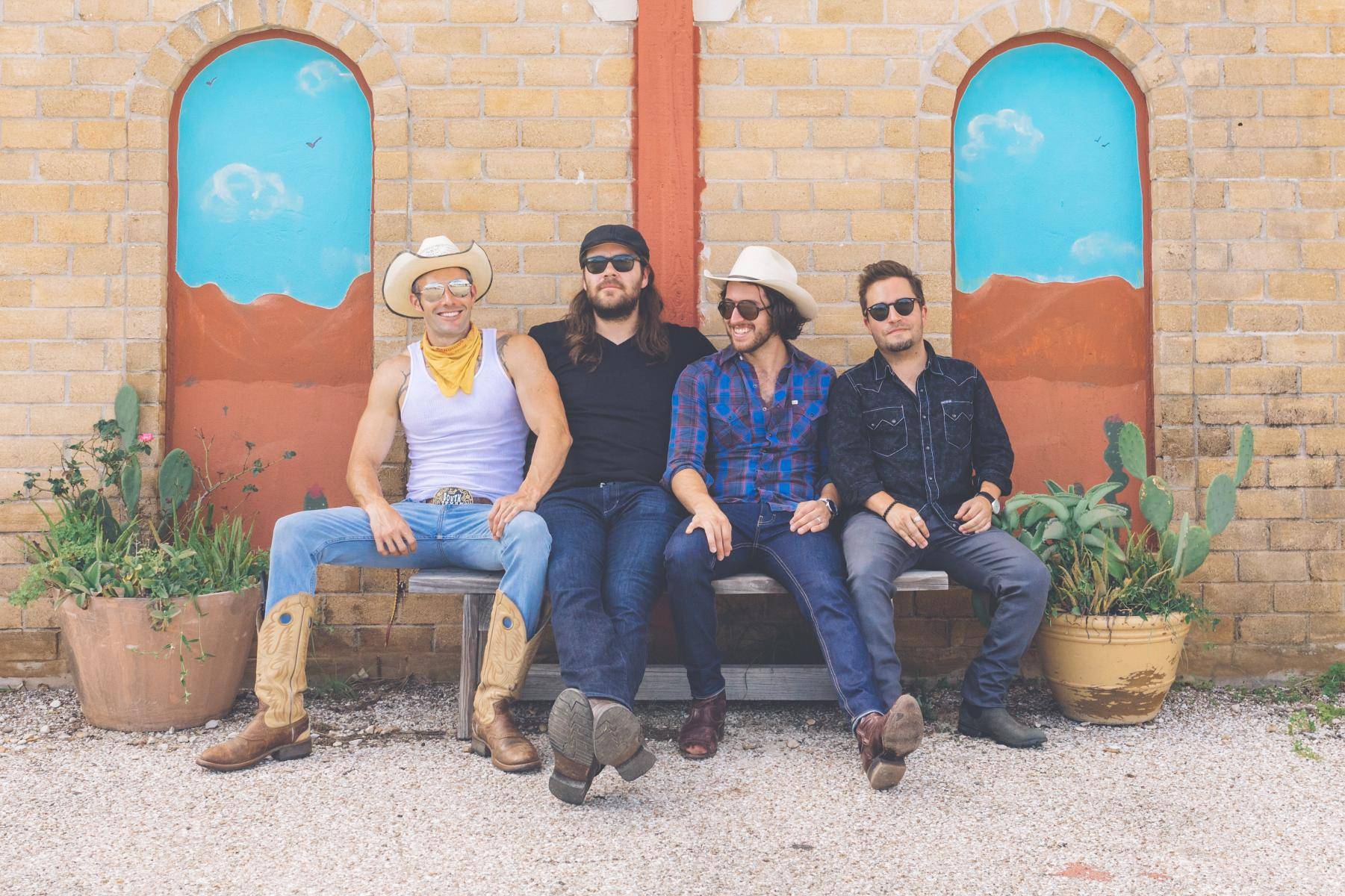 The Dirty River Boys are paving their own road as they travel it. They are a testament to the idea that “if you can dream it, you can do it,” moving with determination ever closer to the light. Above all is their belief in their music. It motivates them and provides exultation for each member, as well as for the audiences who have become fans by the force field the band creates in live performance.

Steely intention aside, there is a magic to being in the right place with the right stuff at the right time. Home in El Paso, the Dirty River Boys yearned to make music the centerpiece of their lives. Then they played their very first Austin gig, a happy hour set at hipster haunt, Lustre Pearl. The music they presented was energetic and infectious, though stripped down acoustic. The joy was unmistakable. And a new path with exciting possibilities was being born. The band migrated to Austin shortly thereafter, where they thrive amidst the other musicians in town, and love the strong sense of community they found. “Being in Austin, with so many great bands, it makes you up your game.”

Travis Stearns and Nino Cooper met in the music scene in El Paso. They started gigging every once in a while, while they waited patiently for the day they could dedicate themselves to music 24/7. The Dirty River Boys trio formed 3 years ago, when Marco Gutierrez quit his job and school to join the band. “We had to go against full bands in El Paso, us with three people with acoustic instruments. It shows if you are consistent and serious about your music, you can really make it. We put our hearts out there every night. People see that.” They added an upright bass player about a year and a half ago. Colton James joined for a 90 minute set at the River Road Icehouse. It was a trial by fire and a foursome was forged.

The new album, Science Of Flight, was recorded at Yellow Dog Studio in South Austin, Texas. Marco, Nino, Travis and CJ put aside just five days for the process. They played everything on the album themselves, only tapping on the legendary Kim Deschamps to lay down pedal steel, and Ephraim Owens to play trumpet. Expect surprises; Wurlitzer, marching drum sounds, train whistles, a rattlesnake. The band was mindful of their ability to recreate the sounds on stage in the live environment. The Dirty River Boys are seemingly always on the road, having logged 100,000 miles in the van, though thankfully, the rattlesnake is not a traveling companion.

Science of Flight has been described by The Dirty River Boys as Western, Fat, and Rock and Roll. It touches on myriad emotions with gentle harmonies that shimmer with beauty, acoustic rave-ups, and hook driven tunes. “This time, we made a record. We build it, recording the parts ourselves. This is a band record. We are really excited about it.”