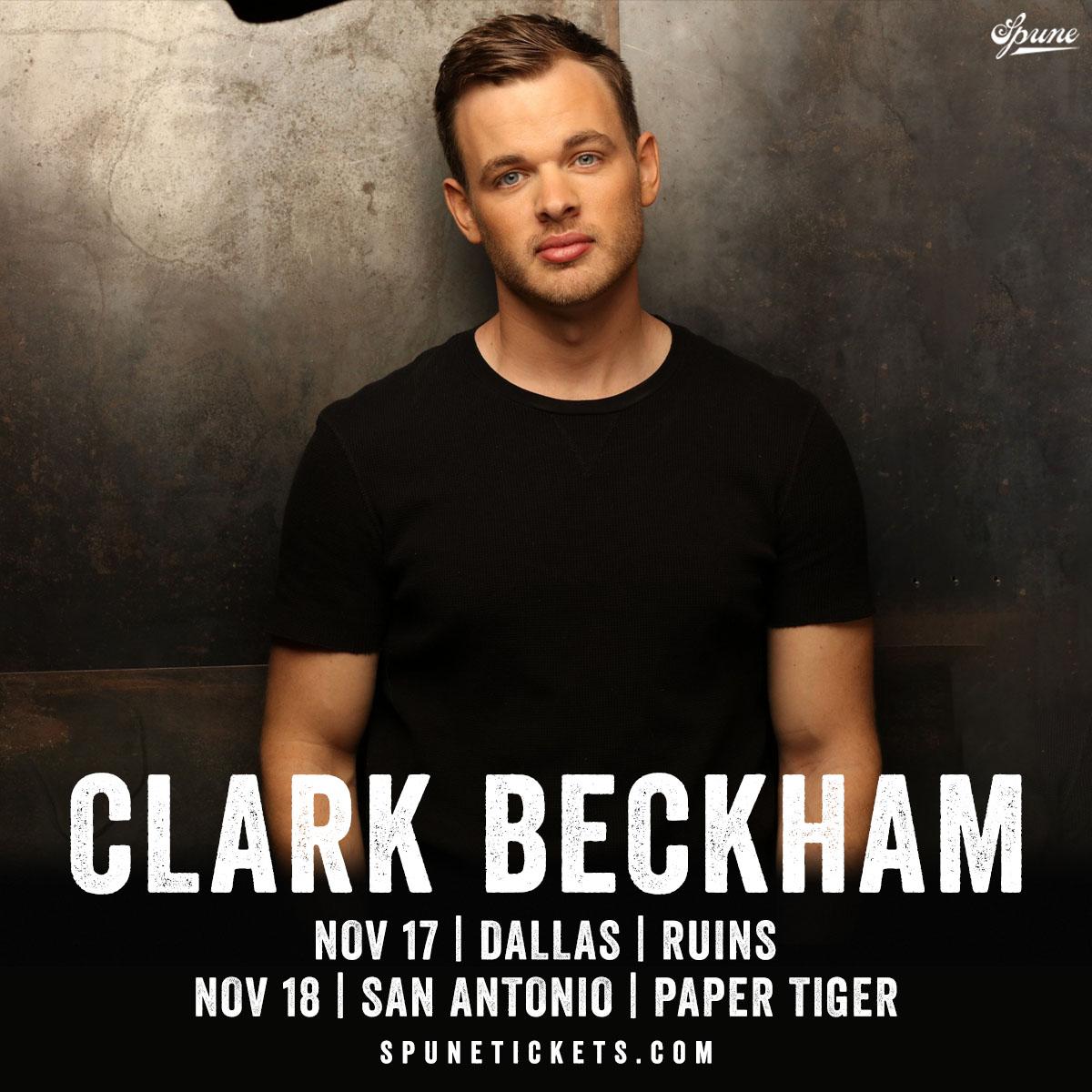 Clark Beckham's talent is indisputable, it’s as simple as that. Growing up just outside of

Nashville, Tennessee, Clark discovered an undeniable love for music through church and later

City. After graduating from Lee University, the multi-instrumentalist traded in the bustling streets

of downtown Nashville for the bright lights of Hollywood. In 2015, Clark received his golden

voted the runner-up of the season. Clark’s live performances dominated the top 10 most-viewed

In 2018, Clark released his Year One EP, which debuted at #6 on iTunes’ Alternative chart and

#22 on Billboard’s R&B Sales chart. Since then, Clark has performed with the famous Nashville

Symphony, opened up for platinum-selling recording artists Jon Bellion and Allen Stone, and

was nominated for a Teen Choice Award. Clark is currently gearing up for the release of his

release from the album, “Luckiest Man,” is a lyrically beautiful, stripped down track with a deeply

Inspired by musical icons from Stevie Wonder and Ray Charles to Marvin Gaye and Al Greene,

sound uniquely his own. From growing up singing in a gospel trio to performing on the streets of

Broadway all the way to an illustrious stage in Hollywood, Clark has achieved a magnitude of

success thus far. However, Clark views this driving force of new, original music as a natural and

upward progression in his career. With captivating and dynamic energy, complemented by his