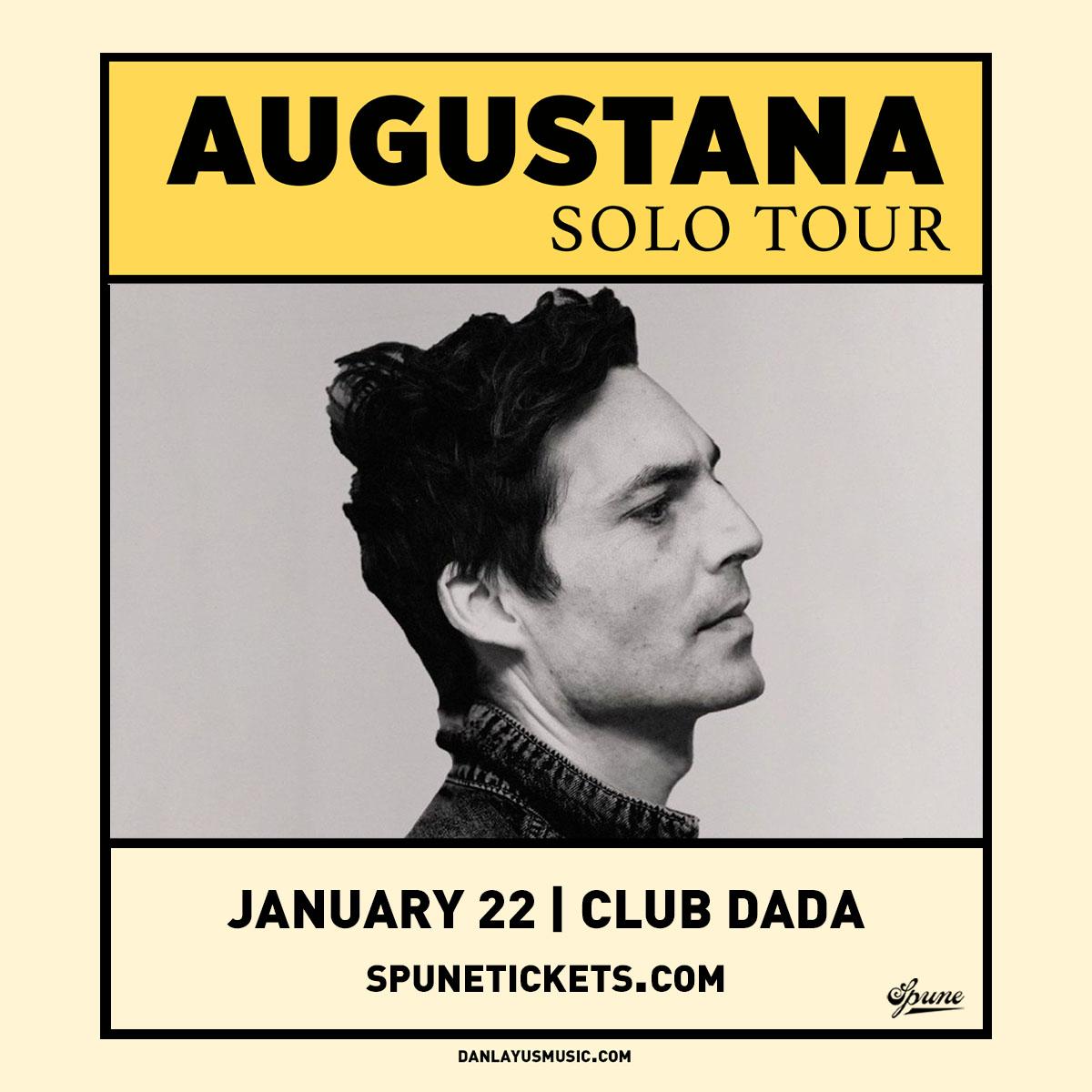 Dan Layus has fronted Augustana as its singer and primary songwriter since its formation in 2002. Building a dedicated following of fans off the backbone of hits like "Boston," "Sweet and Low" and "Steal Your Heart,"

The most recent LP release AUGUSTANA-LIVE (RECORDED FROM A LIVESTREAM EVENT) was recorded live in December of 2020 and released in March of 2021. The concert recording was a long awaited arrival for fans of the band, who'd never released a live album until that point. In a solo performance setting, Dan Layus plays through some of the most well loved music from the groups catalogue in a chronological order. The concert is intimate and authentic, nuanced and powerful. He makes the songs feel experienced and lived in, and cements a moment into a recording that mirrors what he's done on stages across the world for so many years.