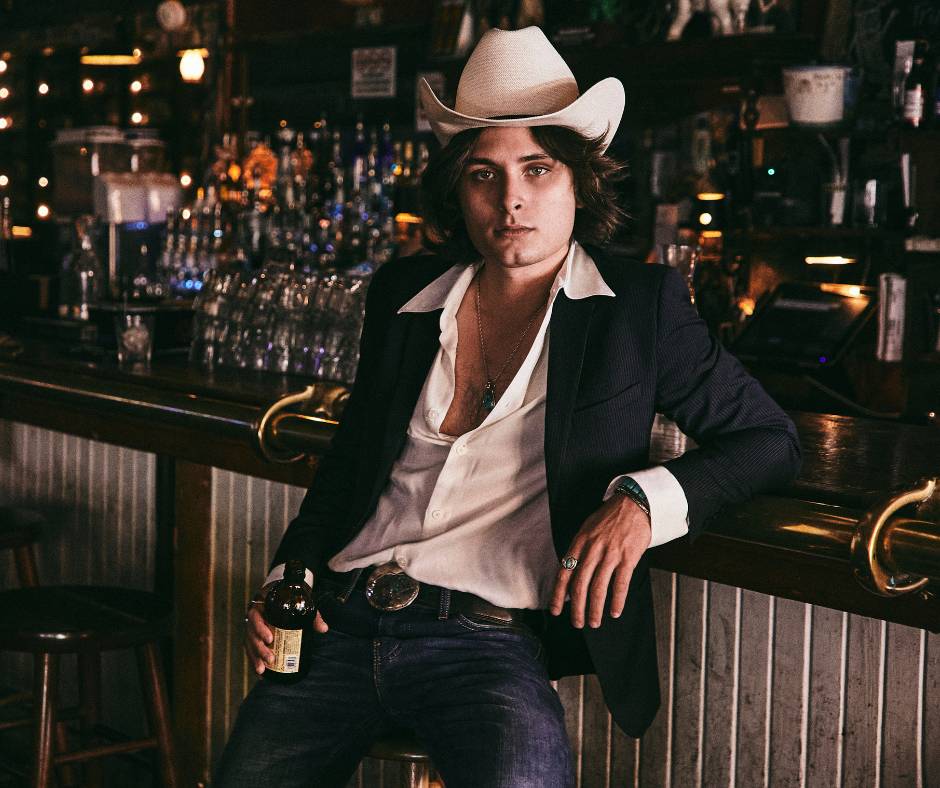 Equal parts country-folk songwriter and Americana road warrior Parker Twomey makes timeless music for the modern world. It's a rootsy sound that blurs the lines between genre and generation, created by an old soul who's still in his early 20s. With his solo debut, All This Life, Twomey opens the doors to his coming-of-age experience, writing candidly about the romance, regret, and reflection that comes with a life largely spent on the move.

Years before he launched his career touring alongside country singer Paul Cauthen, Twomey was raised by artistic parents in Dallas. He began playing music at ten years old, receiving his first guitar lessons from his dad and his first piano tutorials from his grandmother. By his early teens, he wrote his own songs and attended the city's prestigious art school, Booker T. Washington High School, where icons like Norah Jones once cut their teeth.

Even as a freshman, Twomey stood out amongst his classmates. He was a multi-instrumentalist with an ever-growing catalog of original tunes. He channeled the ageless cool of his heroes, including Robert Redford and James Dean. Perhaps most importantly, he'd already spent ample time onstage, paying his dues at a crucially young age.

"I joined my first band with my dad when I was 10," he remembers. "We'd play shows around Deep Ellum, and I'd have to stand outside the venue with Xs on my hands, waiting until it was our time to play. I'd been writing short stories since I was 4 or 5, so once I began writing songs, I immediately knew it was what I wanted to do with the rest of my life."

During his final two years at Booker T. Washington, Twomey would finish his afternoon classes before heading to Modern Electric Sound Recorders. The place was a beloved hub of Dallas' music community — a thriving studio where Leon Bridges, Jonathan Tyler, and the Texas Gentlemen had all recorded albums — and Twomey quickly became a regular. "I started making them coffee, vacuuming, wrapping cables," he explains. "That led to me assisting with the engineering of sessions and becoming the producers' right-hand man. And that led to me playing keys on their recording sessions."

Impressed with his abilities as an instrumentalist and harmony singer, Paul Cauthen — a larger-than-life Texan who'd recorded multiple records at Modern Electric — extended an offer for Twomey to join his touring band. Twomey didn't need much convincing. "I almost didn't graduate high school because I was on the road with him," he says with a laugh. "Once I graduated, I officially hit the road with Paul. We played Red Rocks and the Grand Ole Opry when I was 18. We opened up for Hank Williams Jr and Midland. It was crazy moment after crazy moment before I even knew who I really was. It helped shape my outlook on life and my view of the world."

Recorded during breaks in Twomey's touring schedule, All This Life sets that newly-discovered worldview to a soundtrack of soft-hued country music and Texas-inspired folk. This is music for the heart and the heartland, written by a hopeless romantic who's young enough to dream big… yet well-traveled and worldly enough to embrace darker topics. On "Baby, It's a Harder Way Now," he explores the void left behind by a breakup, pitting his vocals against the spacey sweep of strings, piano, and electric guitar. He thanks his loved ones for their support with the finger-picked acoustic ballad "Family," which channels cosmic cowboys like Gram Parsons on the stunningly subtle "I'd Be Your Man," and rides a galloping drumbeat toward his own horizon with the country-rock anthem "Counting Down the Days."

Parker Twomey nods to his influences throughout All This Life, an unabashed fan of the folkies, crooners, and indie songwriters who came before him. The lush string arrangements channel Glen Campbell. The frank, heart-on-sleeve lyrics salute Jason Isbell and Dawes' Taylor Goldsmith. Finally, the album's balance of intimate moments and grand gestures evokes the lushly-layered bedroom recordings of Elliott Smith — a man whose introverted songwriting captured Twomey's attention at a young age. "I found Elliott Smith, and my world changed," he recalls. "It was like I could feel everything for the first time. All the puzzle pieces came together and finally made sense."

All This Life also features appearances from a number of personal heroes. Matt Pence, who previously performed with Centro-Matic, pulls triple-duty as the album's co-producer, engineer, and drummer. Beau Bedford, one of Modern Electric's ringleaders, serves as co-producer and multi-instrumentalist, while members of the Texas Gentlemen and the Grand Ole Opry's house band all contribute to the album's southern swirl. On a record stacked with appearances from his contemporaries, All This Life never fails to showcase its creator. This is Dallas' newest export: a songwriter riding the balance between youth and manhood, country and folk, introversion and universality.