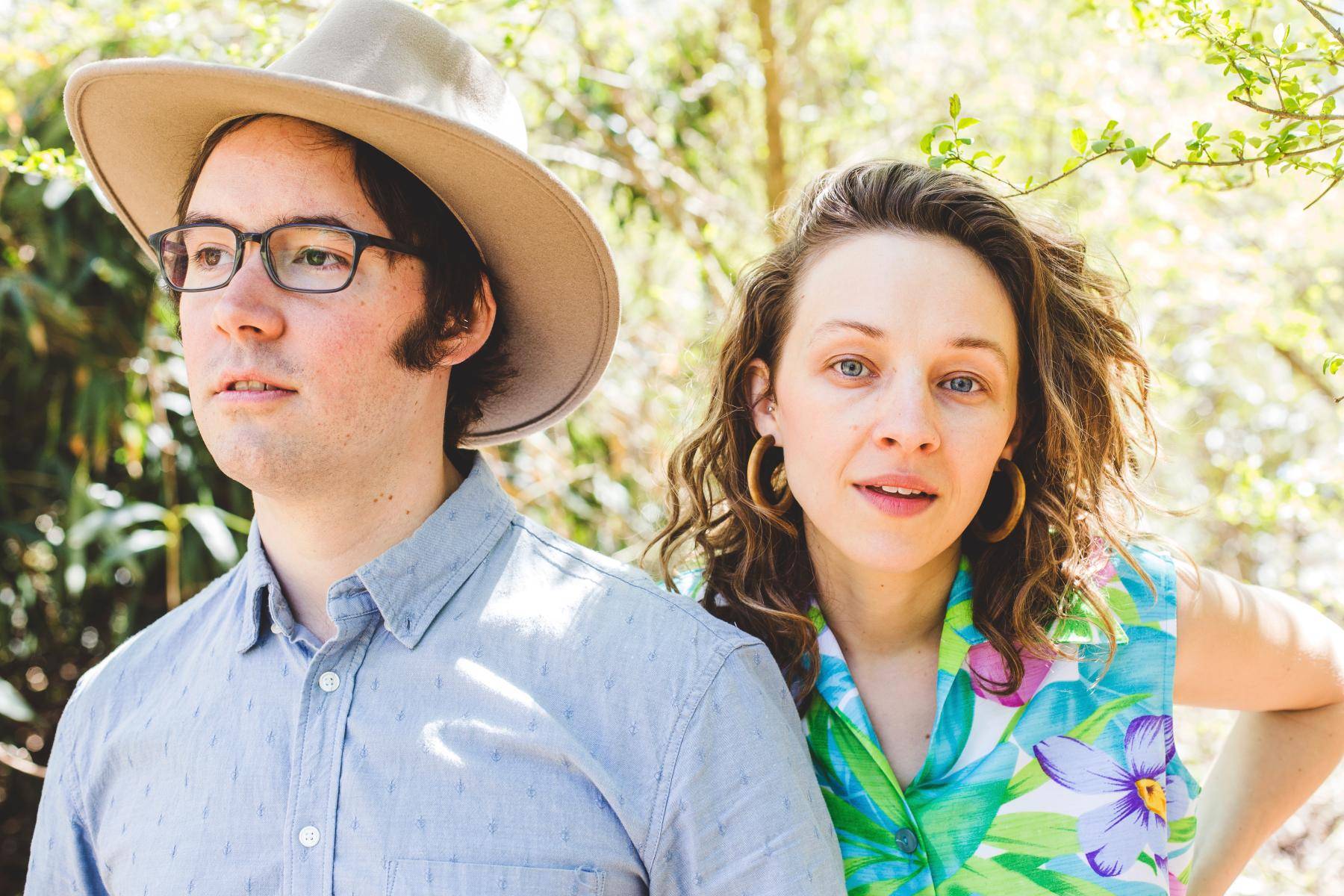 Mandolin Orange’s music radiates a mysterious warmth —their songs feel like whispered secrets, one hand cupped to your ear. The North Carolina duo have built a steady and growing fanbase with this kind of intimacy, and on Tides of A Teardrop, due out February 1, it is more potent than ever. By all accounts, it is the duo’s fullest, richest, and most personal effort. You can hear the air between them—the taut space of shared understanding, as palpable as a magnetic field, that makes their music sound like two halves of an endlessly completing thought. Singer-songwriter Andrew Marlin and multiinstrumentalist Emily Frantz have honed this lamp glow intimacy for years.

On Tides of A Teardrop, Marlin wrote the songs, as he usually does, in a sort of stream of consciousness, allowing words and phrases to pour out of him as he hunted for the chords and melodies. Then, as he went back to sharpen what he found, he found something troubling and profound. Intimations of loss have always haunted the edges of their music, their lyrics hinting at impermanence and passing of time. But Tides of A Teardrop confronts a defining loss head-on: Marlin's mother, who died of complications from surgery when he was 18.

These songs, as well as their sentiments, remain simple and quiet, like all of their music. But beneath the hushed surface, they are staggeringly straightforward. “I’ve been holding on to the grief for a long time. In some ways I associated the grief and the loss with remembering my mom. I feel like I’ve mourned long enough. I’m ready to bring forth some happier memories now, to just remember her as a living being."

For this album, Marlin and Frantz enlisted their touring band, who they also worked with on their last album Blindfaller. Having recorded all previous albums live in the studio, they approached the recording process in a different way this time. “We went and did what most people do, which we’ve never done before—we just holed up somewhere and worked the tunes out together,” Frantz says. There is a telepathy and warmth in the interplay on Tides of A Teardrop that brings a new dynamic to the foreground—that holy silence between notes, the air that charges the album with such profound intimacy. “This record is a little more cosmic, almost in a spiritual way—the space between the notes was there to suggest all those empty spaces the record touches on,” acknowledges Marlin. There are many powerful ways of acknowledging loss; sometimes the most powerful one is saying nothing at all.

Raleigh-based folk pop songwriter Kate Rhudy worked alongside collaborator and producer Andrew  Marlin of Mandolin Orange to create her 2017 debut, 'Rock N’ Roll Ain’t For Me', which earned  Rhudy kudos from WUNC and INDY Week as “one of the Triangle’s sharpest young songwriters”.

Rhudy’s raw commentary on drinking too much in college and making out with your friends, to  shedding your morning skin to make room for the softness of another human being, earned her  recognition from She Shreds, “Kate Rhudy is changing the name of country by doing things her own way.” The Strangers Almanac added, “for those tired of Americana music from the male perspective, give Kate Rhudy's debut a shot.”

With the forthcoming New Years Eve release of “Dance It Away”, a new single produced by Jack  Hallenbeck (Maggie Rogers), Rhudy will be heading west to support Mandolin Orange on their  January 2020 tour.