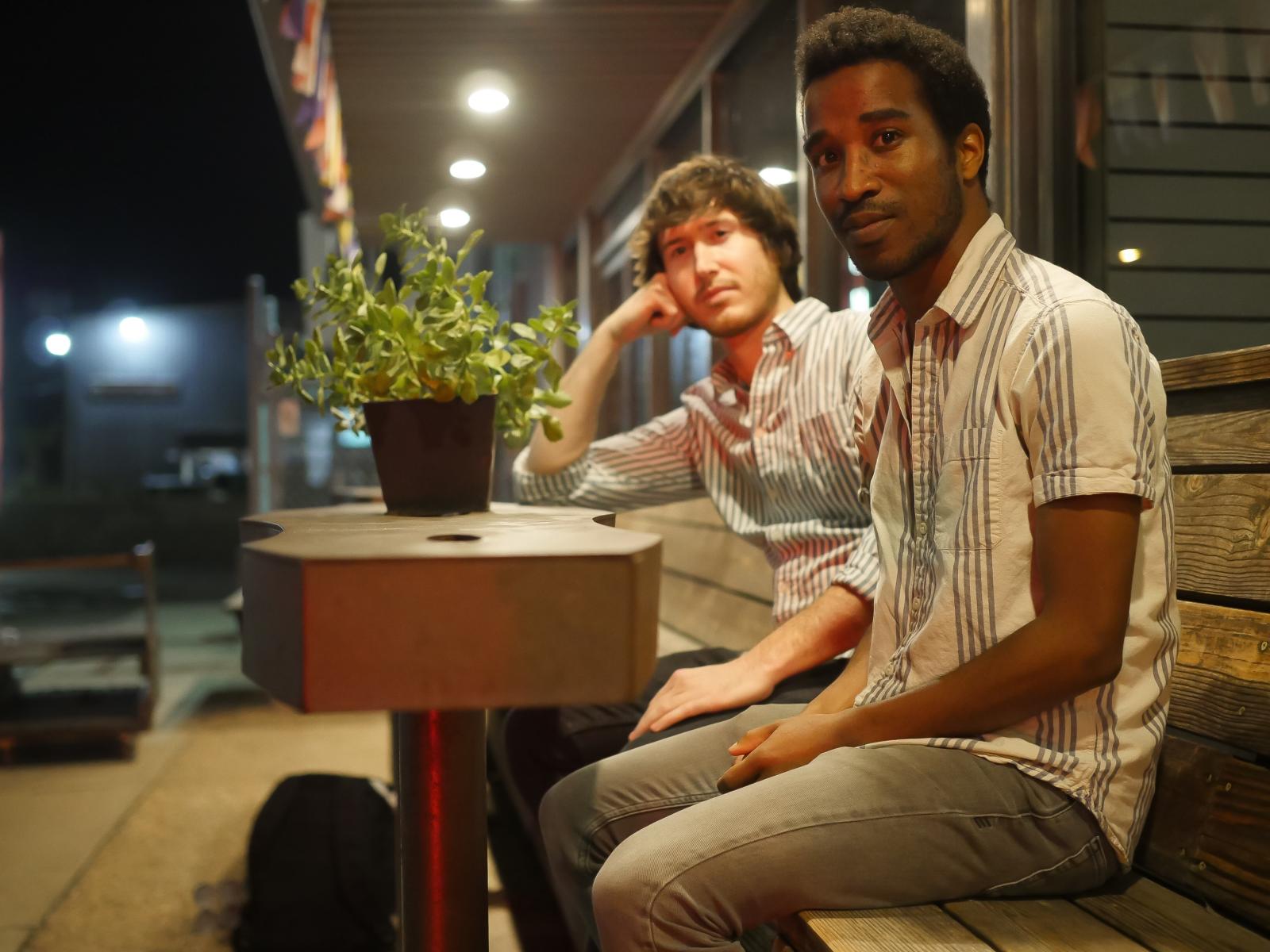 Even before Samsara had been recorded, Los Coast had already earned a reputation as one of Austin’s most exciting and inventive young bands. With its lineup rounded out by Megan Hartman on bass, Damien Llanes on drums and Natalie Wright on keys, plus a varied assortment of guest players, Los Coast was already renowned for its rousing, expansive live sets.

That same mix of energy and expertise is reflected on Samsara, which features such memorable, no-nonsense tunes as “Simplify,” “Monsters,” “Graves” and the frantic, tongue-twisting “(Everything But) The Kitchen Sink.” The album delivers infectious hooks, ironic lyrical twists and explosive funk grooves in equal measure, providing an irresistible frame for Privott’s soulful vocals and the band’s explosive grooves.

“We love pop music, but we also love to experiment,” says Courtney. “We try to avoid letting the listener know what’s coming, and we like playing with people’s expectations and catching the listener off guard. It becomes stale if it’s too familiar, so we like to come up with music that’s familiar and surprising at the same time.”

“We’re lucky to be able to explore these different sounds and different attitudes, and do a little dabbling,” adds Privott. “We started with a blank canvas, and we built a diverse color palette around the album that we wanted to create. It felt like everything was fair game, from psychedelic funk to the blues to acoustic singer-songwriter pop.”

“I think this album captures a moment in time for the band, and a moment of time in Austin too, with certain things that were in the air at the time, and certain tides turning,” Courtney offers.

Georgia-born Privott’s first love was jazz -- thanks to the influence of his uncle, noted guitarist and former Late Night with David Letterman band member Hiram Bullock -- but his musical consciousness soon came to embrace gospel and soul, thanks to his family’s Southern Baptist faith, as well as punk rock, folk and hip-hop. He began picking up various instruments in his early teens and began experimenting with recording soon after. Although Texas native Courtney focuses on lead guitar with Los Coast, he’s a versatile multi-instrumentalist whose sensibility was influenced by his extensive studies at the prestigious Berkley College of Music.

“I see us as a rock and roll band with a lot of soul influences, like Sam Cooke and Otis Redding,” Privott states. “Otis was from Georgia, Little Richard, too, and that music is in my blood. What I think makes Los Coast stand out is that we’re psychedelic. As a guitar player, John Courtney is into guys like Jerry Garcia and he’s also jazz-trained. His playing defines the band just as much as my voice does.”

Trey and John hooked up in Austin in 2015, and quickly won an audience in their adopted hometown, thanks to a long-running weekly residency at the Austin club C-Boy’s. “We had wanted to use the residency as a chance to get comfortable onstage, and to really learn to play as a group,” Trey explains. “But more and more people started showing up, which we hadn’t expected at all.”

A high-profile gig at 2016’s Austin City Limits festival helped to spread the band’s reputation beyond its hometown, as did some out-of-town touring that helped to build demand for Los Coast’s long-simmering debut album, elevating the group to official buzz-band status. The band’s memorable first indie single, “Summer Samaritan,” gave way to the indelible gospel-funk of its follow-up “Simplify,” which now serves as a key track on Samsara.

“We reworked the album multiple times because we wanted to get it right,” Courtney admits. “We were being a little perfectionist, but we finally got to the point where we felt good about it. It was a long process, but it was time well spent.”

“We built the sessions from the ground up,” adds Privott. “It was kind of a non-traditional way to make an album, to work on it for so long. We went moment by moment, instrument by instrument, and we used everything we had to work with. That seemed to work for us. Now we’re looking forward to sharing it with the world.”