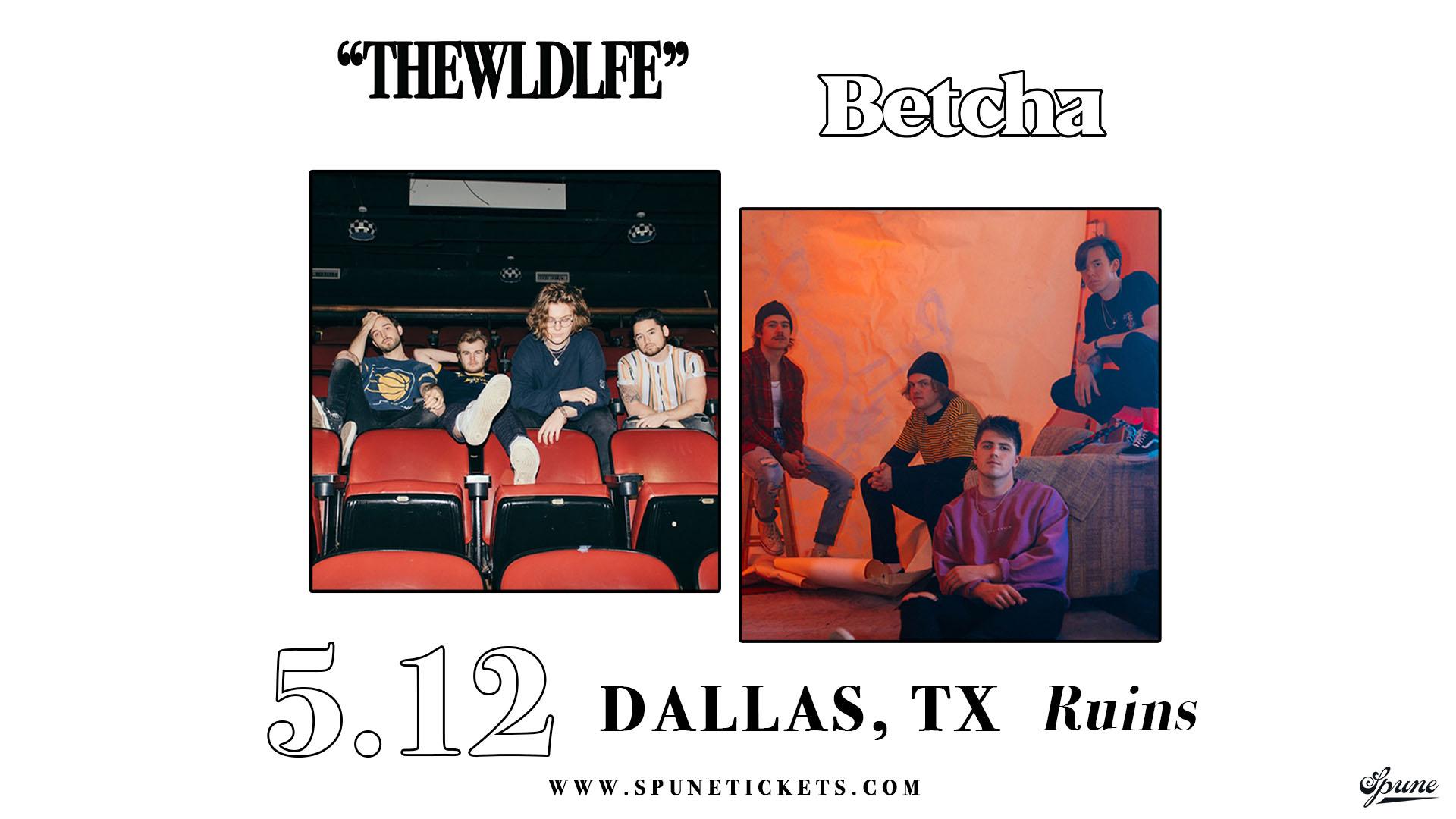 Due to circumstances out of our control, The Wldlfe + Betcha at Ruins on May 12 has been postponed until further notice. We are currently working to reschedule the show. We hope to have information regarding a new date as soon as possible. Thank you.

THE WLDLFE is an indie-pop band from Anderson, IN formed in 2015 by frontman, Jansen Hogan, and few of his college friends – Jason Boucouras, Jack Crane, Geoff Jones – later joined by his younger brother Carson Hogan. The band’s first two releases, “New” and “ILY”, were a grassroots success receiving positive reviews from indie publications, receiving airplay on over 90 college radio stations, and even receiving tweets from Hollywood A-Listers Abigail Breslin and Chloe Grace Moretz.

The band’s first full length album “I’m Not Worried Anymore” was released at the end of 2018 whose music received great write-ups in Billboard Magazine, Live Nation’s Ones to Watch, Earmilk and many others with its lead single “I Don’t Mind” being featured in Spotify’s coveted New Music Friday. Live Nation said “THE WLDLFE has an alt-indie sound packed full of striking lyrics and decadent instrumentation. The vocals of frontman Jansen Hogan are effortless in themselves, but the electropop effects used on his voice make them pure nectar to the ear.”

Having opened for Halsey, COIN, and VHS Collection, and now with over 12M cumulative steams, THE WLDLFE is poised for 2019 to be their breakout year.

As freshmen in 2015, Charlie and Ben started jamming together, writing songs, and filming acoustic videos. Both avowed Kings of Leon fans, the boys cold-emailed one of those D.I.Y. videos to GRAMMY® Award-winning producer Jacquire King [Kaleo, James Bay]. Impressed even at this early stage, Jacquire encouraged them to “keep going, get a band together, and send more music.” Throughout the summer of 2016, Charlie and Ben welcomed Taylor—who transitioned from guitar to bass in order to join—and Chase. Soon, the guys found themselves in the studio cutting demos with Jacquire behind the board. Building a profile, a deal with Atlantic Records followed a standout 2017 gig at The End in Nashville

Their 2019 debut EP Falling was released to critical acclaim with praises from American Songwriter, Baeble, Ones to Watch, and LADYGUNN, and received significant Spotify playlist support including: Rockin’ Vibes, It’s ALT Good, The New Alt, License To Chill, and California Rock State.

They went on to attract a growing fan base by cutting their teeth on national tours alongside Kaleo, NEEDTOBREATHE, Judah & the Lion, Mat Maeson and more. Writing out of a basement work studio, hanging out constantly, and even attending the same gym, the musicians pushed each other creatively.