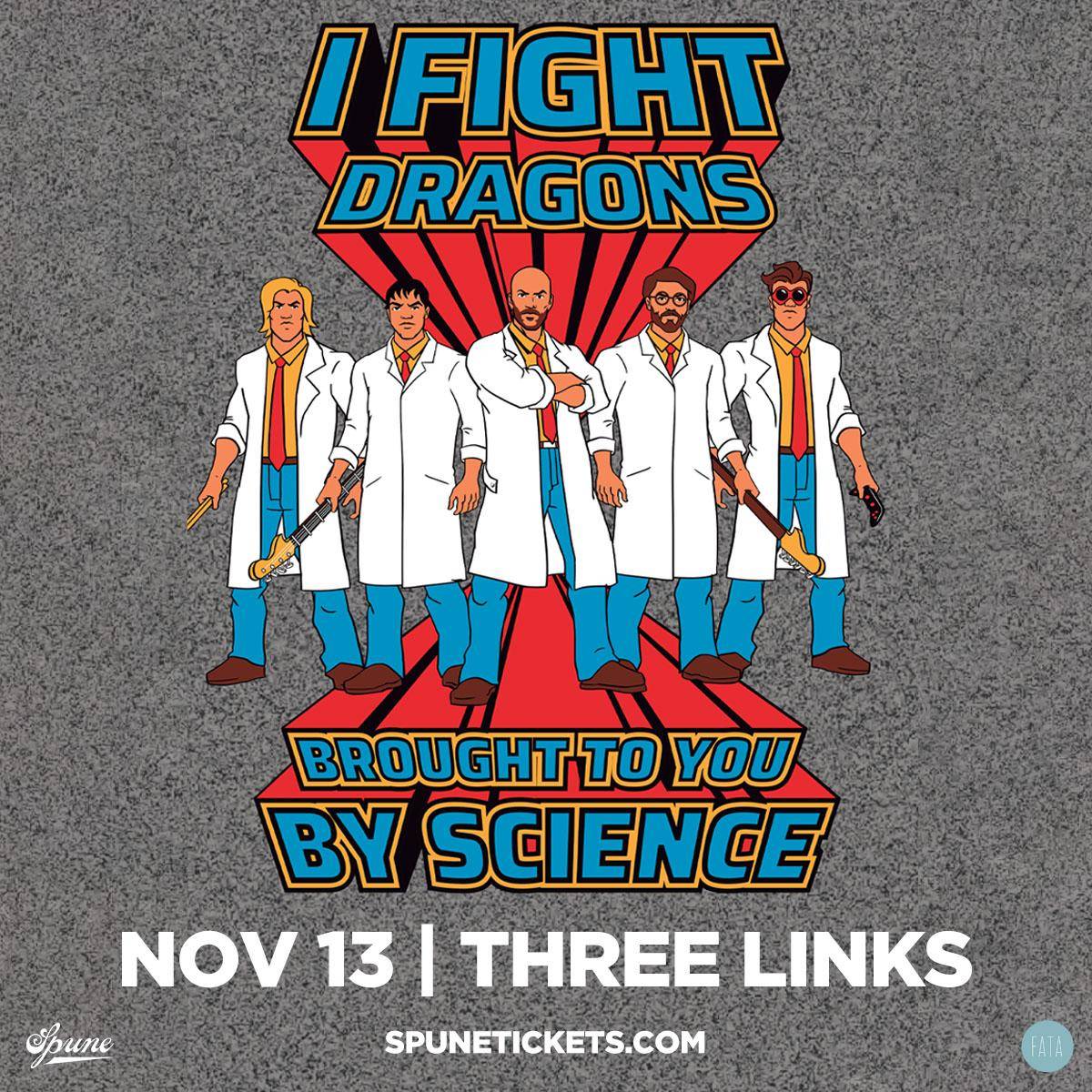 I Fight Dragons at Three Links on Saturday, November 13

I Fight Dragons is a rock band from Chicago. Their music is a combination of pop/rock with
chiptune, featuring electronic sounds made using Nintendo Game Boys and Nintendo
Entertainment Systems.
To date they have released three full-length albums: 2011's KABOOM!, which came out on
Photo Finish / Atlantic Records, 2014's The Near Future, which they self-released after raising
over $100,000 on Kickstarter through their "Project Atma" project, and 2019's Canon Eyes.
They have also released two EPs, 2009's Cool Is Just A Number and 2010's Welcome To The
Breakdown.
Their music has been featured on Nintendo Video as well as on the WWE, and they wrote and
performed the theme song for ABC's The Goldbergs: Rewind ("The Goldbergs" Main Title
Theme). From 2010 until 2012 they were signed to Photo Finish / Atlantic Records, but in fall
2012 they won their release from the label. They have toured the USA with mc chris and Whole
Wheat Bread in 2009, 3OH!3, Cobra Starship, and Travie McCoy in 2010, The Protomen in
2011, and they were on the entire 2012 and 2014 Vans Warped Tours. Since then, they have
toured sporadically as well as headlining annual holiday shows in Chicago. For tour dates,
merchandise, email list, and more visit www.ifightdragons.com