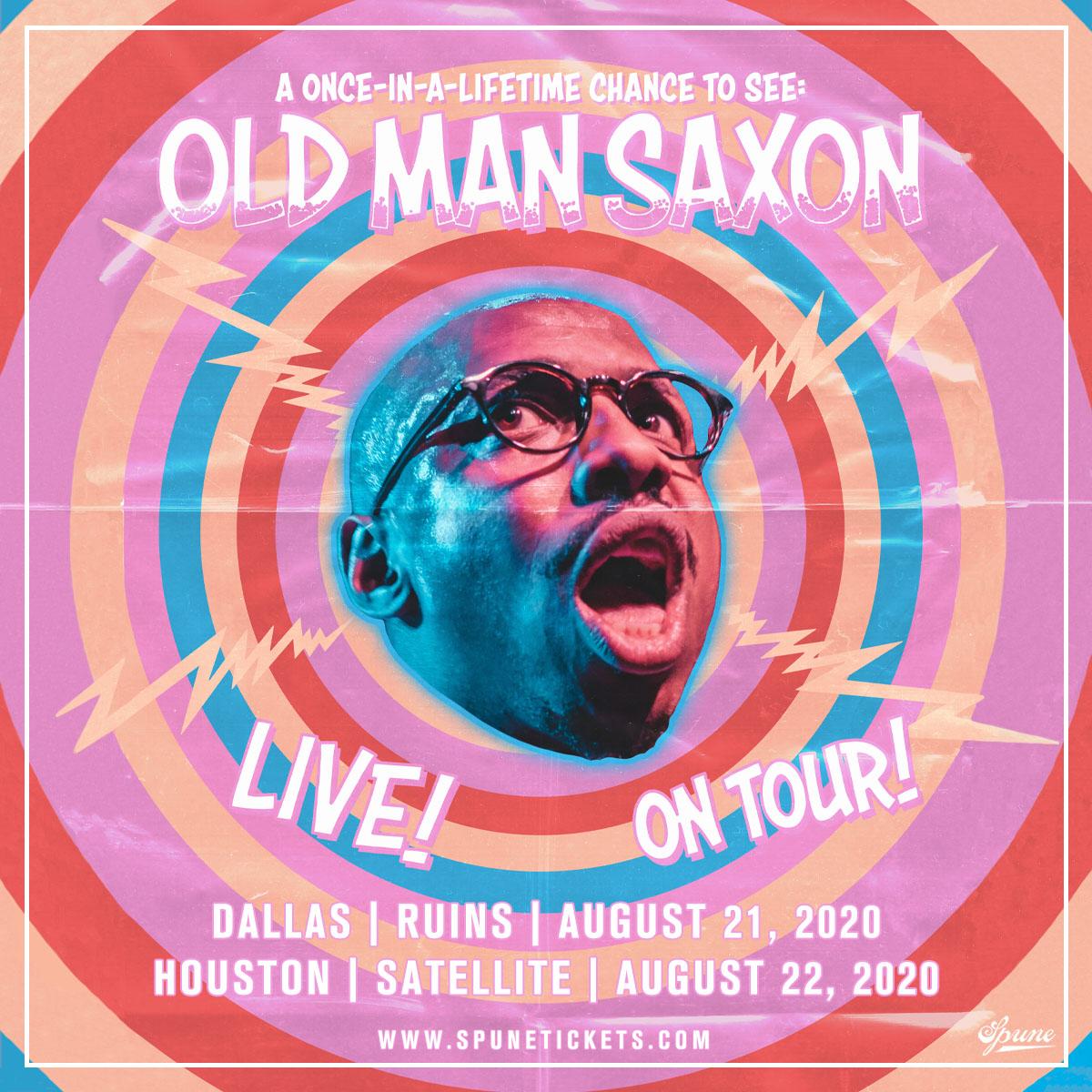 OLD MAN SAXON'S MAY 2nd SHOW HAS BEEN RESCHEDULED FOR AUGUST 22nd. ALL TICKETS FOR MAY 2nd WILL BE HONORED FOR THE RESCHEDULED DATE. TICKETS WILL BE REISSUED AT POINT OF PURCHASE.