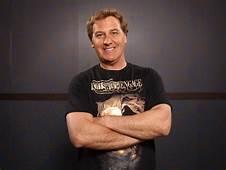 Jim Florentine was the co-host of VH1 Classic's hit heavy metal talk show series, That Metal Show. The program is a round-table talk show where legends of rock hang out and discuss their past and current projects in front of a live studio audience. Rolling Stone Magazine dubbed That Metal Show one of the 50 Best Reasons to watch TV. He is also best known as the voice of Special Ed from Comedy Central's Crank Yankers and as the guy who spends his days turning the tables on Telemarketers. He just released a book called Everyone is Awful Except you and has a CD called "Awful Jokes from my First Comedy Notebook". His live comedy CD/DVD on Metal Blade Records called "Cringe 'n' Purge" debuted at #5 on the Comedy Billboard Charts.