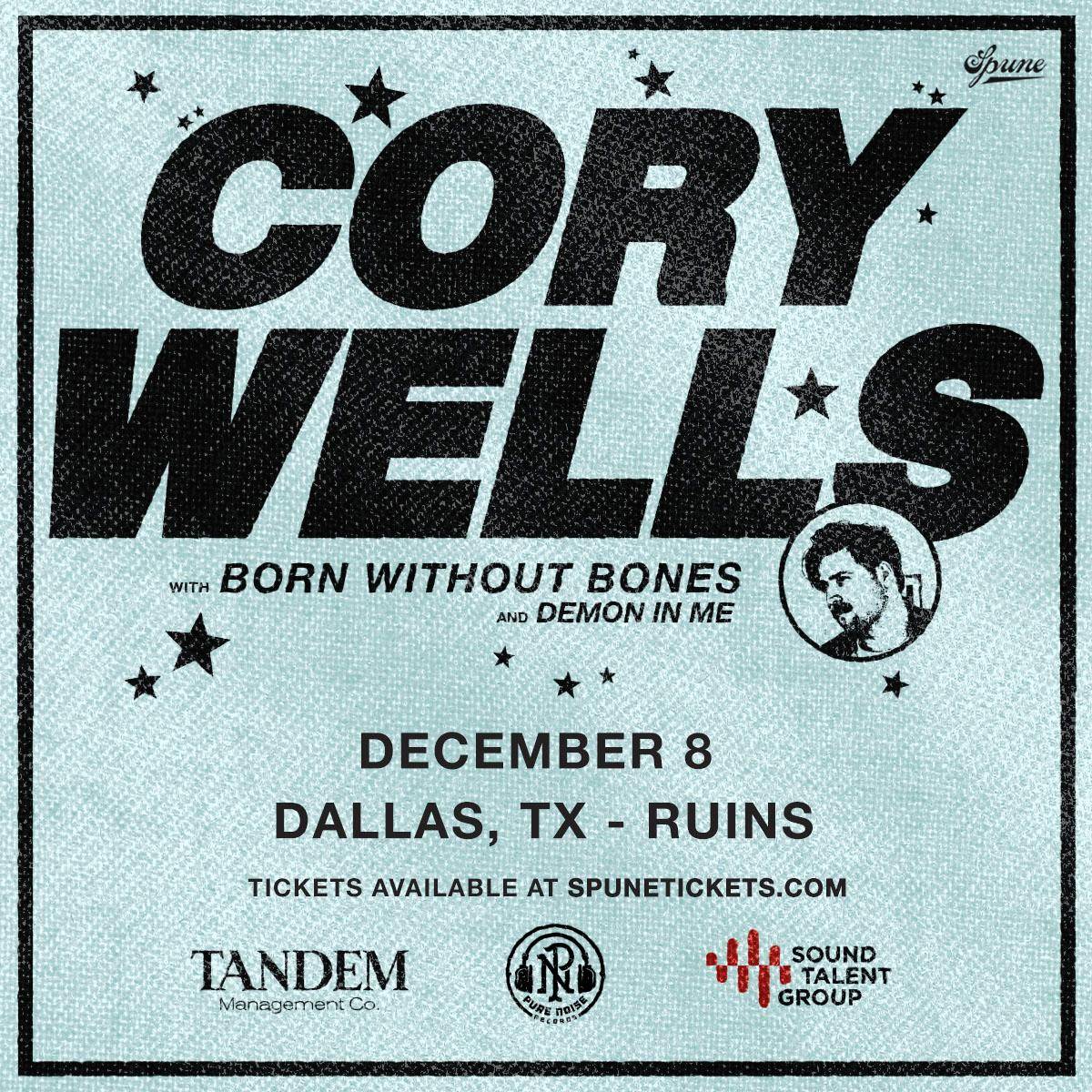 The cover of Wells’ debut album, THE WAY WE ARE, features the Los Angeles-based singer/songwriter perched atop a rusted-out vintage car, calling to mind dusty folk music. Songs like the set-opening “Distant” and “Keiko,” imbued by seemingly effortless musicianship and wistful nostalgia, go a long way toward reinforcing this sonic predilection.

But there’s more to Wells than what you’ll find on the surface. The songwriter grew up playing metal before discovering Dashboard Confessional’s seminal MTV Unplugged 2.0 live album, a record that set him on a hard left turn to creating a more well-worn, earnest style. Even so, he injects the desperation and power of his heavy music background into every note of THE WAY WE ARE (due out November 15, 2019 via Pure Noise Records) – not necessarily in sound, but in spirit.

Across the album’s 12 songs, Wells plays the role of shapeshifter: Just when you’ve got him figured out, he unleashes new musical elements – a ferocious scream (“Walk Away”) that eventually gives way to soaring falsetto (“Cement”), stirring acoustic guitar that crescendos into fiery full-band fare. The ghosts of new-era emo torchbearers (including Dashboard’s Chris Carrabba, a contributor on “Fall Apart”) are alive and well in his lush beds of acoustic-based rock, but Wells isn’t actively summoning them. Rather, he’s a decidedly patient songwriter, waiting for the right time to pair a searing lyric with the throat-shredding vocal performance it demands.

First single “Wildfire” encompasses everything that makes THE WAY WE ARE such a multifaceted collection: sheen-heavy production, urgent rhythms and aching melodies juxtaposed against bright acoustic guitar – and, naturally, a biting narrative.

“I didn’t realize what it was like to really hate anyone until a certain person came into my life and tried to ruin everything I loved,” Wells explains about the song. “Everyone tried to warn me, but I had to learn the lesson for myself.”

Wells launched his solo project in 2017 with his first release for Pure Noise, the How to Tear Apart the Ones You Love EP, and follow-up single “End of a Good Thing” quickly became a viral hit in 2018, racking up millions of YouTube views and Spotify streams and introducing fans around the world to Wells’ storytelling.

As he expands his songbook with THE WAY WE ARE, Wells continues to push the guardrails of his writing, both inwardly and outwardly. Take album standout “Broken,” a relationship-ending salvo rife with dynamic and emotional ebbs and flows. To hear Wells explain how the song mirrors its inspiration is to see the true mastery of his songwriting at work:

“It was the first time I’d ever been the one to break up with somebody,” he says. “I remember walking down the stairs of her apartment complex to go back home, and I was so upset at the top of the stairs. By the time I got to the bottom, I didn’t even care anymore. The song represents that emotional roller coaster: It starts out big, and when it’s done, it ends really soft, like ‘I’m over it.’”

At this point in his still-young career as a solo artist, Wells is in an enviable position: As a true student of music in all its styles and forms (“Every genre has its place, and I appreciate something from all of it”), he’s a songwriter without limits. He’s already masterfully distilled the songs of his youth – the emotional ferocity of metal, the heart-on-sleeve confessionalism of emo and salt-of-the-earth universality of folk – into the music of his present, and looking forward, there seems to be no telling how Wells’ music will evolve from here.

You get the sense the singer prefers it that way. As it stands, he’s having too much fun keeping listeners – and even himself – anticipating what will come next.

“I could write a ton of different styles of songs, but as long as I sing them like I mean it, the songs will resonate,” he says. “I played metal because I liked it. I play this music because I love it.”