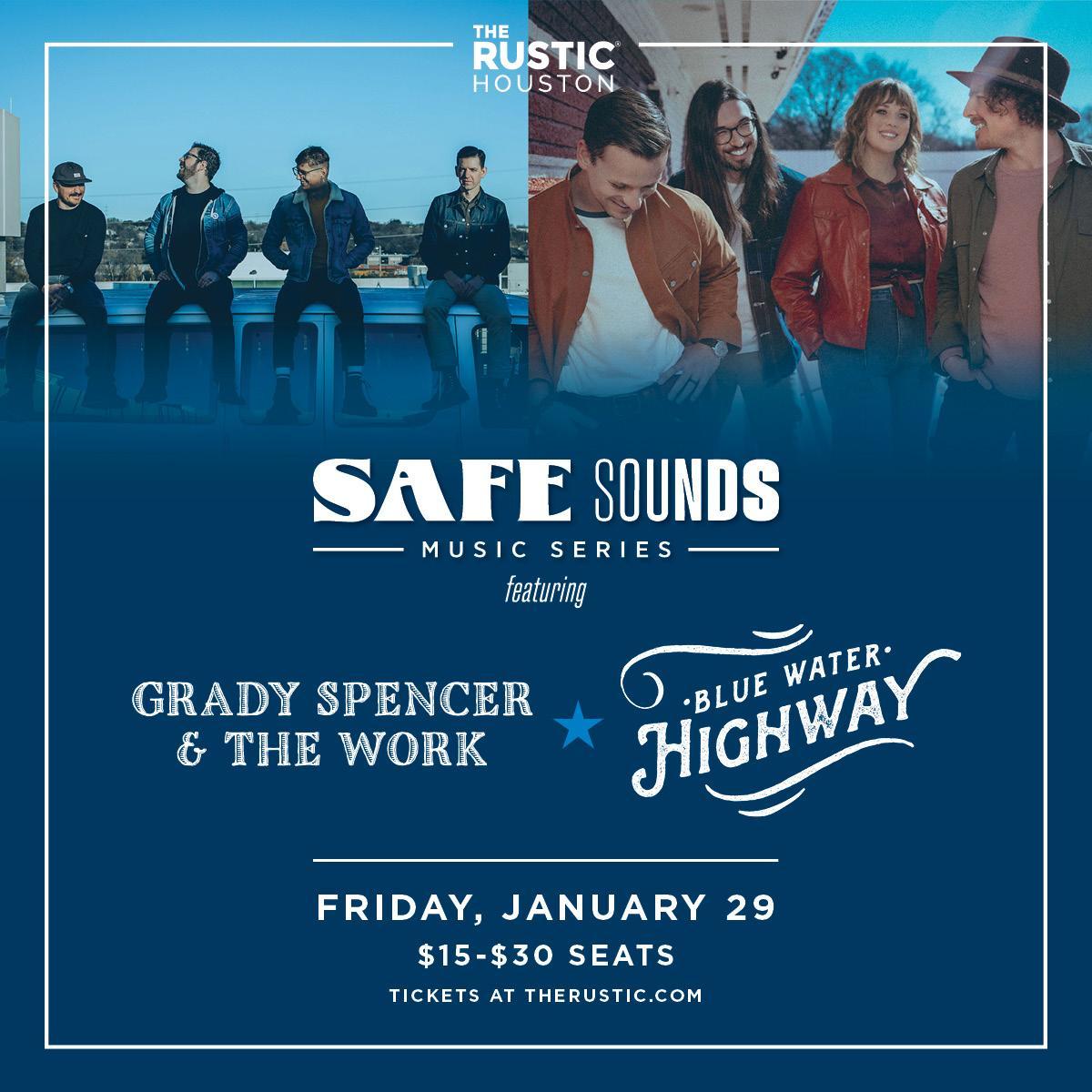 Join us for Grady Spencer & The Work + Blue Water Highway live at The Rustic Houston, a part of our Safe Sounds Music Series!