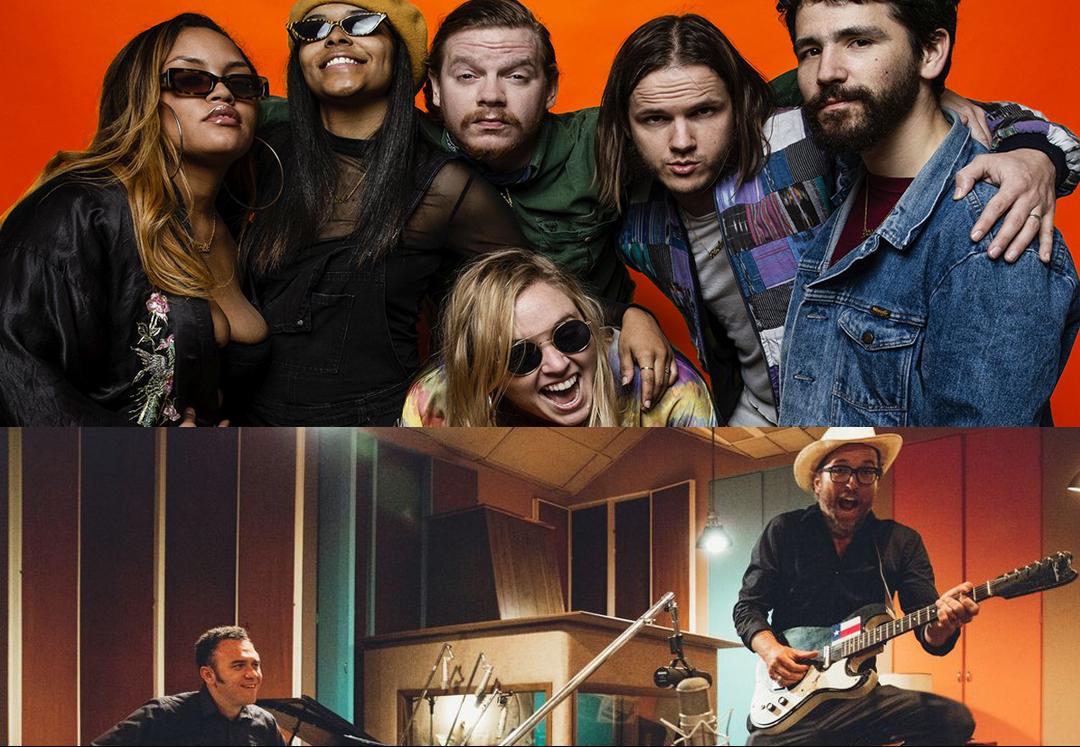 With fewer reasons to celebrate, soul-singer Kelsey Wilson (Wild Child, Glorietta) ditched the party vibe she planned for her maiden, solo debut in favor of a more aptly titled record for troubled times.

But make no mistake, the Wild Child co-founder has stepped into the spotlight alone with this collection of love songs she wrote for herself as the perpetual party of touring life started to spin out of control.

“This EP is me finding what makes me feel good and falling in love with myself. A mix of everything that makes my body move — pop, soul, gospel, funk, folk, and R&B. It feels so right to make a record that has my actual heart in it,” Wilson said. “These songs are the part of me that wants to help people fall in love with themselves through music. I can’t wait for everyone to hear it."

Consider that evidence Wilson is “moving effortlessly into a brave new R&B-infused, gospel-flecked world where her golden pipes ease you back into a fluffy pillow of serenity and bliss,” NPR critic Gini Moscorro proclaimed.

In some ways, the EP’s title track, “Bitch,” set for an Oct. 1 release, took on new meaning after the world shut down.

When Wilson belts, “You’ve been a bitch, baby,” it’s as if a year at the crossroads of coronavirus crisis and national civil unrest is the unintended target of the soul-singer’s angsty honesty.

Sir Woman will celebrate the EP’s release with an Oct. 23rd live-stream performance from Austin.

Greyhounds are the Austin trio of Anthony Farrell (vocals, keyboards), Andrew Trube (vocals and guitar) and Ed Miles (drums). Many music fans remember Farrell and Trube as key members of JJ Grey's band MOFRO for many years. After parting with Grey in 2016 to focus full-time on Greyhounds, the band has only left the road to record and release two full-length records.’

In 2016, while recording at Sun Studios for the PBS series "Sun Studio Sessions", Greyhounds met Memphis native and acclaimed engineer, Matt Ross-Spang. Soon afterwards, Matt moved his operation to the newly refurbished Sam Phillips Recording studio. Greyhounds were familiar with the studio, and its deep history, and had always wanted to record there. It is the type of space that transports you to another era; the perfect place to make the type of record Greyhounds were interested in making: a less produced, and more spontaneous style of recording, all straight to tape like many of the classic music that was made there in its heyday. And Ross-Spang, is the perfect engineer, steeped as he is in the old school style of making records.

Pulling from 17 years of songwriting, Trube and Farrell had plenty of material to choose from. "It was a chance to look back at some of our favorite tunes that we had never recorded" says Trube. Because there were only 3 days in which to record and mix the record, Greyhounds knew they would have to be ready to perform these songs seamlessly, just like they would at a live show. "When recording to tape you have to make commitments. It is a lesson in letting go and not getting hung up on things. Its liberating."
​
13 songs were recorded and mixed over the course of those three days. There were special guest appearances from some of their good Tennessee friends Dante Schwebel, Will Sexton, Amy LaVere, and Art Edmaiston. "When you are going at that pace, you don't get a lot of time to second guess yourself. You learn to trust your instincts and be more present in the moment." says Farrell of the breakneck pace of recording.

​Cheyenne Valley Drive is a product of a band at the height of their game, making music in a studio that has been virtually untouched by time, recording in the style that many of their musical heroes used. Basically a dream come true. A dream they want to share with you.