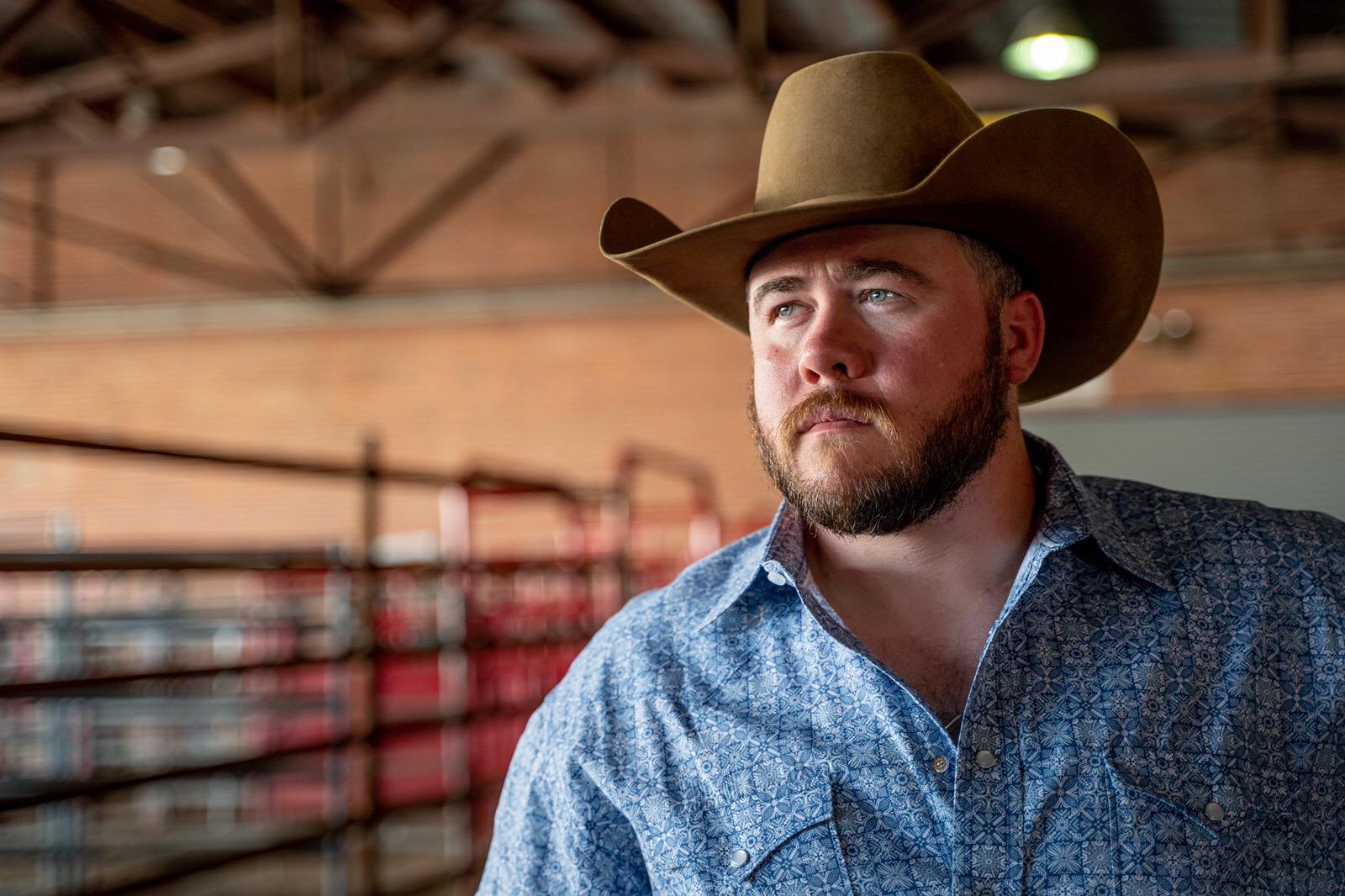 “All grit and no quit.” These are the deeply rooted words that Josh Ward lives by to an absolute fault.

An anchored mindset that has led this Texas country music rising star from a drifter’s adolescence to the jeopardous game of the rodeo circuit to the punishing toil of the Texas oil fields, and on into the fickle arms of the music business. Some might argue whether it is having nine consecutive #1 hit singles in Texas under his belt that has garnered him staying power, or that he is killing it in the social media world with over 2 million views on YouTube and over 6 million streams globally on Spotify. Maybe it’s his 3 venerated album releases, or maybe because he can not only bat a full house on a 200 plus dates a year touring average, but also rope in crowds on a first time performance in an unfamiliar town. While impressive, all those distinctions can come and go in the world of music. The reason for his staying power turns out to be quite a simple one. And that is because Josh Ward is country music blood to bone, and both Josh Ward and country music are simply not going to go away.

Josh spent 2017 heavily touring off the strength of his previous album “Holding Me Together.” All six radio singles hit the #1 spot on the Texas Regional Radio Chart and Ward quickly found himself going from opening act to the headlining spot in a matter of months. But in the midst of his growing popularity, he gladly bent the knee to fellow country music artist and comrade Cody Johnson who introduced Ward to his West Coast audiences. Getting the chance to be endorsed by Cody Johnson and perform at sold out shows in brand new markets is the kind of opportunity music artists chomp at the bit to have. When Ward and his band returned to those areas a few months later all by their lonesome, he simply could not have guessed at the reception he would encounter. “When we went back to the West Coast by ourselves, it was sold out shows. I was literally blown away.” It was at that very point while far away from his familiar stomping grounds in Texas with new fans slapping him on the back that Ward knew beyond a shadow of a doubt that his music was catching on in a big way.

The culmination of his radio success and his victories out on the road can easily be attributed to the actual man behind the music. In life, sometimes a person gets dealt a lean hand and has to choose his family from strangers along the way, people who make a conscious choice to take you under their wing and help guide you through life. Ward considers himself a very lucky man despite some rough teenage years. The love and support of his extended family and his chosen family was the concrete foundation he built his life on, and his fans are a big part of that. It’s why they are drawn to him through the speakers, because he is what he sings. It’s why they are drawn to him from the stage, because he’s an old friend who’s come back to visit. He’s the animated truth of all he stands for, a self-made family man who always has a welcome smile and an open spot in the family. To his loyal fans he feels he owes everything. “Words can’t describe the emotion that gets put into these runs and the work that we do. And these people pay their hard earned money to see it every night. Thank you. Every time I step on stage, you guys remind me that I have more than I deserve.” And so his brand new album, so aptly named, is Ward’s dedication to his growing family.

“More Than I Deserve” marks Ward’s fourth full length album release and it will greet the fans on May 4, 2018. With the philosophy of “don’t fix what isn’t broken,” Ward went right back into the Rosewood studios where he recorded all his previous releases and joined producer Greg Hunt once again behind the board to create the next dimension of Josh Ward country music. The new album is 11 tracks strong featuring the signature instrumentation from guys like John Carroll (Cory Morrow) on guitar, Nate Coon (Aaron Watson) on drums, Milo Deering (The Eagles) on acoustic guitar, steel, dobro, fiddle, viola and mandolin, and Terry McBride (McBride and The Ride) on backing vocals and also writer of three of the tracks. The album is classic Josh Ward style on every front with just a little more gusto and a little more miles on it. Full bodied and emotionally fragrant, every song jumps out kicking up the kind of country music nostalgia Ward is revered for. The first single “All About Lovin’” (written by Brice Long, Terry McBride and Chris Stapleton) tells you everything you need to know about this album, a sexy tonkafied driver of a song that guarantees you’ll be lacing up your dancing shoes by the time you hit the chorus. “Home Away From Home” is country piled on top of more country, and is, as the song says, “a two steppin’ juke box heaven.” While Ward has never been afraid to sing other people’s songs due to his belief that a good song simply needs to be heard, his own savvy for the art just so happens to be represented on three of the most powerful tracks. “A Cowboy Can” is the true grit of this album and is what Ward says best describes himself. “One More Shot Of Whiskey” is a sobering tale told with 90 proof conviction, and then there is “More Than I Deserved” ringing out with its vulnerable steel and head hanging resolve. “More Than I Deserve” is country music addiction in its purest form. Josh Ward did not reinvent the wheel here, but damn, it’s polished surface sure rides smooth.

Josh and his band will be seeing a lot more of the country this year hitting a lot of new places on his never ending tour. It’s still hard for him to believe he has come this far and he doesn’t take one mile of it for granted. “I never thought I would be rolling down the road with one of the hottest bands in Texas playing shows across the United States. I’m happy to be here.”