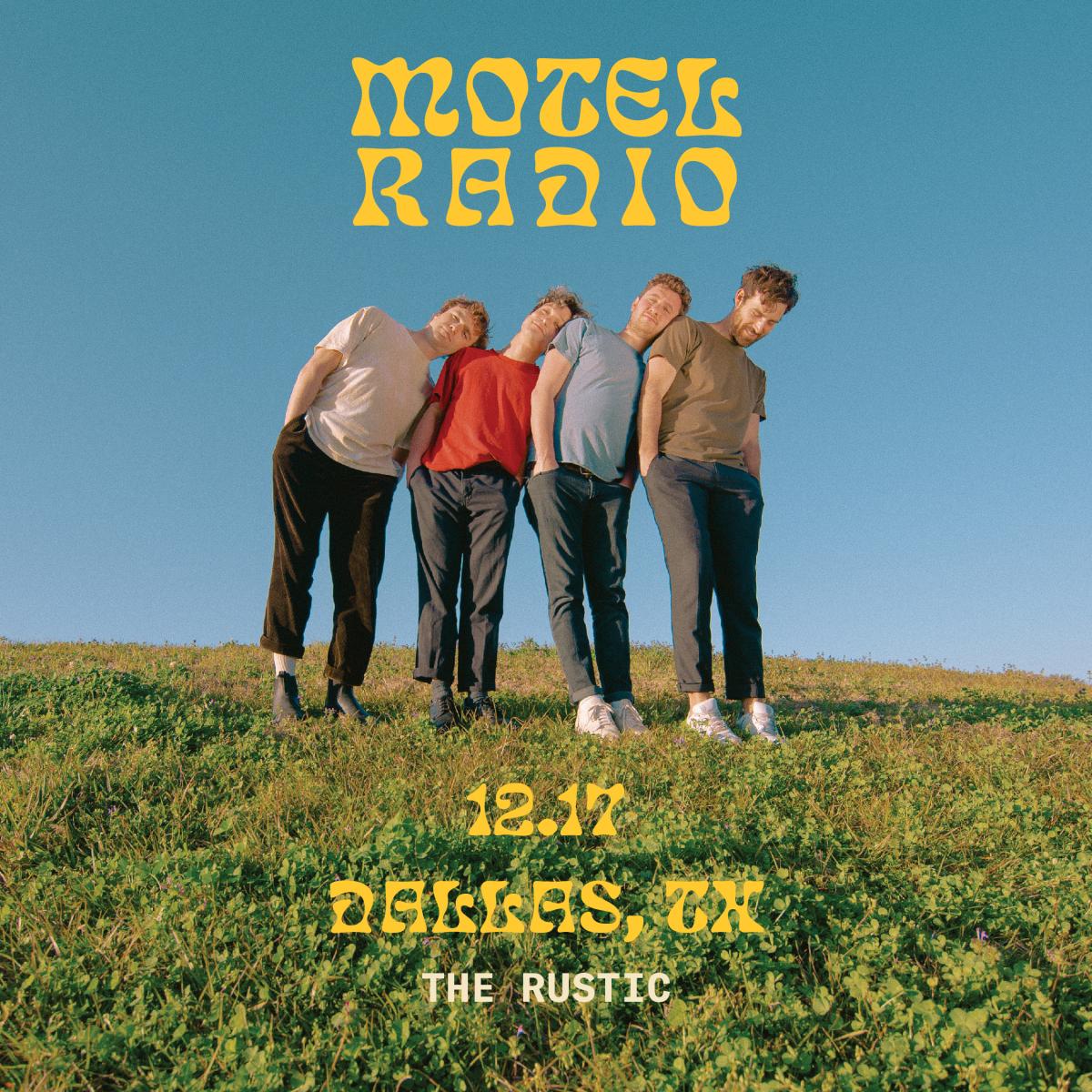 Join us for an evening with Motel Radio at The Rustic - Dallas!

Harmony is king in Motel Radio. The four piece, dual front man indie band from New Orleans builds silky, melodic guitar waves for their stacked vocals to surf across. Breezy yet intentional, pop-minded yet psychedelic; their tunes are as likely to stick with young songwriters as they are veteran deadheads.

The group wrote and recorded their debut full-length Siesta Del Sol with producer, engineer, and neighbor Eric Heigle. They split time between Heigle’s studio and their own home studio a block away to produce the dynamic 10 song LP, released in July of 2019. The album title “Siesta Del Sol “ was derived from a jukebox song the band heard at a bar in Marfa, TX during their first tour of the west coast. It was a nostalgic and defining moment for the group: four musicians who had started as college roommates simultaneously felt a cosmic emotion and awareness of what they’d been building together. They realized they were chasing something bigger than themselves as they continued their journey west. Since their last release (Desert Surf Films EP 2016), the band has played festivals across the U.S. (New Orleans Jazz Fest, Firefly Festival, Voodoo, and SXSW to name a few), and opened for artists like Kurt Vile, Moon Taxi, Drive By Truckers, Dylan LeBlanc and Summer Salt.

Motel Radio is currently completing their sophomore LP that will debut a reinvented sound for the band. This project blooms from the culmination of a year in lockdown, half of the band dispersing to new cities, and the subsequent learning curve of self-recording. While writing, recording, and producing the new album, the harmony-heavy quartet explored vintage drum machines, synthesizers, and vocal effects, but left room for more intimate moments reminiscent of the band's earlier songwriting days. A reflected love for modern production and pop sensibilities welcomes Motel Radio to it's next evolutionary stage. The new record, titled The Garden, is set to be released in early 2022.