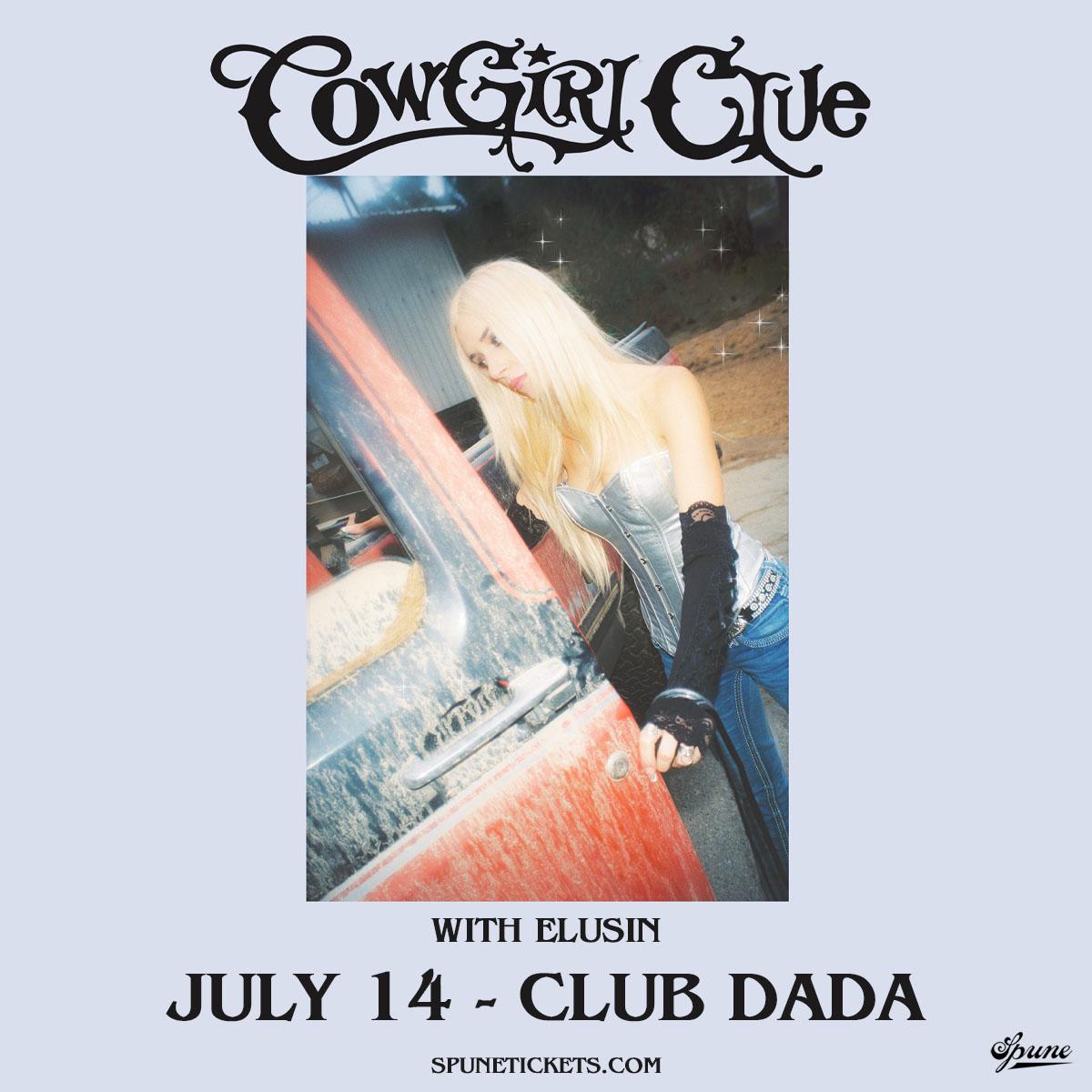 Born and raised in the heart of the Lonestar State, Cowgirl Clue is an artist and producer best known for her eclectic electronic pop music and esoterically-trendsetting visuals. Taking influence from her experience as an underground DJ; mixing Drum and Bass, jungle, footwork, pop, and techno as early as age seventeen, she started to develop her diverse sound in 2015. Cowgirl Clue’s earliest release, “Cherry Jubilee” showcases her creative soar of drum and bass meets sugary vocals. Cowgirl Clue’s live performances leave the audience spellbound to the charm of Cowgirl Clue, as she flips the room with edgy bass lines and a fairy-like, catapulting performance. Cowgirl Clue is a longtime asset and contributor to California based collective, Vada Vada. She ignites her ability to innovate rave/pop genres and articulate suburban-fantasy-nostalgia in a present fashion.

Her recent release, “Teacup”, a one-minute-and-thirty-eight second, breakbeat pop track, lassos her connection between satire and optimism, illustrated with a bold music video that coins her true artistic nature. In 2019, she broke out with her debut album, ‘Icebreaker’, which best captivated the spirit and birth of Cowgirl Clue. Written and produced by Clue, herself, ‘Icebreaker’ soon became an anthem to the Y2K revival generation, as her bubbly sound captured a niche, stylish audience. Cowgirl Clue has shared the stage with acts such as Dorian Electra, Kero Kero Bonito, The Garden, and Crystal Castles and more.