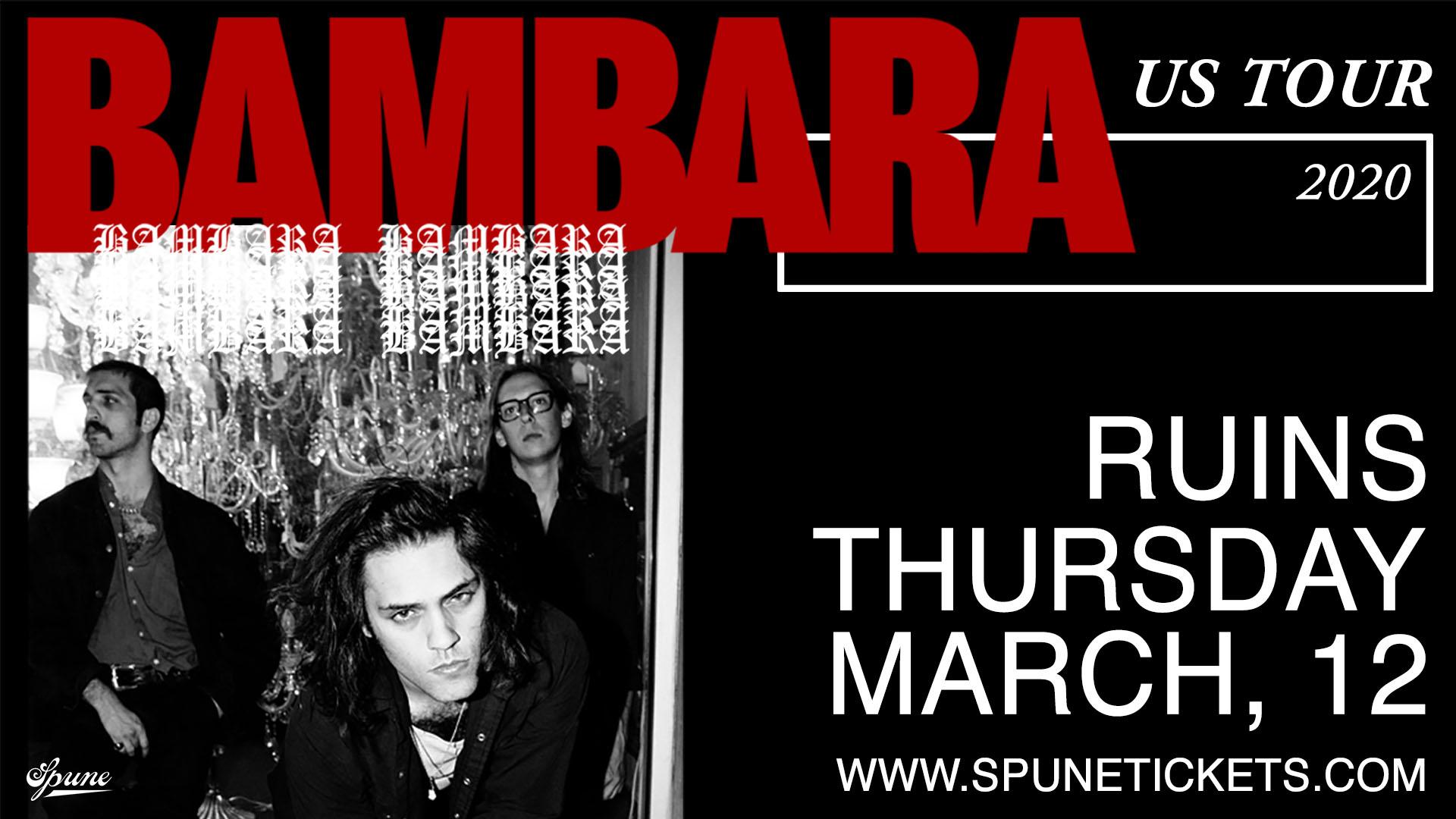 Bambara | RUINS
Bambara's post-punk has always had a sleek sort of menace to it, a taut rhythm section wrapped in psychedelic noise. It's mesmerizing to listen to, and seeing the band live is an experience wrought from sharp curves and frontman Reid Bateh's rapturous baritone.
NPR

There's no end to the malevolence, from early Swans' back-basement seething to the dark triumphalism of stadium-goth, but-- Georgia boys that [they] are-- there's a thick streak of black-of-night country swirling around in the tempest, too.
Pitchfork

Shadow On Everything is one of the year’s most gripping listens.
Bandcamp

Bambara hail from Athens, Georgia, famously home to REM and The B-52’s, but what they do is far noisier, angrier, scarier. They sound like a band always on the lookout for something bigger
The Quietus
Founded in Athens, Georgia by twin brothers Reid and Blaze Bateh, and bassist William Brookshire, Bambara have been steadily attracting attention since the release of their 2013 debut. Earning praise from places like Pitchfork, NPR, VICE, Bandcamp, Spin, DIY, BrooklynVegan and The Quietus, and touring non-stop in the US and Europe with like-minded artists like IDLES, METZ, Girl Band and Daughters, the band released their most celebrated album to date in 2018 with Shadow On Everything, a release that NPR dubbed a "mesmerizing western, gothic opus." Today, Bambara are announcing their follow up Stray (due out via Wharf Cat on February 14th, 2020), with the premiere of the album's first single "Serafina" on the FADER.
WATCH: to Bambara's "Serafina" lyric video on
The FADER // YouTube
All Ages