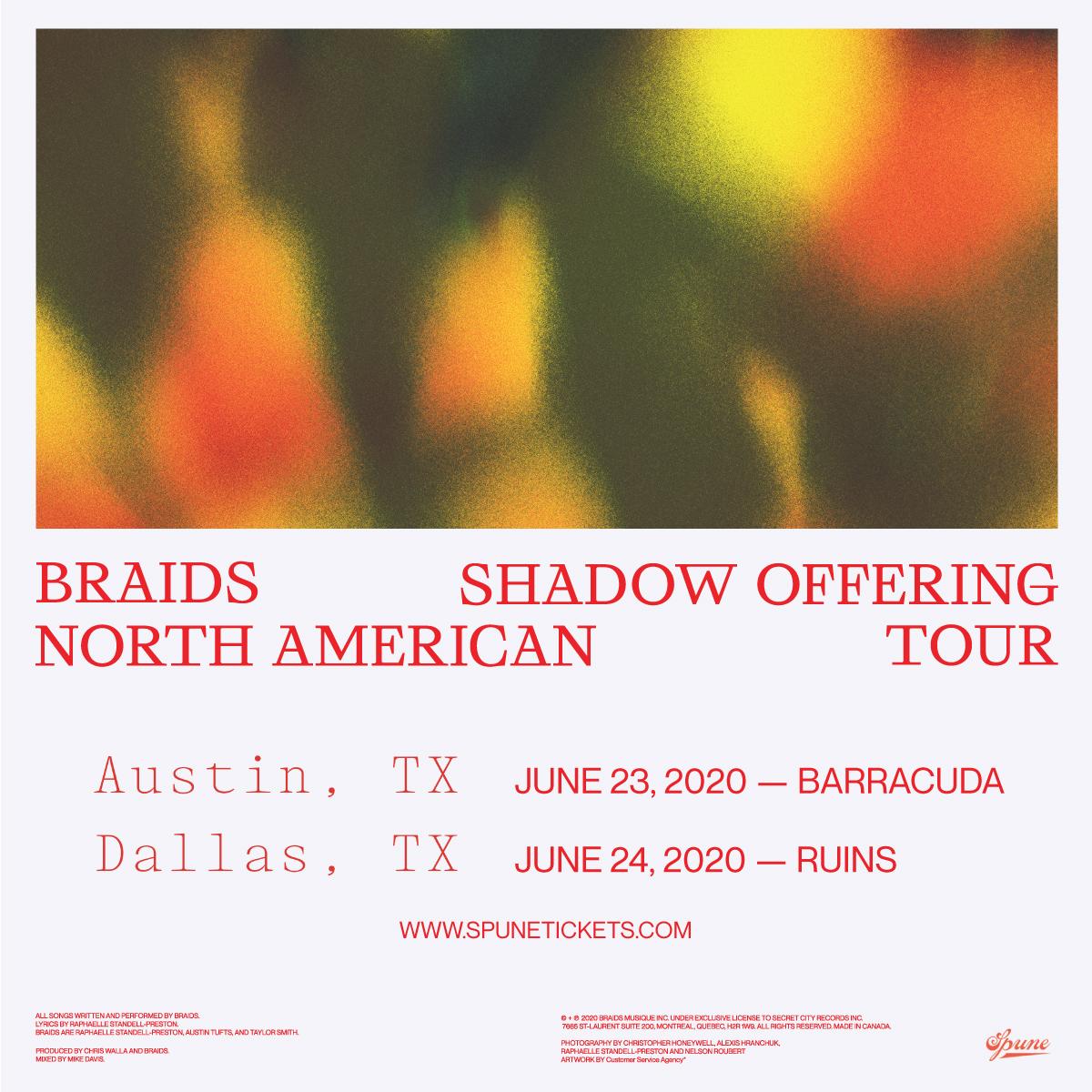 Due to circumstances out of our control, Braids at Barracuda on June 23rd has been postponed until further notice. We hope to have information regarding a rescheduled date as soon as possible. Thank you.

Braids, composed of Raphaelle Standell-Preston, Austin Tufts and Taylor Smith, are a Montreal-based three-piece. Formed in 2007 in Alberta, they have solidified a decade-long reputation for their musical ingenuity and established themselves as one of Canada’s most acclaimed art rock bands, garnering two Polaris Prize shortlists and winning the 2016 Juno for Alternative Album of the Year. With Standell-Preston’s vocals as the pillar of their sound, Braids weave organic and electronic elements together amidst a lyrical landscape that is intimate, explosive, and emotionally-immersive.