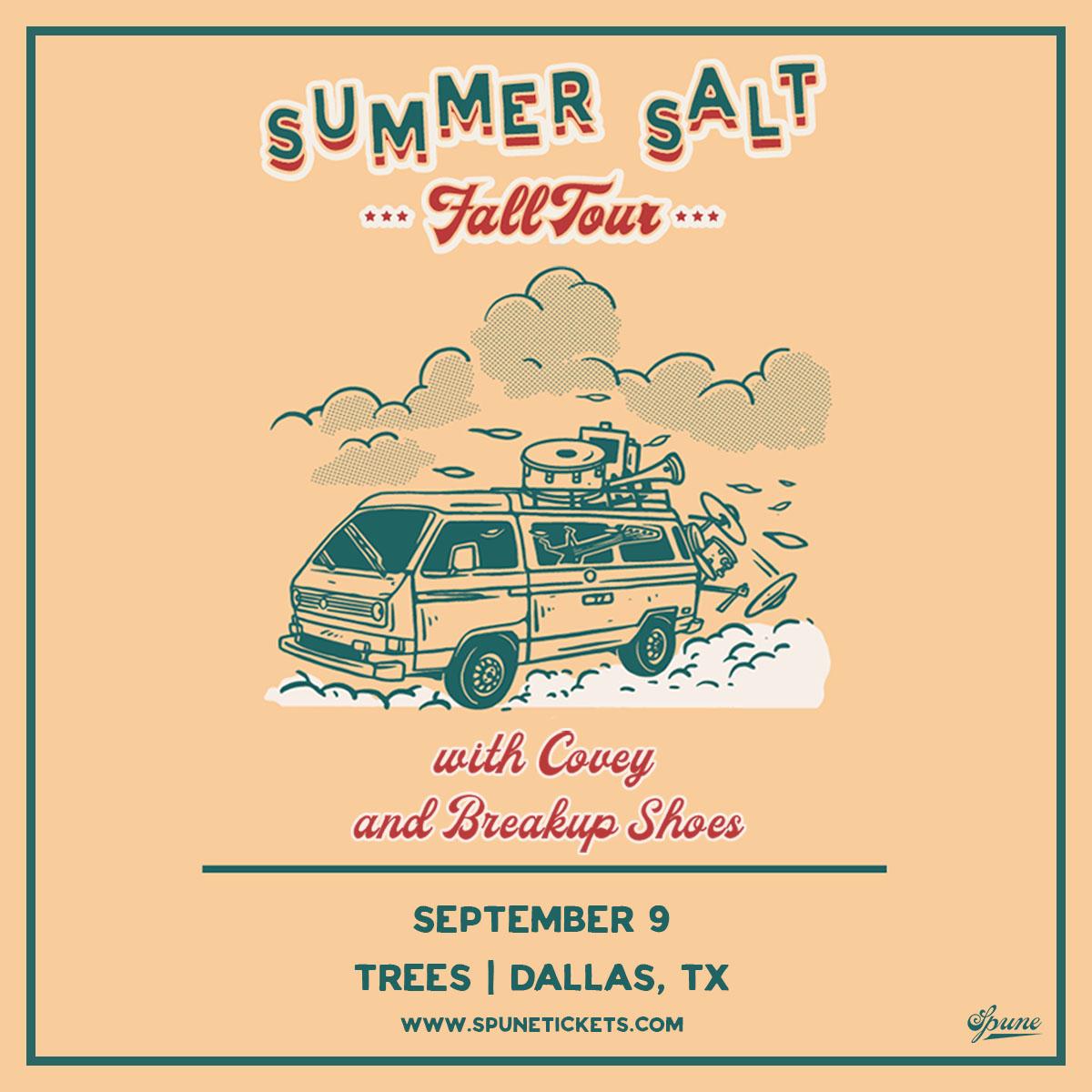 As kids, SUMMER SALT knew what they were running toward. Now, they’re ready to ruminate on what they’ve left behind.

In a way, the trop-pop duo – singer/guitarist Matthew Terry and drummer Eugene Chung – have been building to their brand-new album, SEQUOIA MOON, ever since jettisoning their Dallas, Texas, hometown for the arts-and-culture oasis of Austin after graduating high school in the early 2010s. The band quickly rose through the ranks of the local Austin scene with their 2014 debut Driving To Hawaii, teeming with both the escapism and recklessness of youth and the composure and charm of ‘60s-era pop, doo wop and bossa nova.

2018’s Happy Camper, 2019’s Honeyweed and 2020’s Avenue G further cemented the band’s place as one of the indie genre’s brightest stars. Summer Salt soared past 1 million monthly Spotify listeners and toured the world, all as Live Nation’s Ones To Watch and American Songwriter hailed them for their breezy, synesthetic soundscapes.

That streak will continue with SEQUOIA MOON. Produced by Phil Ek (Modest Mouse, Built To Spill, Fleet Foxes), the 12-song set, due out June 25 through Cherry Lime Records via The Orchard, finds Terry and Chung contemplating many of the same themes that drove them to pursue their dreams a decade ago – leaving, longing, returning back again – with the benefit of years in the rearview mirror.

“There’s a lot of running away on this album,” Terry says, noting SEQUOIA MOON is, at its core, a record about transitions: intrapersonally, interpersonally, and in the scope of the world at large. The songs are culled from diverse periods throughout the band’s history – standout “Colors Of Your Love,” among others, dates all the way back to 2013 – but their themes are timeless and indelible, detailing life at its most basic: the push toward a bright, bold future while looking back fondly on what’s led you there.

That juxtaposition is well represented musically, too. The hallmarks of Summer Salt are alive and well – the jazzy dynamism of “Hocus Pocus” and first single “Monday’s Facil,” the peaceful solemnity of “Trouble In Paradise” – while newer elements like synths and additional percussion push the band’s sound forward with a newfound moodiness and tension.

Terry hails Chung as a grounding presence to his own eccentric, blue-sky extravagance, and when the principals meet in the middle on SEQUOIA MOON, listeners are left with the edge and emotion of the band’s early work filtered through a more mature lens. As such, the album stands as another hallmark in a career of era-defying art that spans genres and generations – offering audiences the perfect blend between substance and sunniness.

“We loved writing this album with the hope that other people can relate to our stories and bring them some peace this summer,” Chung says.