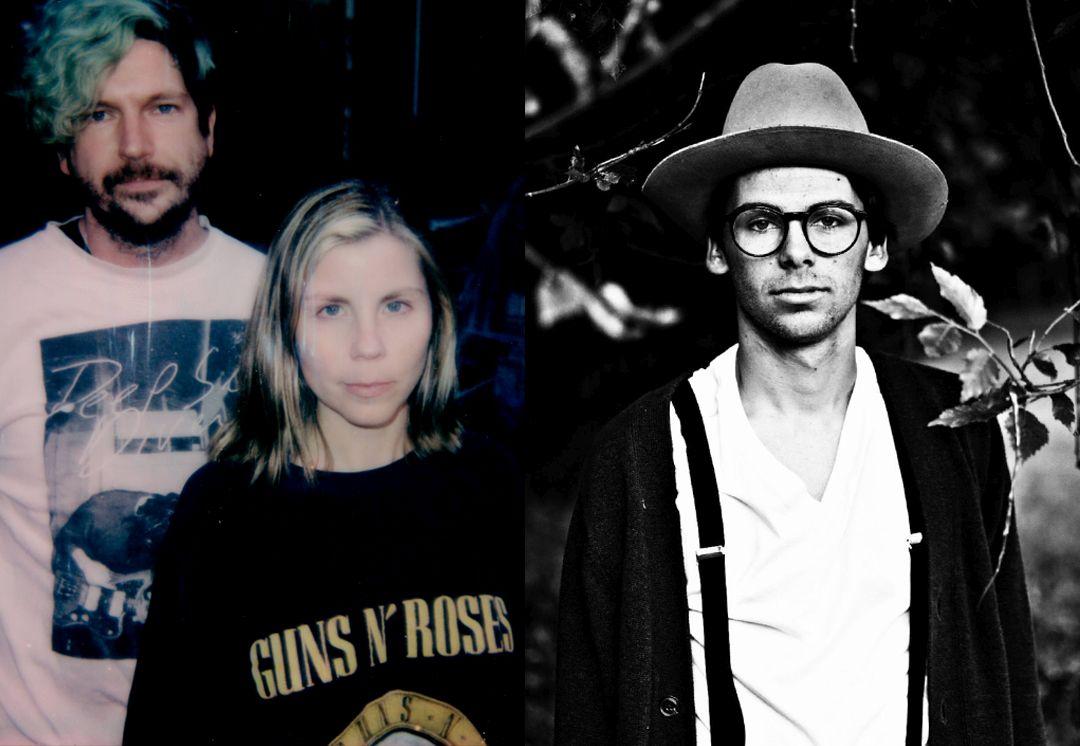 Jackson Scribner’s debut album came out on March 26th on State Fair Records / We Know Better Records. Since its announcement, the album has garnered enthusiastic attention from the likes of American Songwriter, NPR’s KXT, The Dallas Observer, Folk Alley, The Bluegrass Situation, Glide Magazine, and For The Rabbits among others. Just twenty years old, Scribner’s timeless rasp and melodic intuition makes for folk-informed indie that jingles with emotional immediacy, akin to CAAMP, Hiss Golden Messenger, or Tallest Man On Earth.

By word-of-mouth alone, the young songwriter nabbed fervent support from reputed local musicians like Jeff Ryan (drummed for St. Vincent, The War on Drugs, Daniel Johnston), who came on to produce his first album, as well as  John Dufilho (bass for The Apples in Stereo, The Deathray Davies), and engineer Jerome Brock (Cryptolog), who completed the band. Recorded at Consolvo Studio in Oak Cliff, Texas and mixed by Grammy-winning Stuart Sikes (Loretta Lynn, Cat Power, Phosphorescent, The Walkmen), the upcoming collection showcases Jackson’s precocity in its natural state.

Raised in Melissa, TX, Jackson Scribner grew up obsessed with music from an early age. He learned guitar when he was only nine and spent countless hours playing alongside his Dad and brothers at family gatherings. Being that the virtuoso is only twenty years old, that doesn’t feel all that long ago. Only in the last year and a half has Jackson put lyrics to his skillful instrumentals, making their timeless appeal all the more prodigious.

“Jackson Scribner’s Music Needs To Be Heard” — The Dallas Observer

“a very special talent, just waiting for the world to come along and

discover how great he could become.." — For The Rabbits

"Jackson Scribner is a short set of lo-fi folk tunes grounded in small-town Texas, its people and landscapes. Scribner’s songwriting feels honest and true, to himself and where he comes from, telling stories about coming of age, with all the sweet rebellions and naïve revelations that go along with it." - No Depression

Mara Lee Miller’s songs have been fiercely protected and quietly celebrated since 2005. Bosque Brown Plays Mara Lee Miller found listeners already warm to the plains-hearted music everywhere in the mid-aughts. Bosque Brown’s first release transcended those old-country and freak-folk trends, evoking a greater reason these sounds were popular: Miller’s songs evoked starlit roads and churches of rural Texas where she grew up just as they brushed a desire for healing common among those who associate those places with spiritual injury. This dichotomy was not resolved in Bosque Brown’s music. The bones of each hymn were strong enough to withstand trembling — the kind brought by fear, and the kind brought by wonder. Miller’s inner world was dark. It was only hers, and with the songs she kept the truth.

When the four-tracked demo that prefaced Bosque Brown Plays Mara Lee Miller caught the attention of Burnt Toast Vinyl, performance was not Miller’s focus. Neither is it her focus now. It is heartrending and special to hear Bosque Brown live. Those who did at the beginning remember the awe inspired by Miller’s voice and her talent for silence. She is an artist devoted to privacy and process, so a band formed around her in service to the first record in the safest way possible: her husband, her sister, and two friends played. One of them was Jeremy Buller, then an unknown guitarist whose reverence for Miller’s songs could be felt in the room.  He went on to play with Sarah Jaffe, OK Sweetheart, Sophia Duccini and other artists whose work was clarified in his gentle, careful ear as a producer and sought-after multi-instrumentalist.

Bosque Brown had one more release on Burnt Toast Vinyl, Baby, and the self-released Us and Little Sea crystallized a partnership between Buller and Miller that continues to grow. With fall 2021 comes an opportunity to witness the pair live for the first time since 2013. During this hiatus from shows, Miller’s voice has been heard by new audiences via soundtracks to films like David Lowery’s The Old Man and the Gun. The possibilities of Bosque Brown always begin with the song itself, and with Buller standing alongside Miller as a mirror to the listener’s awe, every song will continue to be treasured.