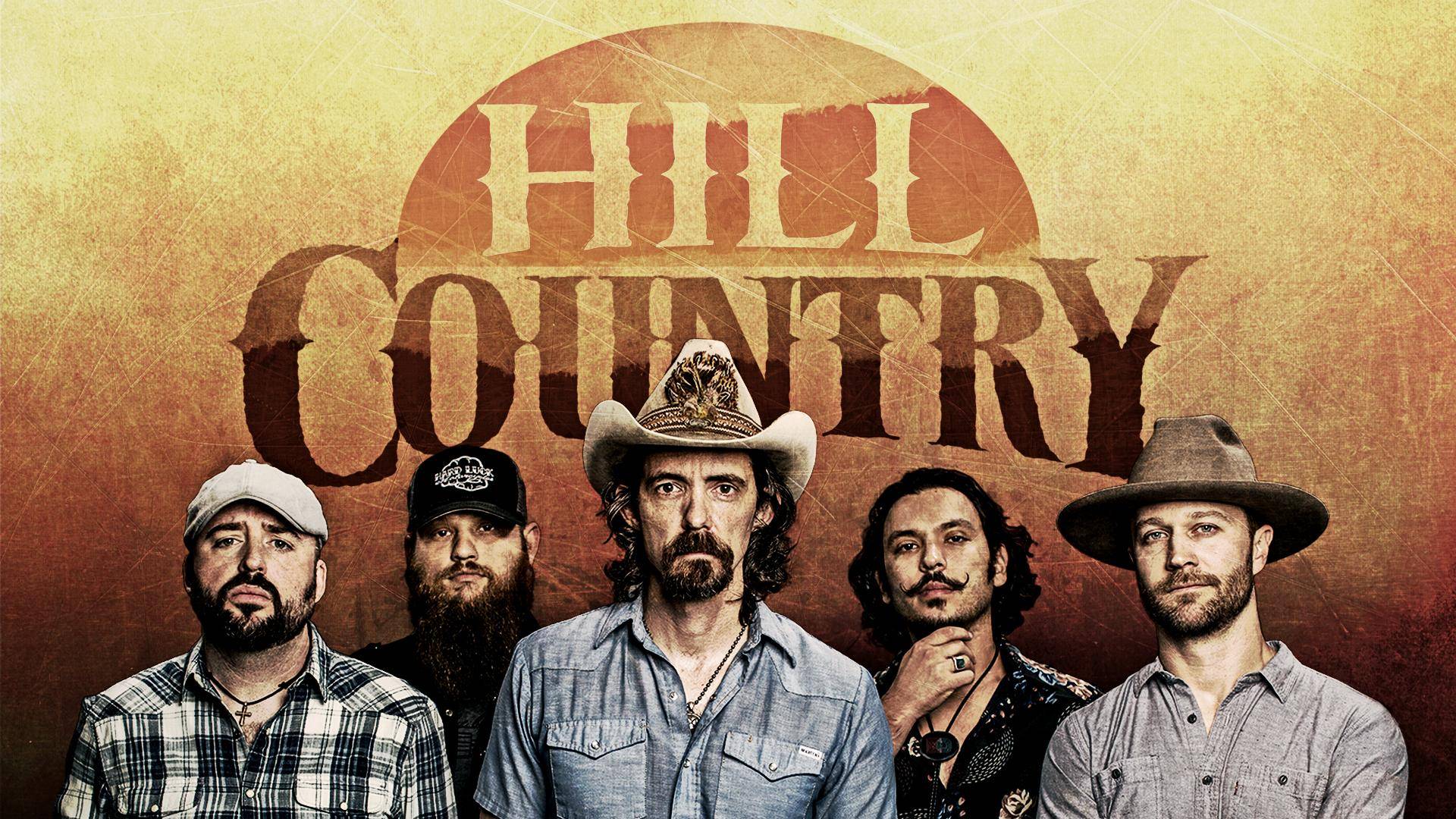 Texas-based outfit “Hill Country” travels the borderland between musical genres,
busting down the gates that separate country, bluegrass, folk, and acoustic rock. Listening to the interweaving 5-part harmonies, rock-solid songwriting and effortless musicianship, it’s natural to assume they’ve been playing together for years, yet it wasn’t until late 2019 that their five paths converged.

Primary front man and songwriter Zane Williams was already a well-established solo act with a loyal fan base and seven albums under his belt when he reached out to fellow Texas troubadour Paul Eason about starting a band. Paul had three solo albums of his own, not to mention a coveted side-man position playing lead guitar for Texas legend Kevin Fowler, but was immediately intrigued by the idea of a more collaborative project.

Houston-based drummer Lyndon Hughes was next hop on board, bringing his passion for group vocals and extensive engineering and producing experience working with artists like Cody Johnson, Sundance Head, Roger Creager, David Grace, and more. A jam session at a demo studio brought them all together with multi-instrumentalist and singer Andy Rogers on banjo, dobro, mandolin and guitar, and the chemistry was immediate. Eventually the band’s unique vocal blend crystallized with the addition of Austin’s own Sean Rodriguez on bass and
vocals.

Recorded in Austin and Houston over a period of eleven months, Hill Country’s selftitled debut album takes the listener on a sprawling journey through twelve original songs arranged, produced, and performed by the band members themselves. Album opener “River Roll” weaves three acoustic guitars and vibey, percussion like the echo of a 70’s-era James Taylor. Rootsy rocker “Work to Do” would feel right at home on a Steeldrivers album, while the lost-love lament “Dixie Darlin” recalls the traditions of Lonestar story-tellers like Jerry Jeff
Walker and Michael Martin Murphy. Album standout “The Eagle” is an instant classic, poignant and concise, lifted by soaring harmonies over a bed of dobro, mandolin, and guitar.

Whether it’s the Texas hill country, the hills of Tennessee, California, Georgia, or New York—-the term “hill country” is as universal as music itself. The men of Hill Country have spent countless miles exploring territories both musical and geographic, and yet their journey together, perhaps their greatest journey yet, is just beginning.