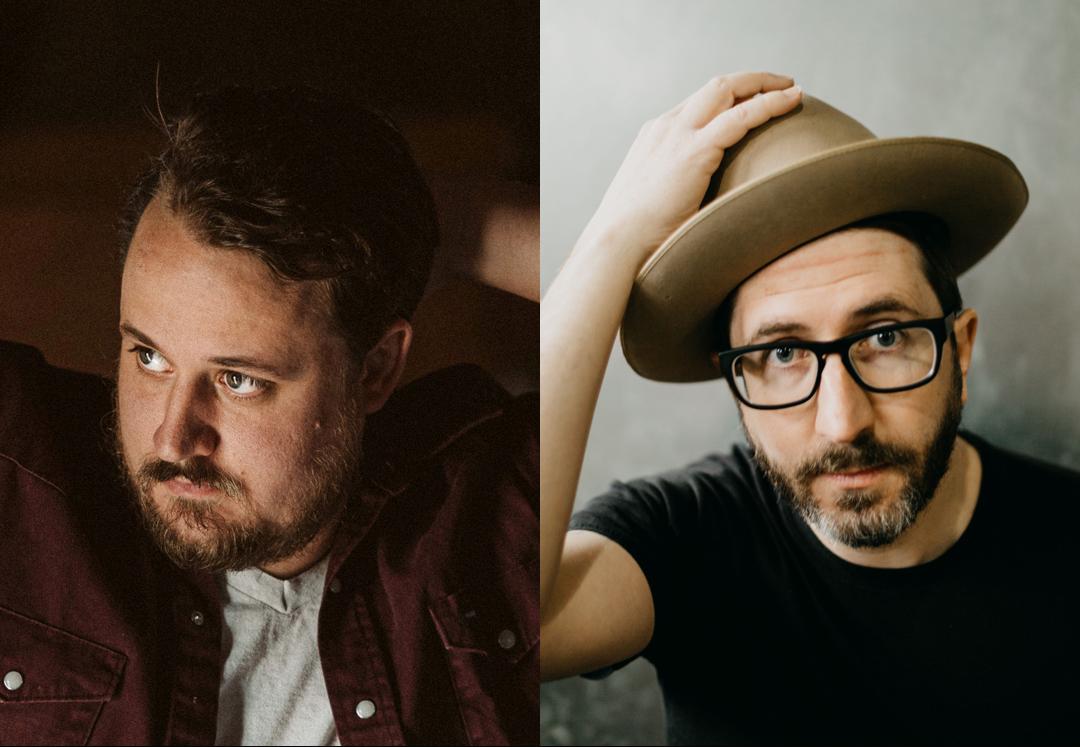 Billy Law
You may not notice it at first, but Billy Law’s debut album Alone Somewhere is telling you a story. It’s a story that feels familiar. You can’t quite put your finger on it, but then it hits you - you know this story because it feels like your story. This is a story of life, lived. Ups and downs and middle grounds, the good and the bad wrapped up together because that’s precisely how life works. As you work your way song to song, the album plays like a soundtrack, detailing events through the passage of time that you may not have lived directly, but feel deeply. It’s a masterful summation of human experience: the uneven act of growing up, youthful mistakes and adulthood regrets, finding, losing, and earning love, and the daily attempt to understand the person in the mirror.

It quickly becomes clear that while Alone Somewhere may be his debut, Billy Law already has the songwriting chops of a veteran musician. Perhaps it’s the influence of the decade he’s spent as bassist for the raucous and nationally-acclaimed country-rock band Ottoman Turks that has lent such rough-and-tumble life experience. One might certainly be surprised to find that a single band has produced multiple celebrated songwriters, with Billy Law joining his bandmate Joshua Ray Walker in crafting stellar solo albums. Even as a solo artist, he has shared the stage with the likes of America and Bob Schneider. But it is just as likely that the normal, non-rock star life has provided fuel for the songwriting fire: there’s plenty of rough-and-tumble to be found in the journey of self-discovery that is graduation, working for a living, chasing your purpose alongside friends and family. Both sides of the singer are fully realized, giving the songs a lived-in feeling like an old friend’s greeting, the touch of worn leather, the taste of a favorite meal.

Much like Ottoman Turks, Billy Law has little regard for sticking to single genres, influenced by classic country masters like Guy Clark, singer-songwriters like Josh Ritter, and indie rockers like Manchester Orchestra and the National. Despite the varied elements from which it draws, there’s a cohesive vibrancy that runs through the album as Law and his band, lovingly known as “The Baby Boys”, wind these colorful threads together. It makes for intriguing listening, appealing to diverse tastes and ages as they incorporate the country-shuffle drinking song of “Voicemail,” indie rock drama and rolling-thunder drums on “It’s Not Right,” and the dreamy Americana of “Wake Me Up Too.” Songs tend to rise and fall with the emotion of the lyrics, and at times Law is almost whispering, only to crescendo with the band in a plaintive moan or impassioned shout. The creation of the album itself mirrored the highs and lows present in Law’s songs, recorded over four years in friends’ home studios, living rooms, and closets. This long, slow, homespun method certainly finds its way into the sound of the album, where you can almost palpably feel the late nights and low lights that produced it.

Billy Law may not be a name you yet know, but his songs will speak to you in a way that’s startlingly familiar. Like revered songwriters on classic albums, Law crafts tunes that are at once painfully personal and yet universal. His songs are raw, truthful, real. He has lived these lyrics. And in his sometimes weary but always urgent voice you find kinship. Alone Somewhere simultaneously plays like an epic concept album and a series of intimate case studies that are easy to dig into over and over again. Either way, it’s best paired with a glass whiskey, ready to drown your sorrows and toast your triumphs in equal measure. And Billy Law will raise a glass right along with you.

Or Chris J Norwood, as the Dallas-based singer-songwriter bills himself, is not cool.
So “not cool” that when searching for a synonym for “uncool” that starts with “J” in order to complete a lame joke, this writer could not find one.
Pretty damn uncool.
Norwood is honest, however, and in a world that becomes more cynical by the moment, the kind of honesty that he conjures and delivers so eloquently and elegantly on his new, very uncool, album I Am Not Cool (Aug. 20th, State Fair Records), well, that kind of uncool is… cool?
The album is the follow-up to Norwood’s much-praised 2017 debut record Longshot.
In addition to Norwood’s genial ability to say things you may not want to hear and leave you appreciating the experience, he is also masterful at a kind of tongue-in-cheek levity that is sorely missing from this genre.
There’s only two kinds of music / What’s true and what ain’t / It only takes three chords to set the record straight
Norwood sings these lyrics on the “I Am Not Cool” title cut, a perfect example of how his economy of words is quizzical, meta, and puts a smile on your face all at the same time.
But, wait, there’s more.
Norwood really gets going on the album’s second single “I Need You (To Quit Breaking My Heart),” which is such a plainly evocative song title that other songwriters should be shaking a fist in Norwood’s general direction for thinking of it first. A universal sentiment succinctly stated.
“It’s a 10-year marriage kind of love song,” he says of the tune, and as if to hammer that description home, Norwood’s wife Carrie joins him on vocals, which adds a whole new level of “what is going on here?!” to the proceedings.
Further on, “Good Guy With A Gun” will remind listeners of the political rhetoric it references, but is more tragically tied to the songs from Norwood’s debut album, which dove head-first into his very personal story of growing up as a child of a father who died by his own hand.
“This song is about that,” he explains, “But more than that it’s about the ridiculous theory that the NRA likes to tout. The only way to stop a bad guy with a gun is a good guy with a gun? My dad was a good guy with a gun, so how were we supposed to stop him from killing himself?”
Once again, it is astounding how Norwood is able to take such personal matters, write about them with conviction and clarity, make it catchy and memorable, and make you feel like you challenged yourself and had a chuckle all at once.
Uncool? Hmm.
Frankly, Norwood says that claiming himself “uncool” may be an awful career move. “I’ll either make it or break it as uncool Chris J Norwood,” he opines on the topic.
But, the thing is, Norwood’s work is righteous no matter how it is perceived by anyone who makes judgments about “career moves.” This brand of vulnerable, self-effacing songwriting, salted with a bit of required brainpower… it’s unique. And it’s here to stay.

Maybe the J stands for “justified?”