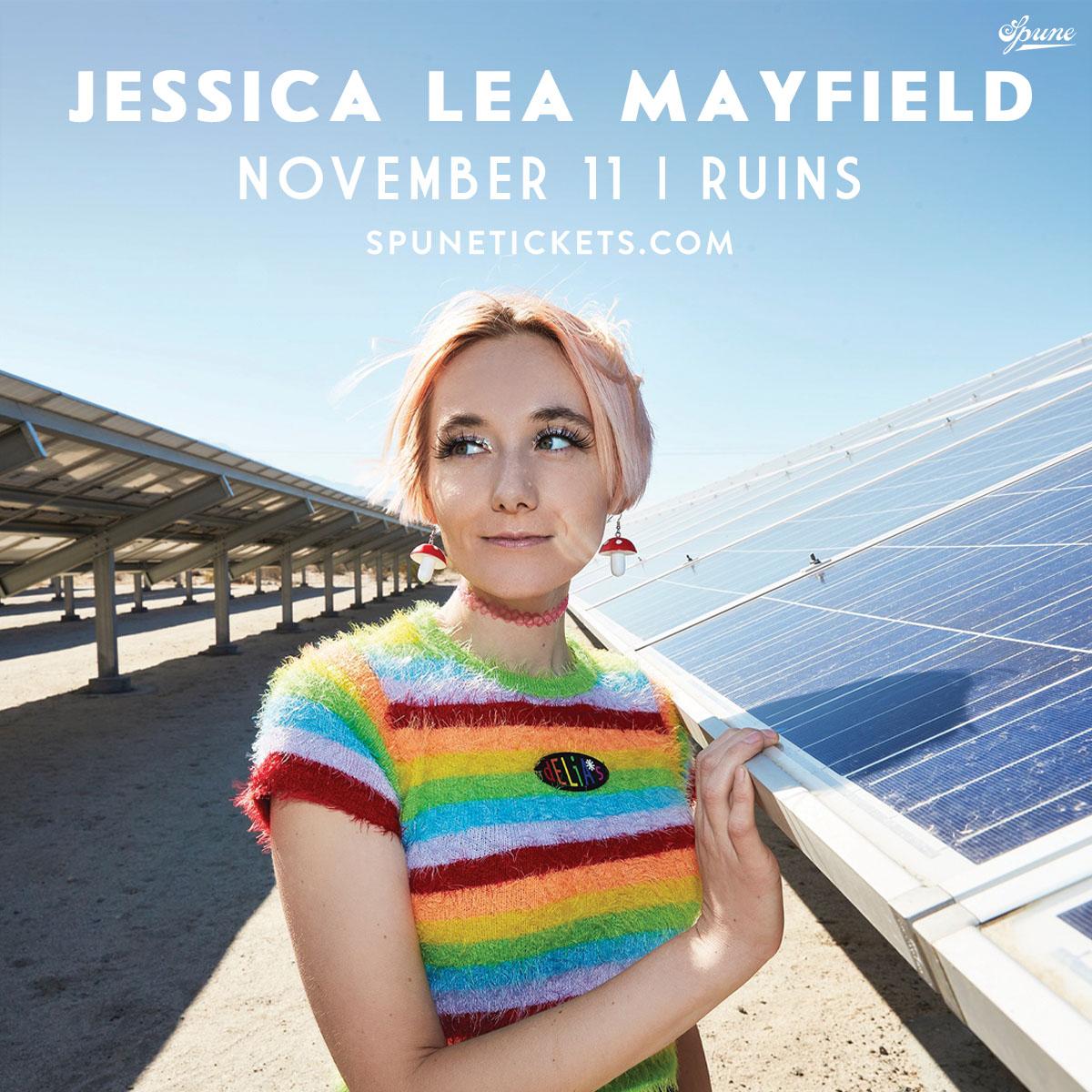 Today Jessica Lea Mayfield shares the self-directed video for “Emotional Abandonment”, starring herself and her dog Yoshi. The visual follows Mayfield and Yoshi as they get evicted and have to come up with a strange plan to secure a forever home. You can watch here.

Jessica Lea Mayfield has announced her sixth album as a series of two song increments on 7 inch multi color vinyls. The first two songs “Emotional Abandonment” and “Daddy Boyfriend” can be heard here. She also shares the animated video for “Daddy Boyfriend” by NYC artist Abby Jame. You can watch here.

“I wanted to give my audience something special to look to forward too, so I’ve decided this next album will be released in 2 song increments on 7 inch multi color vinyls. Quarantine gave me a unique opportunity that I’ve always wanted, which was to do everything myself, from playing all the instruments, to engineering and producing. This album is 100% my weird little baby. I’m still writing about tough topics and using songwriting as a way to purge my feelings. My last album was my first words with my head above the water, singing about who I wanted to be and what I deserved. this new project documents acting out those hopes for myself, my healing process, gaining strength and wisdom through recent tragedies, and the grieving process of breaking things off with toxic family members and living out the childhood I missed out on now as an adult. I’m hoping that you will relate to these songs in some way, and they will be as healing for you as they were for me to write.”

Mayfield first performed with her family bluegrass band One Way Rider at the age of 8. They began touring as a family band, boarding a 1956 tour bus (once belonging to Bill Monroe, Kitty Wells, and Ernest Tubb) and headed south from Ohio to Tennessee. At age 11, Mayfield began playing guitar and writing songs.

At age 15, Mayfield recorded her first album White Lies under the moniker “Chittlin’”, printing only a few hundred copies. One of those copies fell into the hands of Dan Auerbach of The Black Keys. After an introduction, Mayfield and Auerbach hit the studio, laying the foundation of her debut album With Blasphemy So Heartfelt. Pitchfork Media gave the record a rating of 8.2 out of 10. Online magazine Blurt named the record the Best Album of 2008 and gave Mayfield the title of Best New Artist of 2008.

Her latest record, ‘Sorry is Gone’ was released in 2017 and detailed her years of quietly enduring domestic abuse by her then-husband