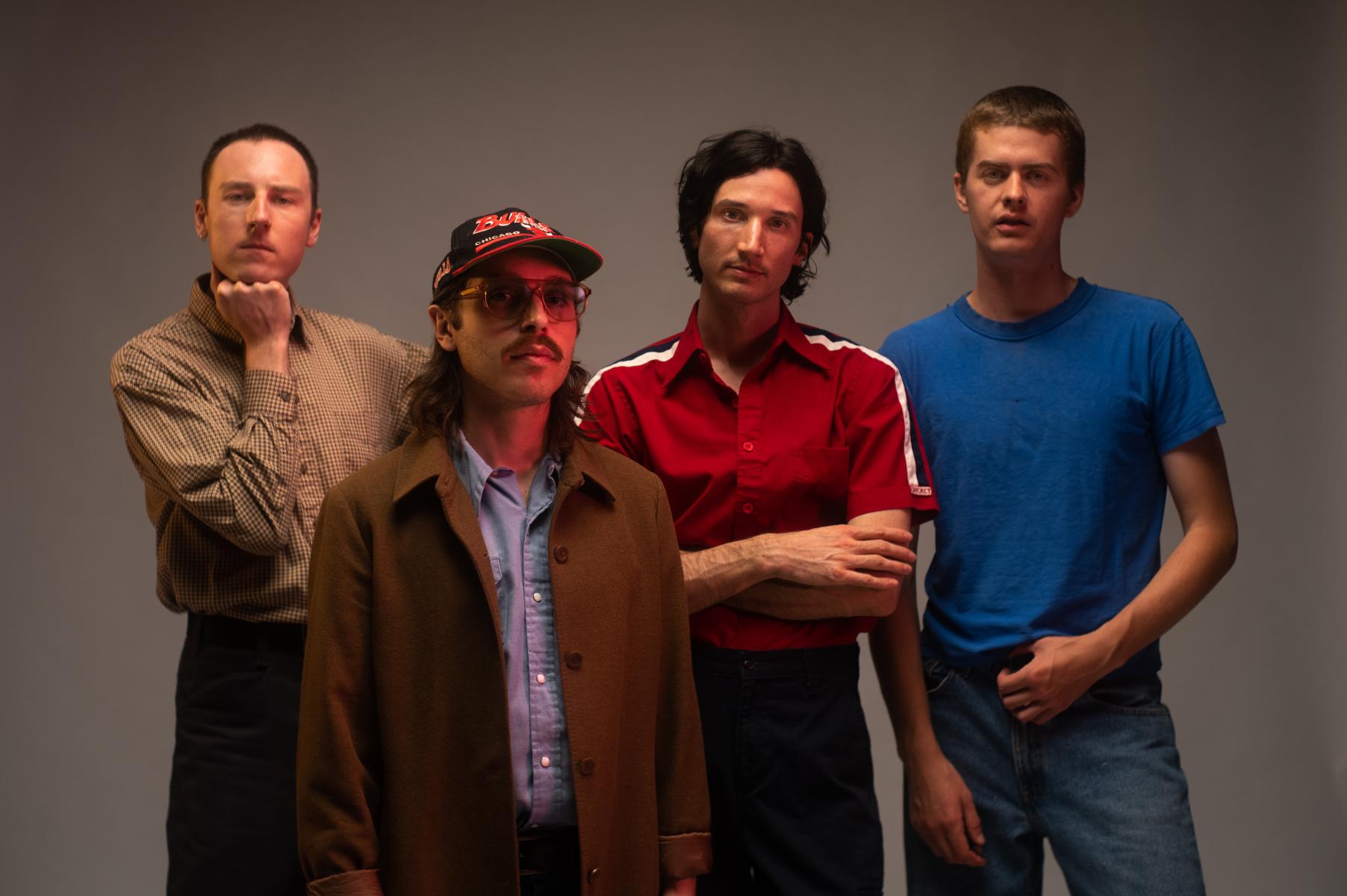 Restlessness is the first step towards pleasure. We make comfort out of discomfort, pleasure out of pain. That journey isn’t always a straight line, but at least we’re going somewhere real. “I had to move, Lord I couldn’t be still” is the unsettled way that Video Age’s new album and title track, Pleasure Line, begins. But as the song unfolds, it uplifts us into a romantic space of possibility and love. Just as “love” is both a noun and a verb, Pleasure Line is both a road to be traveled and the act of crossing that road.

Video Age’s first two albums were about loneliness and discovering oneself, but Pleasure Line takes on a whole new attitude, considering songwriting partners Ross Farbe and Ray Micarelli are both getting married this year (just a few weeks apart from each other, too). But these songs aren’t expressions of one-dimensional puppy love—this is euphoria with depth, ecstasy with complications.

Video Age’s third album, due out from Winspear on August 7, 2020, pairs neon-bright 80s pop melodies with a vast range of influences (including Janet Jackson, David Bowie, and Paul McCartney) to create an optimistic sound all their own. The influences vary song to song, but they’re all tinted with the same rosy hue. These are catchy, memorable songs that radiate big “glass half-full” energy. Pleasure Line is a salve that protects against cynicism—listening to this album, you can’t help but feel the world around you is full of romantic potential.