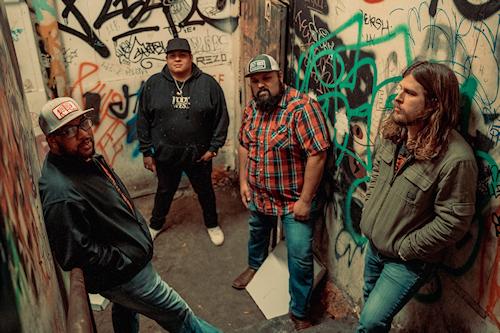 Back in 2015, when Giovannie Yanez decided to put a band together, he wanted to form a band of brothers who could put on a high energy show and deliver a sound that the Texas Country scene had never seen before.

It’s 2019, and Giovannie and the Hired Guns have done just that. This group out of Stephenville, TX has made a name for themselves in the Texas music scene, where they’re known for playing thrilling shows that will always keep you on your toes. The band is made up of Giovannie Yanez (Vocals/Acoustic Guitar), Chance Bannister (Lead Guitar), Adam Urbanczyk (Rhythm, Lead Guitar), Alex Trejo (Bass Guitar), and Milton Toles (Drums).

New for 2019 is their single “Lover Boy”, a catchy, upbeat love song, and the first new music since the band’s first album, “Bad Habits”. On that note, the band is in the process of putting together their sophomore album, with a release planned later in 2019.