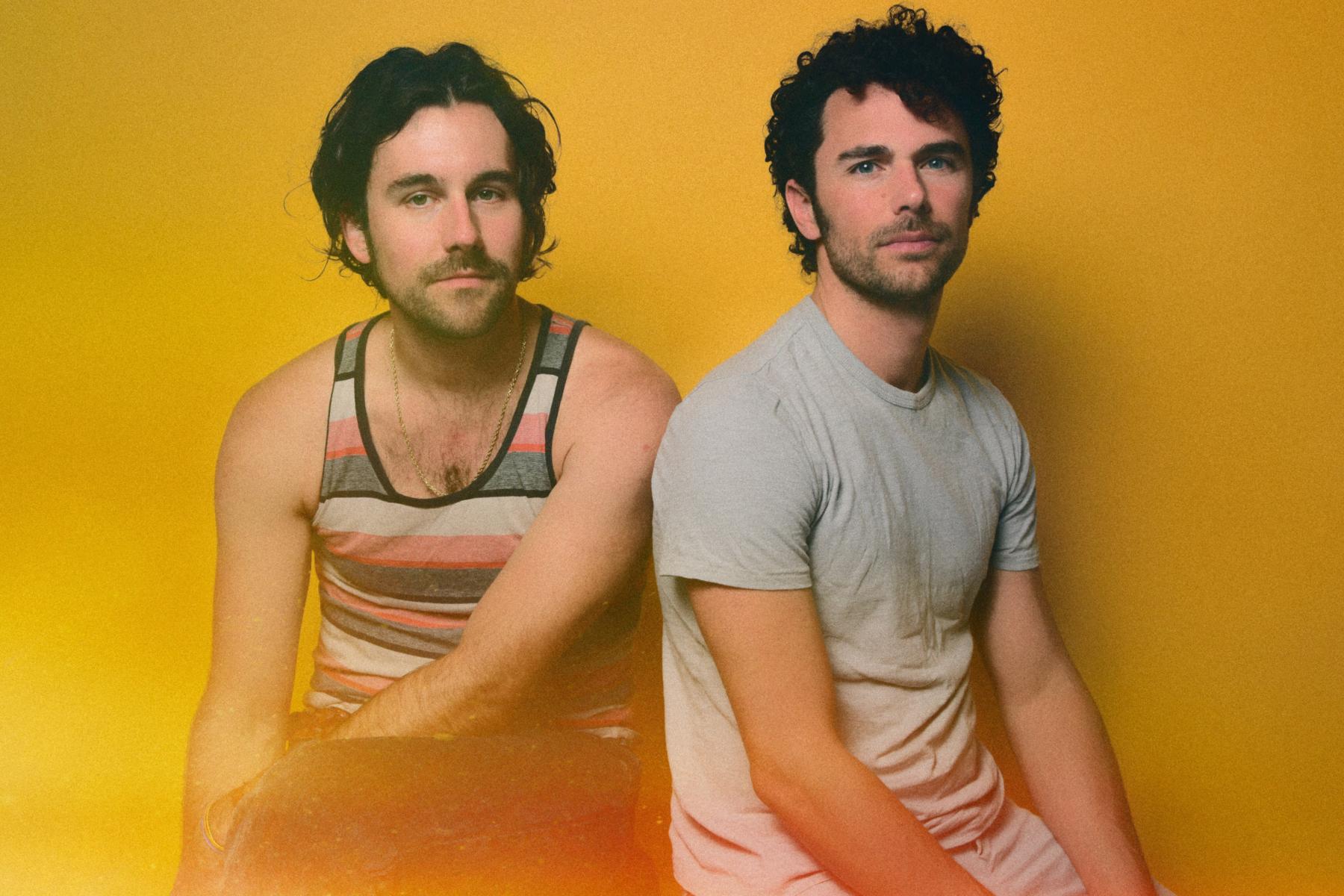 From playing on the streets of Boston to now performing in venues across the globe, the duo of Paul Wright and Tim Harrington, together known as TALL HEIGHTS, have built a career from the ground up, diligently as a relentless touring act. It’s been a journey of consistent evolution for the longtime best friends – everything from instrumentation to production to the size of their band has changed throughout the years, hand-in-hand with an ever-growing audience of listeners. Yet with all of this change, there remains a distinct DNA that courses through the entirety of Tall Heights’ music. The potency of their sound cannot be credited to harmony alone, but rather a unique union of two distinct voices that makes the music inarguably their own.

Tall Heights’ story begins just outside of Boston in Sturbridge, MA, where Paul became close friends with Tim’s elder brother. Two years Tim’s senior, Paul grew up in a family of classically-trained musicians, taking up the cello at a young age, while Tim, the middle brother of three boys, grew up in a household largely devoid of music. While Paul was a consistent fixture in Tim’s life, it wasn’t until high school, when they both took up playing the guitar, that the two began working on music together. Paul recalls, “This kid who had been my best friend’s little brother, not someone I had ever felt connected to, was suddenly my best bud with a shared dream­­­.” Tim echoes the statement, describing himself as the “eternal little brother” and musing on the disparate beginnings that eventually evolved into the musical partnership it is today.

Flash forward to 2018 and the twosome continue on their biggest winning streak yet; with 130 million streams under their belt and touring alongside the likes of Ben Folds, CAKE, Judah & the Lion and Colony House, they ­­­­now gear up for their sophomore album Pretty Colors For Your Actions. Co-produced by Oliver Hill and Steve Wall (both of whom worked with the group on their 2016 LP Neptune), the 11-track album is a sonic universe where man-made instrumentation meets grandiose, contemporary production. Stepping back from the production-heavy, synthetic palette of Neptune, (itself a reaction in part to the acoustic instrumentation of 2015’s Man of Stone), Pretty Colors For Your Actions was recorded with a live band in-studio, creating what Tim describes as, “something much more alive and tactile,” than their previous work.

In a rapidly changing musical landscape, Tall Heights’ commitment to a singular sound is what holds the duo together. It’s an emotional partnership of Yin and Yang that runs as boldly through their harmonies as it does their friendship. Tim, the more outspoken of the two, is constantly five steps ahead of whatever is happening in the studio. Described by Paul as able to “tap into a creative superhighway at a moment’s notice,” Tim’s instincts often drive the group towards the end-product of an album. And if Tim is the spark of spontaneous artistic inspiration, Paul’s songwriting prowess fans the flames. Described by Tim as “his silent sage” and the band’s “true ace-in-the-hole,” Paul brings his lifetime of classical training and understanding of harmony to keep the band on track both lyrically and compositionally. “He’s careful, but not out of fear,” Tim reflects on his bandmate. “Instead he has this profound inner trust that the finished product will be worth the wait.” These two opposing forces create a balanced synergy for Tall Heights: Tim’s instinctual emotionality pushes the group towards completion, while Paul’s quiet musings pull back to refine. It’s this complementary duality, a pairing of disparate strengths that work together as harmoniously as the music itself.

“No matter when you’re creating – culturally, politically, environmentally – the only thing that endures is something that is art across all borders and times,” says Tim, explaining, “It needs to first and foremost be a thing that’s worthy of consumption on an emotional level. Anyone can make a comment on something with their words, but the things that last are the things that inexplicably capture your heart.” Although speaking broadly about the nature of art, the sentiment is the perfect analogy for Tall Heights’ enduring success. From their start nearly ten years ago up until now, perhaps the only thing that hasn’t changed for Paul Wright and Tim Harrington is, in fact, each other. It’s this union of two seemingly opposing pieces, coming together as one, that remains the undeniable force in Tall Heights’ success, propelling them off the streets to venues across the globe, from relative anonymity to their major label debut and hundreds of millions of streams. In harmoniously committing themselves to a signature sound, a product of their unique and undeniable relationship, Tall Heights sets the groundwork for an experimental sonic universe all their own.