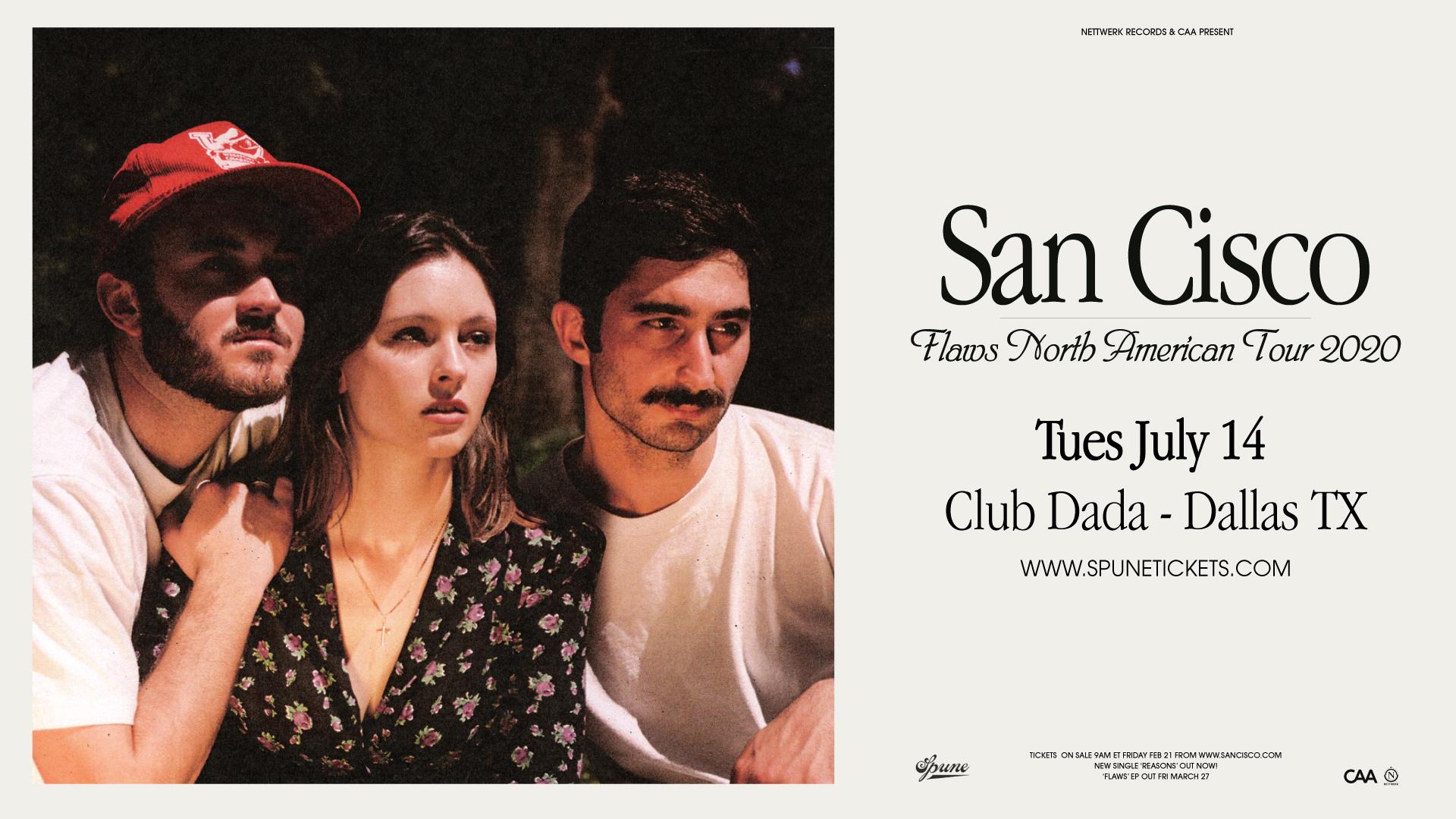 San Cisco return with their brand new single ‘Reasons’, the first from the indie pop trio’s upcoming ‘Flaws’ EP due for release in March.

‘Reasons’ is a continuation of the indie pop signature sound the band have become known for. On the song, frontman Jordi Davieson states that it is “...about letting the person you love know that you feel their pain and it is ok to be vulnerable. We make mistakes all the time but we can heal these fractures in our relationships with communication and trust. The sentiment is not about dismissing the pain but more about sharing it.”

With added production and mixing from Chris Coady (Yeah Yeah Yeahs, Beach House, Grizzly Bear), ‘Reasons’ is an affirmation to someone you love that sharing even the darkest side of oneself will bring healing.  The song delves into the complicated part of relationships but delivered in the band’s signature style of catchy, summery pop.

Following on from the genre-bending previous single ‘Skin’ and off the back of a run of sold out tour dates in 2019, the band will embark on a three-month world tour in support of their Flaws EP with shows in Australia, UK, Europe and North America.